Calling a Lie a Lie: On the First 100 Days of Donald Trump’s Presidency

From the PEN America Report on Free Expression

The following is from the PEN America report on free expression in the first 100 days of the Trump administration.

A unique challenge posed to free expression by President Trump is his propensity to lie. President Trump’s tendency to make statements that are verifiably false has been well-documented in the press. Both The Toronto Star and The Washington Post keep running tallies of the President’s falsehoods; as of April 26 the Star had counted 212 “bald-faced lies, exaggerations and deceptions the President of the United States of America has said, so far,” and The Post had listed 414 “false or misleading claims.” He lies so much that it has spurred efforts to create a more precise terminology to refer to the variety of falsehoods he utters—“untruths,” “debunked claims,” “claims with no evidence,” “unverified claims,” and plain old lies.

It is possible, indeed likely, that some of the President’s falsehoods are uttered without the active intent to mislead. But it is also undeniable that there is malice behind many of Trump’s false claims. After all, well before deciding to run as a candidate for office, Trump was well-known as a leading voice of the “birther” conspiracy, in which he for years repeated the lie—without any evidence to support it, and abundant evidence to refute it—that President Barack Obama had not been born in the United States, an effort to delegitimize his presidency. Trump was the face of an ugly campaign to demand that the first black President of the United States show his papers. And even when his tireless taunting succeeded in forcing the release of Obama’s long-form birth certificate, which proved once again that he was born in the state of Hawaii, Trump continued to insist upon his own lie. Only when it became politically expedient for him to abandon the lie did he do so, in September 2016—more than five years after first endorsing the conspiracy theory—when he begrudgingly said, “President Obama was born in the United States, period,” without an apology.

The implications of the President’s habitual falsehoods for free expression are dire. It is, of course, true that the First Amendment fully protects citizens’ rights to tell lies. All politicians stretch the truth, and tell the occasional whopper. But Trump—the President of the United States, the Commander in Chief of the US Armed Forces, and the most prominent public representative of America to the rest of the world—lies as a matter of course, with no apparent concern for whether his statements have any basis in reality, no hesitance to make an assertion on a topic he is unfamiliar with, and no remorse or even acknowledgment when his statements are proved to be false. Trump has been known to repeat contentions from certain news and information outlets known for hyperbolic and false claims without verification, elevating tabloid-type sensationalism and baseless hype to the level of a presidential pronouncement. Presidents are expected to try to elevate the quality of political discourse, to remind us of our shared principles and values. Trump’s lies cheapen and degrade our politics and the ideals that undergird the nation.

To illustrate the serious consequences wrought by Trump’s untruths, however casually he asserts them, consider his lie that millions of people voted illegally in the 2016 election, a claim he first made on Twitter on Nov. 27. He has repeated this lie several times, on some occasions also claiming—without any evidence—that those who voted illegally were undocumented immigrants. The lie appears to have originated from Infowars, a conspiracy theory site run by radio host Alex Jones, who also claims the Sandy Hook school massacre was a hoax, and that both the 1995 Oklahoma City and the September 11th, 2001 terrorist attacks were orchestrated by the US government. Trump appeared on Jones’ radio show as a candidate and told Jones, “Your reputation is amazing.”

Trump’s claim of illegal voters has been thoroughly refuted by political and electoral officials from both parties, as well as by Trump’s own lawyers, who stated in a court filing opposing a recount in Michigan that “All available evidence suggests that the 2016 general election was not tainted by fraud or mistake [emphasis in original].” However, while there is not a shred of evidence that widespread voter fraud exists in the United States, Trump’s power as President allows him to propagate the lie at will—including by having his Press Secretary, Sean Spicer, scramble to defend his claim to the press corps, and announcing in February that he would set up a commission headed by Vice President Mike Pence to investigate voter fraud. His claim has also lent a clever justification to the efforts of some state lawmakers to tighten voting laws in ways that could have a demonstrable impact on the ability of millions of US citizens to vote: In Arkansas, Iowa, Nebraska, and New Hampshire, proposals to make it harder to vote by requiring voters to show identification or through other restrictions have been justified by lawmakers due to the “perception” of widespread fraud, even as they acknowledge there is in fact no widespread fraud.

Thus, a false claim made by Trump—most likely motivated by his pique at losing the popular vote by nearly three million votes—has undermined the integrity of the entire US electoral system, lent a veneer of legitimacy to a conspiracy theorist, and provided a rationale for introducing new state laws to restrict voting rights.

Relentless lies spread from the highest levels of government damage our ability to have a reasoned discussion grounded in truth—in verifiable, commonly accepted facts. Trump’s falsehoods are an attack on the very idea that truth exists. Democracy cannot survive in a climate where nothing is true, nothing is provable beyond doubt, no evidence is sufficient to establish a claim as fact. Authoritarian leaders know how powerful it is to weaponize the truth—to erode public confidence in all objective sources of information, to persuade them that nothing and no one else can be trusted but himself. Vladimir Putin, like his Soviet forebears, is a master of this form. President Trump is not an authoritarian ruler—not yet. It is not even clear that this is his aim. But his reckless disregard for the truth puts the country on a perilous path, opens the door for present or future authoritarian tendencies to take root, and makes it harder for the US to challenge the falsehoods uttered by Putin and those like him.

The President’s willingness to lie requires a forceful, sustained response from everyone if we are to prevent the complete breakdown of democratic discourse and the ability to identify common ground on which to build. Those who bear the highest responsibility to stand up and correct his falsehoods, as often and as loudly as necessary, are those in government, most especially his own staff and the elected representatives of the Republican party. Loyalty to one’s party or one’s boss cannot be allowed to outweigh the basic obligation to distinguish between what is true and what is false. Everyone, whatever one’s level of political engagement or party affiliation, must stand rm for the truth.

A Writer to the Very End: Remembering the Great "Gatz" 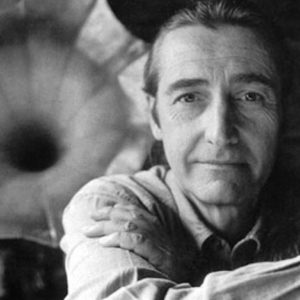 A Writer to the Very End: Remembering the Great "Gatz"

William “Gatz” Hjortsberg had everything going for him except time. Days before the diagnosis in early March—pancreatic...
© LitHub
Back to top