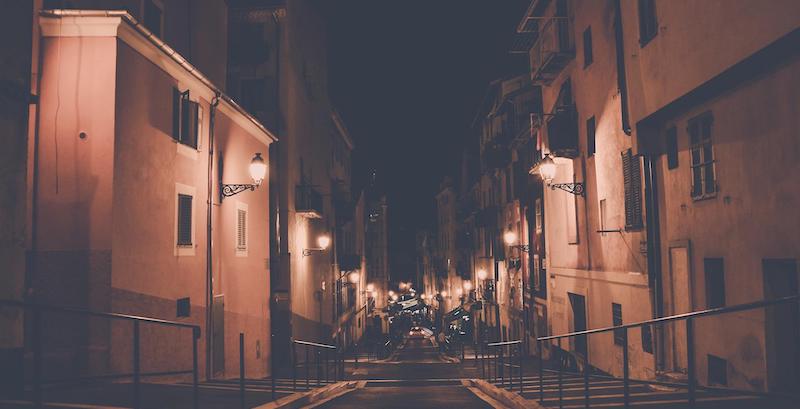 I am the only one who ever lived who remembers
my mother’s voice in the particular shadow
cast by the skyfilled Roman archway
which darkens the stones on the down-sloping street
up which she has now come again suddenly.
How the archway and the voice and the shadow
seize the small triangle of my soul
violently, as in a silent film where the accompaniment
becomes a mad body
for the spirit’s skipping images—abandoned homeland—miracle from which
we come back out alive. So here from there again I,
read it off the book of time,
my only time, as if in there is a fatal mistake of which
I cannot find the nature—or shape—or origin—I
pick up the infant and place it back again
to where I am a small reservoir of blood, twelve pounds of bone and
sinew and other matters—already condemned to this one soul—
which we are told weighs less than a feather, or as much
as four ounces when grown—as if I could travel, I back up
those arteries, up the precious liquid, across the field of methods, agonies,
astonishments—may I not squander the astonishments—
may I not mistakenly kill brother, sister—I
will sit once again so boldly at my beginning,
dark spot where one story does not yet become another,
and words, which have not yet come to me, will not yet try to tell
where each thing emerges, where it is heading,
and where the flow of tendency will shine
on its fast way downhill. And it will seem to me
that all this is legend,
one of those in which there is no way to look back
and yet you do, you pay for it, yes, but you do….
It was a hilltop town in the south in summer.
It was before I knew about knowing.
My mind ran everywhere and was completely still at the center.
And that did not feel uncomfortable.
A bird sang, it added itself to the shadow
under the archway.
I think from this distance
that I was happy.
I think from this distance.
I sat. It was before I knew walking.
Only my soul walked everywhere without weight.
Where the road sloped downhill there was disappearance.
Which was exactly what I imagined should happen.
Appearance and disappearance.
In my only life.
When my mother’s voice got closer it had a body.
It had arms and they were holding something
that must have been a basket. My mind now
can go round her, come in front, and wrap her
as her arms wrapped that basket.
And it must have been wicker
because I see in the light the many lucent browns, the white tips,
as she steps out of the shadow
in which nothing but her hands and the front of her act of carrying
are visible. And when her body arrives
it is with the many lemons entirely struck, entirely taken, by sunshine,
which the heavy basket is still now carrying,
and her bright fingernails woven into each other,
and her face with its gaze searching for me,
gaze which felt like one of the bright things she was carrying
in front of herself, a new belly.
All I was to invent in this life is there in the wicker basket among the lemons
having come from below the horizon where the sound of the market rises
up into the private air in which she is moving,
where she is still a whole woman, and a willing woman,
and I hear what must be prices and names called out
of flowers and fruit and meat and live animals in small cages,
all from below us, at the bottom of the village, from that part
which is so comfortable to me which is invisible,
and in which everything has to be sold by noon.
I think that was the moment of my being given my name,
where I first heard the voices carrying the prices
as her face broke and its smile appeared bending down towards me
saying there you are, there you are. 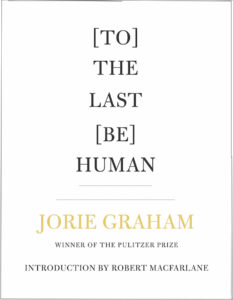 Excerpted from [To] the Last [Be] Human by Jorie Graham, available via Copper Canyon Press.

Jorie Graham was born in New York City in 1950. She was raised in Rome, Italy and educated in French schools. She studied philosophy at the Sorbonne in Paris before attending New York University as an undergraduate, where she studied filmmaking. She received an MFA in poetry from the University of Iowa. Graham is the author of 14 collections of poetry, most recently Runaway (Ecco 2020), Fast (Ecco 2017), PLACE (Ecco 2012), Sea Change (Ecco, 2008) and The Dream of the Unified Field: Selected Poems 1974-1994, which won the 1996 Pulitzer Prize for Poetry. Graham has also edited two anthologies, Earth Took of Earth: 100 Great Poems of the English Language (1996) and The Best American Poetry 1990. Her work has been widely translated and is the recipient of multiple awards, including a John D. and Catherine T. MacArthur Fellowship, The Forward Prize (UK), The International Nonino Prize, the Los Angeles Times Book Award, and The Wallace Stevens Award. She has taught at the University of Iowa Writers’ Workshop and is currently the Boylston Professor of Rhetoric and Oratory at Harvard University. She served as a Chancellor of The Academy of American Poets from 1997 to 2003.
Share: 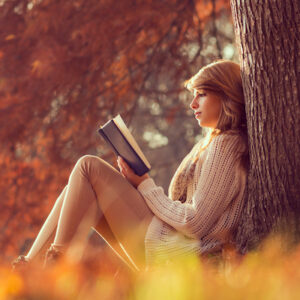 What Should You Read Next? Here Are the Best Reviewed Books of the Week Ian McEwan's Lessons, Robert Harris' Acts of Oblivion, Kate Beaton's Ducks, and Ling Ma's Bliss Montage all feature among...
© LitHub
Back to top
Loading Comments...