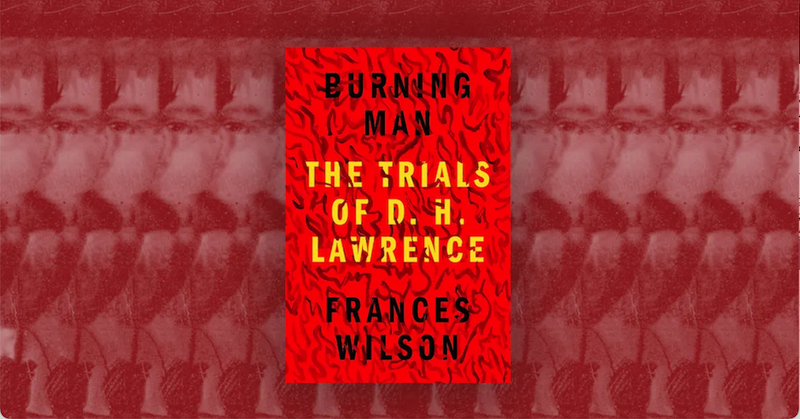 Burning Man: The Trials of D. H. Lawrence has been named the best biography of the year.

Now in its tenth year, the Plutarch Award, the only international prize of its kind judged exclusively by fellow biographers, honors the best biography published in the English language. Previous winners include Robert Caro’s The Passage of Power: The Years of Lyndon Johnson, Ruth Franklin’s Shirley Jackson: A Rather Haunted Life, and David W. Blight’s Frederick Douglass: Prophet of Freedom.

A rapturous statement on behalf of the five-biographer judging committee described Burning Man: The Trials of D. H. Lawrence thusly:

Frances Wilson’s account of the wandering life, relationships, loves and hates of the writer David Herbert Lawrence is so freshly written, so critically honest, so intent on reaching into the difficult heart of one of the greatest prose-writers of the twentieth century in English, that it will be a model for such investigative biographical illumination in the future. It is a tour de force in its delineation of genius. In its imaginative structure, its allusions, and its use of Dante’s Divine Comedy as a kind of poetic guide, it is a demonstration of the golden art and craft of modern biography. Like Lawrence’s own work it is always passionate, intense, revelatory and compellingly original—a biography any biographer would be proud to have composed.

I think most authors would die happy after receiving a commendation like that.

Congratulations to Wilson, and to all the finalists.