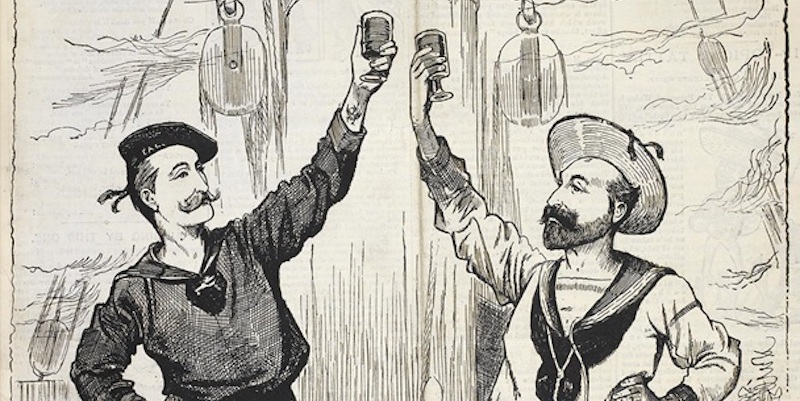 British Library Publishing is rushing to print the sea shanty guide we need.

Cornering the market of people who are addicted to TikTok and take a scholarly interest in the rollicking old melodies of the high seas, British Library Publishing is set to rush-print a guide to sea shanties. If you know why this is happening, you know, and if you don’t—or, like at least one person I know, you have taken an explicit stance against hearing about sea shanties ever again for the rest of your life—this might not be the post for you.

The book, which will cover “the musical, lyrical and social history of melodic sea songs,” is authored by shanty band leader and English language professor Gerry Smyth and will include more than 40 shanties that you can sing around the house while your roommate, partner, and cat all beg you to stop.

It comes out Jan. 21, by which time the U.S. will have a new president and TikTok will definitely have moved on to horizons yet unknown. But for now, as we all await the inevitable transformation of book publishing into short-form video, we may as well hear what Herman Melville thought about sea shanties (from Redburn: His First Voyage):

I soon got used to this singing; for the sailors never touched a rope without it. Sometimes, when no one happened to strike up, and the pulling, whatever it might be, did not seem to be getting forward very well, the mate would always say, “Come, men, can’t any of you sing? Sing now, and raise the dead.” And then some one of them would begin, and if every man’s arms were as much relieved as mine by the song, and he could pull as much better as I did, with such a cheering accompaniment, I am sure the song was well worth the breath expended on it. It is a great thing in a sailor to know how to sing well, for he gets a great name by it from the officers, and a good deal of popularity among his shipmates. Some sea-captains, before shipping a man, always ask him whether he can sing out at a rope.