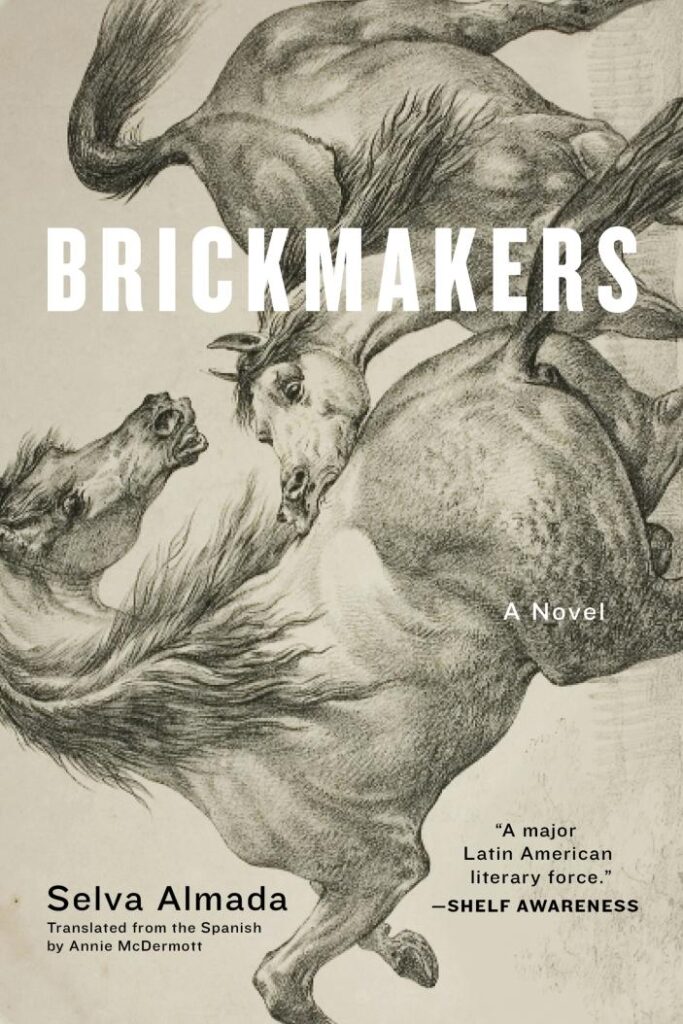 The following is excerpted Selva Almada's novel, Brickmakers, translated by Annie McDermott. Selva Almada is the author of The Wind That Lays Waste and Dead Girls. She is considered one of the most potent literary voices in Argentina and Latin America and one of the region's most influential feminist intellectuals. Annie McDermott is a literary translator working from Spanish and Portuguese. Her translations include Dead Girls by Selva Almada, Empty Words and The Luminous Novel by Mario Levrero, Loop by Brenda Lozano, and Wars of the Interior by Joseph Zárate.

“Where the hell is Pajarito?!”

Their father’s booming voice on waking up paralyzed the little Tamais, who ranged from two to seven years old. Whenever he got up to check the kids’ room, one was always missing: Pajarito, six, the second child but the eldest boy, and the only one to break their father’s ban on going out during the siesta.

Tamai was a harsh man and he didn’t hold back when it came to enforcing his will. The siblings’ loyalty was weak and another shout was enough to make it crumble. Even the initial silence, which could have been taken for complicity with the runaway, was just bewilderment from the mugginess and heat. They weren’t going to stick their neck out for the rebel; after all, while he was off having a blast, they were floating in the fetid limbo of their room. “He’s gone to the canal”—and they’d point at the window through which Pajarito had taken flight once their dad was down for the count.

Tamai would pull on his trousers and shirt, grab the bicycle and the leather rebenque, and set off in pursuit. Most of the time, on reaching the canal, he found all the local kids jumping into the filthy water or dangling fishing lines—all except for his son. Pajarito was already away through the fields, tipped off by his inner alarm clock that his father was beginning to stir. Every so often Tamai got there first and landed a couple of lashes right on the boy’s bare, wet back. He made him run home in front of the bicycle, as if he were the rancher and his son the naughty bull out of the pen.

The rare days when he caught him, Tamai relished every second. Of course, at home he could flog Pajarito to his heart’s content; but making him trot along like that, bringing the whip whistling down on his head, in full view of everyone, the kid publicly humiliated and him firmly reinstated as the head of the family in the neighbors’ eyes, delighted one and mortified the other in equal measure.

That’s how it had been between them since Pajarito first learned to stand. Maybe they were too alike and the house didn’t have space for the pair of them. Instead of being proud of his strapping young son, Tamai was consumed by jealousy and rage. The boy never did as he was told, and worse, his mother always took his side.

As the son grew older, the distance between them widened. One summer evening, when Pajarito was about twelve, his father was drinking wine on the patio and finished the demijohn. He yelled for his son to get another in town. The kid, just out of the shower, had been about to head into the center to play arcade games with his friends. “Go yourself if you want to keep drinking,” he said. Tamai, who’d already had a few too many, seized the rebenque he always kept nearby and went at him. His son raised one arm and the whip encircled him like a wiry snake, he tugged and the braided leather handle burned Tamai’s palm. In the minute it took his father to react and get to his feet, Pajarito calmly unwound the whip and got ahold of the handle.

“I’m not your goddamn mencho,” he said, and threw it at his feet. Then he turned, got on his bike, and rode away, standing on the pedals.

Marciano had forced himself not to cry when he stood facing his father’s coffin.

He would turn twelve the next month, but already he’d smoked his first cigarettes and sucked on the tits of a friend’s sister, a sparky fourteen-year-old with chubby cheeks. She didn’t let him go any further, though he managed to slip a hand down her panties and stroke her furry pubis, which was warm and soft as a nest.

“Come back for the rest when you’re twelve,” she said, tucking her tits into her blouse and gently pushing him away.

Marciano had been crossing off the days on the calendar ever since, and as soon as his birthday came, he was going straight back to claim his due. Twelve years exactly from the day he was born, he would become a man.

But he couldn’t let himself cry for his father. His father had been killed and he, the eldest of the children, would have to avenge him.

That night, he’d been woken in the early hours by a vehicle parking outside. He got out of bed, peered through the window, and saw the police car. It wasn’t unusual for the police to come by at that hour. Miranda was always getting drunk and disorderly in the bars and then being picked up by the cops. Sometimes they left him passed out at the station and sometimes they took him home to his family.

Only the two officers got out. One, who was smoking, leaned against the car door and slowly finished his cigarette. Marciano watched the red embers sharpen and fade with each puff.

Finally they got moving, and after a minute that seemed to go on forever, there came the knocks at the door. Soft knocks, as if they didn’t want to be heard. His heart was beating like a snare drum. He stepped into the hallway just as his mother was emerging from her bedroom, in her flip-flops and the faded nightgown she’d bought the last time she gave birth.

“Did you hear knocking?” she asked, her voice thick with sleep.

He said nothing and followed her into the dining room. She switched the light on and Marciano’s pupils contracted like a cat’s. Estela Miranda opened the front door and saw the policemen.

Rebolledo, the one who’d just stubbed out his cigarette, had lit another. Mamani, his colleague, was staring at the ground and didn’t even acknowledge the woman’s greeting.

“Estela, your husband—” the smoker stammered. “What’s he done now?”

Jessica Stilling on Writing Her Version of David Copperfield 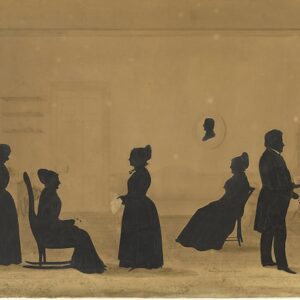 Loose Lips and Sunken Ships: How Family Secrets Can Protect or Destroy I grew up in a loud family. When college friends came to visit, they’d ask, “Why is everyone shouting?” “That’s...
© LitHub
Back to top