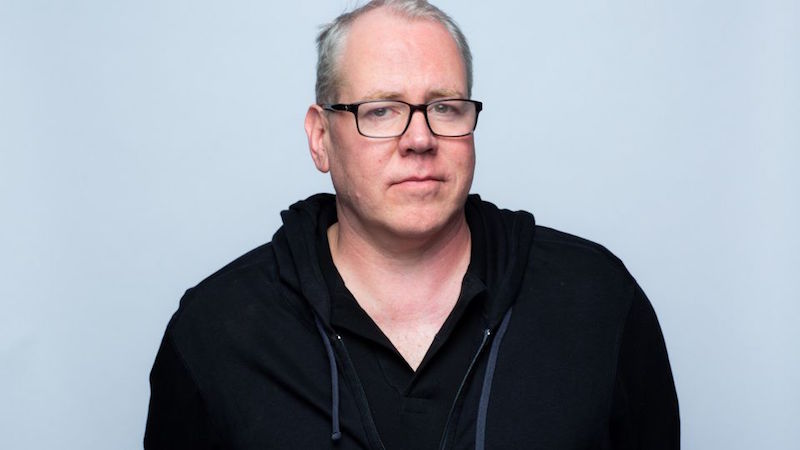 Bret Easton Ellis: “I didn’t expect White to be controversial among millennials.”

Bret Easton Ellis is the guest on this week’s Otherppl. His new essay collection, White, is available from Knopf. Ellis is the author of six novels, including Less Than Zero, The Rules of Attraction, and American Psycho, and a collection of stories, which have been translated into 32 languages. He lives in Los Angeles and is the host of The Bret Easton Ellis Podcast.

Bret Easton Ellis: I did not expect the big reaction. I expected this to please my publisher and my agent, who had been after me for years to put together a collection of my nonfiction. I wasn’t that interested, and one of the reasons why I wasn’t that interested was that when I looked out at all the nonfiction that I have published since ’85 I don’t like any of it. I didn’t think any of it was good.

My friend Matthew, who helped me put the book together, and I both saw White as a progression of Gen X. We were raised in this kind of freedman adult world not made for kids, and then you progress through the 80s and the 90s. You had to completely move from the analog era into the digital era, and then you’re ending up in a world that says that you can’t do this or you can’t say this. Not that everything you want to say and do is racist or sexist or homophobic, but you want to act like an adult. There seems to be a massive strain of puritanism that’s going on in the culture right now.

That’s part of what I was writing about in White. I’m not a political person and I never saw this as a political book. I think one of the reasons there is so much controversy over it is because people read it as a political book, which it was never intended to be. I’m not political. I actually don’t vote. I’m in the massive majority of the country that does not vote.

It’s strange to have this book be the most controversial book that I’ve published since American Psycho, and I certainly didn’t expect it to be controversial amongst millennials, which it really is.

Brad Listi: You really didn’t? You take shots at them.

BEE: The thing is, most of the book is stuff that I’ve already said and I’ve written about years ago. I wrote an article for Vanity Fair called “Generation Wuss” four years ago, and I didn’t think adding that piece and folding into that section was a big deal at all. I saw the book as rather benign. My mistake, I admit. Right now, we’re in such a polarized, over-reactive moment that I should have known better. I was just thinking this would be something that would fulfill—that I happily did and enjoyed—but it was a little bit repurposed. Most of it I had already written, but there was a lot of rewriting involved and finding how to connect everything and having it read as this whole.

I see this book as fairly remote and fairly neutral and fairly chill in its approach to talking about everything. I don’t see the millennial section of this book—that has caused so much controversy and has angered so many millennials—to be that bad, partly because I live with a millennial and part of what I was writing about stemmed from being in a relationship with him.

At the same time, everyone seems to conveniently forget the final paragraph of that section, which talks about how sympathetic I ultimately am to this generation. Some of the first reviews were by rather hysterical millennials who took me to task. One of them, I think in Bookforum, went on and on and on about how old I am, how white I am, how out of touch I am, and how irrelevant I am, for 3,000 words with a giant picture of me, which seems to me Exhibit A in exactly what I was talking about when I was writing White: this complete, almost borderline hysteric overreaction.

BL: Do you read the reviews?

BEE: Most of them. I do. Most of them, especially for White. There got to a point where it became way too predictable, and what the reviews were harping on were the section about my friends’ reactions to the election of 2016 where it seemed that they rewrote me as this kind of MAGA-wearing, Trump supporter, which I am not. However, because I didn’t come out and I have retained a neutral response to a degree the election, I was looked as this right-wing, alt-right dude. That’s what got a lot of critics going. Certainly the New Yorker approached it that way when I did that interview with them.

I do have to say that I’ve never been well-reviewed. There were reviews for Lunar Park that were terrible. The Washington Post called it “the worst novel ever written by an American.” People tend to forget that Less Than Zero had a huge divide about that book. There were people who thought it was cool and new, and there was a literary establishment who could not believe that Simon & Schuster was publishing this junk. The diary of a drug addict from Los Angeles—are you serious? This is what it has come down to in publishing. There was a lot of controversy over that book and for Simon & Schuster to publish that.

BL: So why did it take off? I don’t know the history of its trajectory. I know it came right out of the gates as a big seller, right?

BEE: No, not at all. It didn’t. In fact, as I said in the book, that Simon & Schuster had done a first printing of 5,000 copies. I think it was probably closer to 2,500. Even then, I was excited. I was 21. I was very excited by that prospect of even having books in a bookstore. I didn’t really care, and I was still in college and I thought there were other books to write. This was just the first one.

What happened was the media became very interested in the book, and they kind of read a documentary reality into it, even though I saw it as a work of fiction. The media took it as a news bulletin for the Front Page, that this is what kids are like these days. That spared more and more interest in the local media here in Los Angeles, and then it went national. People started to talk about the book and write about the book as if I was the voice of a generation, which I knew exactly what was going on with kids today. This was a long ago era where it took five or five months for a book to reach the New York Times bestseller list. It sometimes took months for a book to even leave warehouses and get to bookstores in certain territories. I know that may sound unthinkable now, but that’s kind of how it worked. Or westward into the middle of the country. There was a month where no one had a copy of that book. That’s unthinkable now.

BL: Was there a moment or a short window of time where you felt that it was turning and becoming something and the attention started to intensify?

How did Walmart end up promoting Hitler's Mein Kampf? 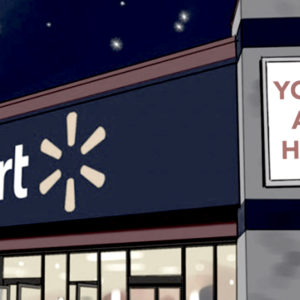 How did Walmart end up promoting Hitler's Mein Kampf?

Union-busting retail behemoth Walmart has come under fire this week for prominently featuring Adolf Hitler's Mein Kampf in a sponsored...
© LitHub
Back to top