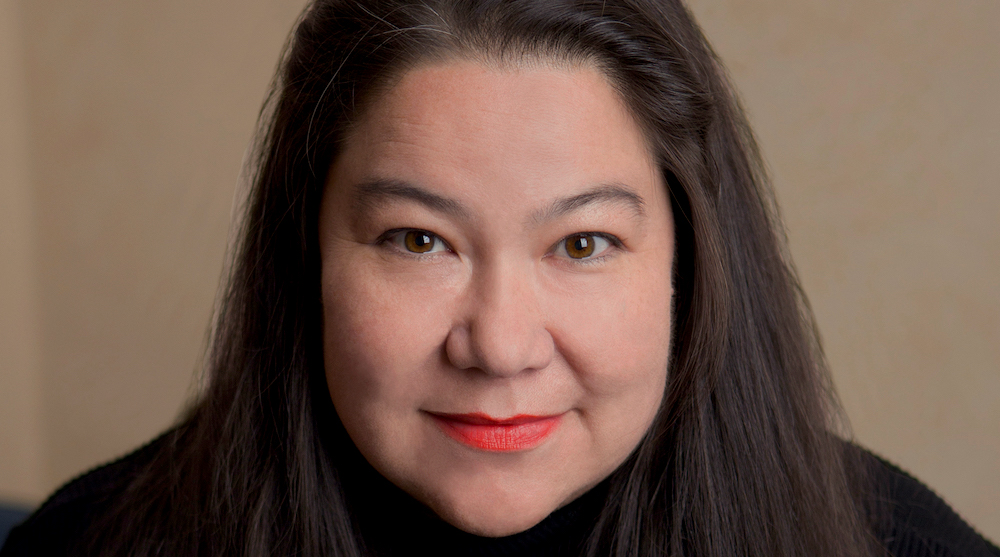 The Author of The Octopus Museum Talks to Peter Mishler

Brenda Shaughnessy has written five poetry collections, including So Much Synth, Human Dark with Sugar—winner of the James Laughlin Award and finalist for the NBCC Award—and Our Andromeda, which was a New York Times Book Review 100 Notable Books of 2013. The Octopus Museum is now available from Knopf.

Peter Mishler: Could you describe the inception of this book? Was there a particular poem that came first and led you to others?

Brenda Shaughnessy: Like many of us since November 2016, I couldn’t stop thinking about worst case scenarios. The destruction of the planet seemed to have been rather gleefully accelerated; dehumanizing legislation (and chess-like moves to check future legislation) in which violence and cruelty and xenophobic/racist hatred of actual humans seemed to be the driving force of the GOP. Like many of us, I was like: fuck!

Okay we’ll fight and protest but… I was devastated and my imagination was on overdrive. I felt I had to outrun my imagination and head it off, creating some kind of boundary beyond which it could not pass. I was afraid for my kids. The dystopian scenes in the book were imagined, I believe, to be a prophylactic hex against those scenes becoming real.

The poem “There was No Before” was what gave the book its spine. Given how willful our ignorance is, given how bent on destruction we seem to be—the idea that Octopuses would take over human civilization just didn’t seem so outlandish. It seemed like, in the end, maybe their species is better equipped to lead.

PM: Could you talk about your reading, thinking, or researching about the octopus?

BS: I’ve long had a crush on the octopus, and saw one in the wild, years ago, with Craig. Sy Montgomery’s 2011 article in Orion magazine “Deep Intellect” changed my brain. More recently, I read Peter Godfrey-Smith’s Other Minds, in which cephalopod evolution is explained so elegantly. That infatuation and amazement for the species came crashing into my despair and anguish over who and what was running our world now—and octopuses being in charge just seemed like a big old relief, a welcome regime change.

PM: What was it like for you to work in longer lines than those of your last two collections?

BS: Oh how I love a long prose line with no self-important line breaks! It just ends where the margin says it ends. These lyric-essay/prose-poem vignettes are the correct shape for the content—almost all rectangular, as if framed, teleological. There are some regular, stanza-ed poems in the book because they are relics: humans used to write poems in which we wasted space, breaking our lines as if it would buy us more time, give the illusion of freedom. The prose pieces say: this is data, utilitarian. It uses up all the space it’s been given; it doesn’t imagine any use for taking up extra space.

PM: Was the title poem from Our Andromeda the genesis of a more, forgive the term, speculative kind of writing?

BS: The poem “Our Andromeda” allowed me to be exploratory, long-winded, circling back to arguments never won, and questions never answered. Let me re-posit, re-experience anger and grief because a “re-do” wasn’t possible. I let myself be dumb and scrappy and messy, thinking through what I didn’t know, trying to learn. This was a big change from my normal language-besotted sentence-fragments or aphoristic/lyric performance. I found a lot of freedom there, and re-engaged the mode in the long poem in So Much Synth. So that “talkier” voice has been developing, yes, over the three books. But whereas Our Andromeda’s voice is post-traumatic, The Octopus Museum’s voice is pre-apocalyptic (or pre-post-apocalyptic?) thrown toward the future. If OA‘s voice regrets and relives, then OM‘s voice cautions—both voices imagine that that voice can maybe change something. In psychological terms it makes some sense, for post-trauma produces hypervigilance, which is a tormented state of pre-apocalypse.

PM: Is there something that you think you’ve kept with you since childhood that you find appearing for the first time here?

BS: This is an amazing question. In childhood, there were always fragments of stories from my mother about her childhood in post-WWII Okinawa—near-starvation, inadequate clothing, no shoes—that seemed nightmarishly unreal but that really happened to her. I think a lot of this book’s scenes and images of post-apocalyptic deprivation, scarcity, destitution are from those stories. “Bakamonotako” definitely takes its form from Japanese folk tales—Urashima Taro in particular.

PM: I wanted to give you some space to talk about the outstanding “Are Women People?” What do you observe regarding this poem now that you’re able to look back at it?

BS: I can’t look at this poem. I know it’s flawed, incomplete, unbearable really. I despise it. I don’t know if I despise it because it refracts/interprets such an ugly truth (that women aren’t people) or because I failed to do justice to this ugly truth. That is, I feel I failed to represent the failure of our world to represent women as fully human. I’m not sure how far into the inquiry I was supposed to go—how deep does the definition of “people” go? What would have been enough? I don’t know. The process of writing it was sickening—I was sickened whenever I worked on it.

PM: In the opening poem, I was struck by the final four lines:

I was a woman alone in the sea.
Don’t tell anybody, I tell myself.
Don’t try to remember this. Don’t document it.
Remember: write down to not-document.

Would you be interested in thinking about what it means as a poet to “not-document”?

BS: The whole book is a kind of documentation (ostensibly pieces, ephemera, and missives, on exhibit in the museum Octopuses have created to commemorate humankind) and so this moment at the end of the proem speaks to that: Don’t write it down for later (there may be no “later”) but live it now (what’s so frightening about right now?) carpe diem, and Just Do It, and other slogans we buy but don’t act on. This poem is about the moment, perhaps, you find yourself at the place you’ve always wanted to be but it’s downright alien, bewildering to be there, compared to the story you told yourself about how it would be.

BS: That, in writing it, you know more than you know. That your art has an understanding of your self you don’t yet have. That the act of writing from your mind—that sponge of moments and words and images and interactions—leaves material proof of what is not material and can’t be proven: experience, soul, perspective. And that it can do the reverse for what is material, turns it into metaphor or vapor: the lamp, the bed, the moon. That poetry seems to understand the nature of death, seems to come closest to it, seems to have some kind of access to it—but no one can fathom how. 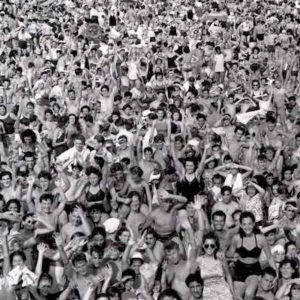 Much about demography is "baked into the future" and is certain to happen. And this demographic future can be summarized...
© LitHub
Back to top