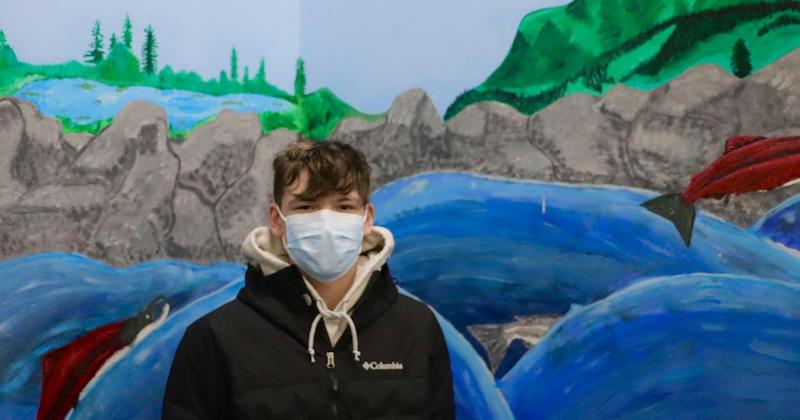 Something actually, genuinely fun to send you off on your holiday weekend: Tracen Wassily, a junior at Dillingham High School in Alaska, has turned the Epic of Gilgamesh into a rap.

According to KDLG, Public Radio for Alaska’s Bristol Bay, Wassily chose to produce a rap for his literature class, where the assignment was to write an essay, skit, or song on the topic of Gilgamesh. Though at first he didn’t like the Epic of Gilgamesh, Wassily got more excited when he started making beats. “Not even a day after—like, right after school, I got to work producing a beat, a good rhythm, like a fast-paced rhythm for what I’m going to be doing,” Wassily told KDLG. “Cause that’s what I’m most comfortable on.”

From there, Wassily produced “G and Enkidu,” a fast-paced, minute-long rap. “The stuff I was rapping about, or singing about, was fast-paced as well, so it kind of fit really good,” Wassily told KDLG. “They were fighting Humbaba [a forest-guarding monster].”

The rap begins: G and Enkidu on a quest for glory / Slayin Humbaba is the start of his story / Our heroes make it to the gate / But before they serve H his fate / Their knees begin to shake / They feel their stomachs ache / Couple minutes later Kidu slashin with his saber / The repercussions of this act Kidu gonna feel later . . .

Making “G and Enkidu,” Wassily took inspiration from his favorite artists: Denzel Curry, XXXTentacion and Zillakami. “They just have really good energy, really good lyrics,” said Wassily, “and their delivery is just like perfect for me.”

Is the lesson “let students make things they like”? Probably. Whatever! I love this. Listen to “G and Enkidu”—and read the full lyrics—here.