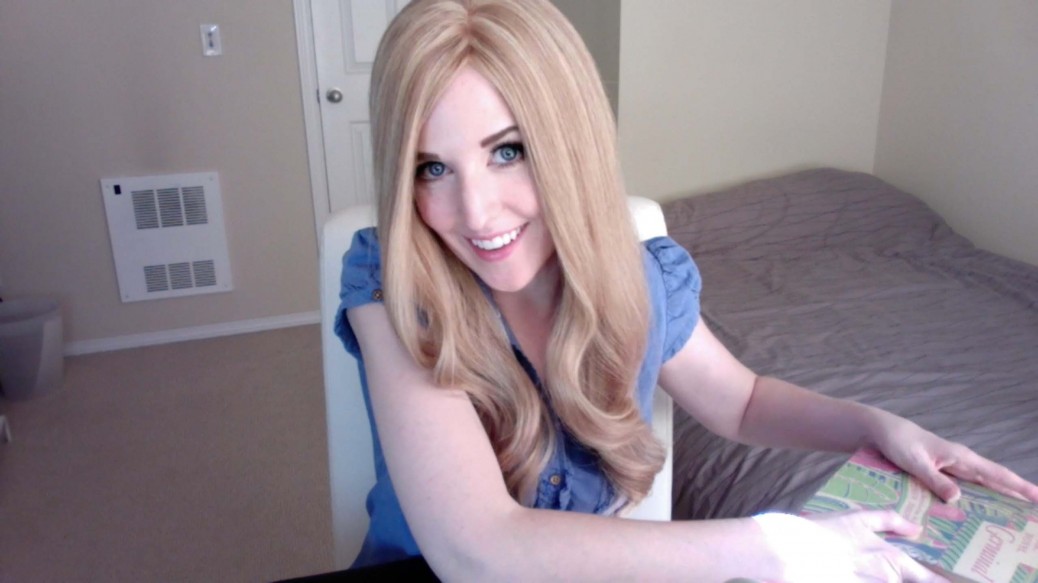 Election Stressing You Out? Calm Down With Some Bookish Whispering

Today will be stressful. As if the last few months haven’t been, I know—but it’s probably safe to say that many of us will be needing our breathing exercises as the election results come in over the next few hours. So now seems as good a time as any to suggest some literary ASMR to calm your nerves.

ASMR, aka Autonomous Sensory Meridian Response is a mysterious sensory phenomenon experienced by hundreds of thousands of people: a tingling sensation that begins in the scalp and moves throughout the body. The sensation, which occurs in response to certain auditory and visual triggers, is often accompanied by a feeling of deep relaxation. In addition to just being a pleasurable—or even euphoric—feeling, it’s used by many as a sleep aid, and some contend that it can reduce stress, anxiety, and even depression.

For those who experience it (and not everyone can, it seems), ASMR is generally triggered by small, soft sounds and movements, which can be whispering, tapping, scratching, crinkling, liquid sounds, “personal attention” (more on this later), and slow, deliberate, or repetitive movements. Basically, think anything and everything Bob Ross. In fact, Bob Ross has been called the “godfather of ASMR” and “King of the Tingles” because of how many people had their first experience of ASMR in front of his happy little clouds. Given ASMR’s origins in television, perhaps it’s not surprising that since 2007, a huge community of “tingleheads” has sprung up online, with millions of YouTube videos created by ASMRtists—some with hundreds of thousands of subscribers—and posted in the hopes that they will help the viewer get the tingles.

Scientific research on ASMR is scant and new—in fact, there has only been a single research paper published on the topic. That study, published by Emma L. Barratt and Dr. Nick J. Davis at Swansea University, mostly quantified the self-reported experiences of ASMR enthusiasts, but also suggested a connection between ASMR and the “flow” state, described as “the state of intense focus and diminished awareness of the passage of time that is often associated with optimal performance in several activities, including sport.” Clearly, more research is needed.

But despite the lack of research, ASMR is becoming more and more popular and widely known. In fact, a new ASMR spa, Whisperlodge, which offers real-life one-on-one ASMR experiences, has recently opened on a limited basis in Brooklyn, and you can book an appointment to be personally given the tingles at a secret location.

Now, you’re probably asking yourself, Is there literary ASMR? Why, yes. As with many major online trends, there are a million and one subsets and specialties in the ASMR world, and many ASMRtists incorporate their own interests and passions in their trigger videos—including books. One ASMRtist, Lynn Cinnamon, told me in an email that she uses books in her videos in part “because ASMR triggers are linked to childhood experiences and books have been my love and comfort since before I can remember.” There’s no scientific research to back up the idea that ASMR triggers are linked to childhood experience, of course (again, there’s almost no scientific research) but it makes sense that a sound tied to a positive childhood memory might provide calming feelings in adulthood. I’ve also noticed anecdotally that lots of people seem to request literary ASMR videos, so the interest is clearly out there.

Okay, back to personal attention. This is a major ASMR trigger (69 percent of participants in the aforementioned study were affected by it), and is exactly what it sounds like—as much as what it sounds like can be achieved over the Internet. Some videos activate this trigger by simulating hair-brushing or haircuts for the viewers, and many ASMRtists peer deeply into the camera to signify close attention, but the most interesting for our purposes is role play. There are a ton of literary role play videos in which the viewer is given a POV experience of being inside a library, bookstore or similar. The prevalence of these seems to support Lynn Cinnamon’s suggestion that ASMR triggers are linked to memories—if you found comfort in the library, you may find comfort in a stylized recreation of that experience. Makes sense.

(“Role play,” of course, is a term that has some sexual connotations. But while the sensation of ASMR is sometimes referred to as a “brain orgasm” (what orgasm doesn’t involve the brain, I ask, but okay), ASMR is not sexual—or at least not inherently so. That said, the majority of ASMRtists are attractive women, and ASMR porn does exist, but for most people, the pleasure of ASMR is a platonic one. That said, it’s hard not to see the sexiness in some of these videos, and the role playing videos in particular, when they so often feature a beautiful women speaking softly and directly to the camera, smiling and anticipating the viewer’s needs and questions. This is clearly meant to simulate some kind of intimacy between the viewer and the actress.)

In addition to appealing to the generally bookish, ASMR may have a particular literary pedigree. Several readers have noticed a description on Virginia Woolf’s Mrs. Dalloway that seems to describe ASMR:

“‘K . . . R . . .’ said the nursemaid, and Septimus heard her say “Kay Arr” close to his ear, deeply, softly, like a mellow organ, but with a roughness in her voice like a grasshopper’s, which rasped his spine deliciously and sent running up into his brain waves of sound which, concussing, broke. A marvellous discovery indeed—that the human voice in certain atmospheric conditions (for one must be scientific, above all scientific) can quicken trees into life!”

So, you’re convinced—Woolf will do that for you—but now you’re wondering: how to actually channel Septimus and get the literary tingles? Try a few of these representative videos. If they don’t do it for you, get to digging—there’s a ton more out there.

There are, as you might expect, plenty of videos in which ASMRtists read literature in whispered voices. This one is from a popular ASMRtist named Ally, who posts as ASMRrequests.

This video, by Made In France ASMR, is simply page turning—but check the signature gloves.

ASMRtist SpringbokASMR has made a number of remarkably detailed point-of-view book-related videos, including simulated trips to the library and the bookstore. From what I can see, she has great taste in books. In this Book Club role play, she touches and describes Jennifer Egan’s Look at Me, Henry James’s Daisy Miller, Ottessa Moshfegh’s Eileen, and Shirley Jackson’s We Have Always Lived in the Castle, so the viewer can participate in “voting” for which one they want to read next time the club meets. Shirley Jackson is the winner in a landslide.

This video by one of the biggest ASMRtists, GentleWhispering, boasts almost three million views, simulates a (surprisingly complicated and lengthy) library visit for the viewer. A search for “library ASMR” on YouTube returns 169,000 results.

You wouldn’t think a parody of The Road would be particularly relaxing, right? Ephemeral Rift, whose videos often bring in some elements of darkness (not to mention nerdiness) would like to prove otherwise.

Lynn Cinnamon routinely posts “unboxing” (just what it sounds like) and “book haul” (like literary ASMR show and tell) videos to her ASMR channel. In a recent one, she opens her Quarterly Literary Box, which includes Brit Bennett’s The Mothers, Chimamanda Ngozi Adichie’s We Should All Be Feminists, and Toni Morrison’s Sula, among other things. Another ASMR video with great literary taste.

Then there’s this guy, Michael Vrazitoulis, who makes ASMR videos in which he roleplays characters from his own invented fictional universe. That’s about as meta as you can get. 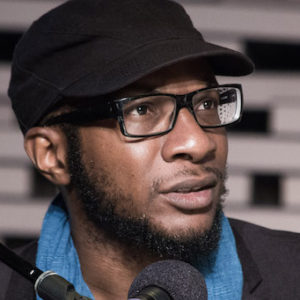 As America chooses its next president today, and we contemplate the end of an awful and grueling two-year campaign season,...
© LitHub
Back to top