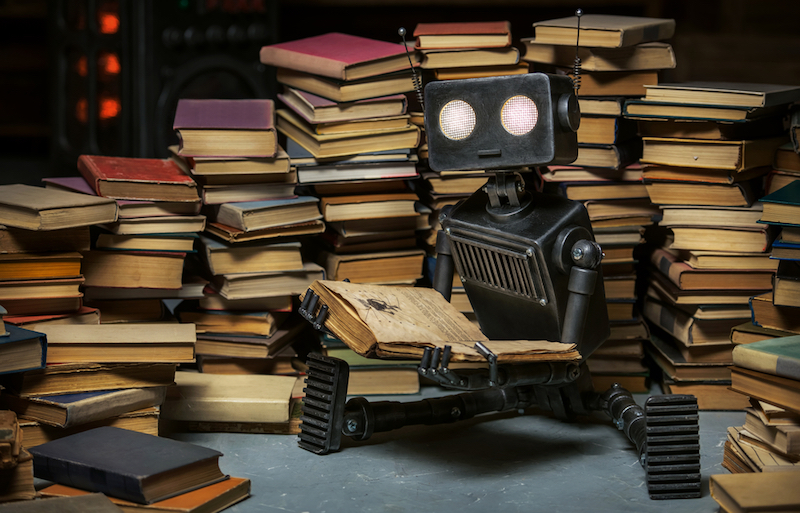 Social Capital Above All Else, is the Bookseller's Advantage

“Bookselling was and is for me a cultural and political expression, an expression of progressive change, of challenge to oppressive authority, of a search for a community of values which can act as an underpinning of a better world. The true profit in bookselling is the social profit; the bottom line, the measure of the impact of the bookshop on the community.” These impassioned words, from late bookseller David Schwartz, adorn a broadside hanging beside my front door—the last thing I see each day as I venture onward from my home.

I’ve had the good fortune to serve as a bookseller for over a decade, which, perhaps like so many worthwhile undertakings, began at the confluence of happenstance and serendipity. Despite being an avid and lifelong reader, the notion of a career in bookselling had, quite frankly, never occurred to me. Some eleven years in, however, I have an increasingly arduous time imagining a more suitable occupation. Contained within Schwartz’s sentiment is the raison d’être for why I, and presumably so many other ardent admirers of all things book, continue on in our chosen vocation.

Seven or eight years ago, we endured the near-constant bombardment of gloomy prognostications portending the slow, agonizing demise of bookselling as we knew it. We were told (and encouraged to believe) that our once-flourishing trade was experiencing the incipient stages of death throes similarly suffered by the recording industry. The advent of e-readers, online commerce, declining readership, fewer author tours, and the like were but a few of the myriad reasons cited for the inevitable dissolution of brick and mortar bookselling. The dread was palpable, the fear quite real, and hopes of salvation few and far between. Yet time, ever the great temperer of panic, worry, and overreaction, proved, in the always prescient and prudent words of Mark Twain, “The reports of [our] death have been greatly exaggerated.”

Halfway through the second decade of our nascent century, independent bookselling is again thriving. New bookshops are opening throughout the country, established ones are expanding into further locations, and book sales are once more surging. Whether by anecdote or analysis, accounts of the industry’s vigor are now replacing the utterances of doomsayers and schadenfreuders alike. There were indeed casualties along the way and though losing a fellow independent rightly upsets the flock, our numbers expand anew as we push back from the brink of our forecasted extinction.

Independent booksellers, lest one think we’ve forevermore slayed the twin threat of change and uncertainty, will undoubtedly face an array of challenges in the years and decades ahead, some of which are easily foreseeable and others the likes of which we can hardly yet imagine. We are situated to weather these tempests as well, especially given the flexibility, adaptability, and ingenuity amply displayed during the tumults of our recent global recession. No industry is immune to the vagaries of the capitalist marketplace or the oft-erratic economy, but booksellers are in a singular position of offering far more to their customers than mere widgets, impulsively purchased frivolities, or unnecessary luxuries. The book has endured for hundreds of years, having survived all manner of existential threat.

We are purveyors of the printed word, champions of free expression and unfettered speech, conduits for ideas and wisdom collected throughout the millennia, curators of bound, stitched, glued, and stapled bastions of thoughts and feelings, arbiters of the profound and profane, and unabashed stewards of culture, knowledge, and progress. Our charge, beyond co-creating a livelihood and marketplace with authors, editors, designers, printers, publishers, and fellow booksellers, is to further the conversation begun when our ancestors first took to inscribing walls, tablets, and finally papyrus: to share with another the otherwise unconveyable experience of being human.

Readers turn to their neighborhood booksellers (and are increasingly returning to them) as trusted guides. Bookstores long ago established themselves not only as pillars of the community, but as sources of the very community their customers so enthusiastically sought. Surely better prices and an exhaustive selection may be found online, but as any bookseller who engages her customers on a first-name basis knows well, there is an unquantifiable value inherent to face-to-face interaction, supporting local business, and vesting oneself within the reciprocal relationship fostered by local bookshops (whether with customers and sellers, fellow readers, visiting authors, or the community at-large). Our patrons have known this all along and these past many years have perhaps allowed us, as a collective industry, to more fully appreciate its significance, tailoring our approaches and responding in a way that speaks to this very real desire for connection.

As the promise of a utopian digital future is unmasked for all of its alienating soullessness and tech-induced malaise, more and more people will seek the comfort, familiarity, and abundance found within the stacks of their local bookseller (for more on this, see also David Sax’s wonderful forthcoming book, The Revenge of Analog: Real Things and Why They Matter). As anyone who frequents the aisles of their favorite bookstore knows, browsing the shelves amongst fellow book lovers, discovering heretofore unknown treasures, and allowing oneself the full immersion innate to the in-person experience is as joyful and rewarding an endeavor as actually buying and reading the books themselves—one which cannot possibly be replicated by even the most advanced algorithm.

Yes, booksellers must remain profitable. But as Schwartz astutely knew (and so artfully expressed), social capital is the bookseller’s best barometer of success. Perhaps the health (and wealth) of a city, town, or hamlet ought to be quantified, in part, by the number of prospering booksellers within its community. Though storms shall someday darken the bookshop doors once again, the steadfastness and commitment with which booksellers and readers engage one another assure us a healthy, robust future. The state of bookselling in the 21st

Jeremy Garber is a bookseller living in the Pacific Northwest. 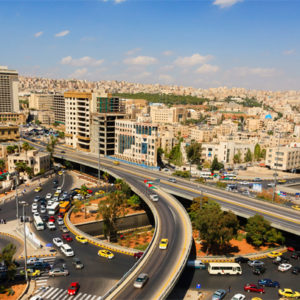 The night, Shihab al-din al-Nuwayri writes, is divided into twelve hours, “each with its own name given to it by the Bedouin...
© LitHub
Back to top