Over the past four decades Square Books has hosted numerous events for authors of books that deal with racism or civil rights, which stands to reason as Mississippi has been a prominent battleground of the Civil Rights era. Riots and two deaths occurred here in resistance to desegregation of the University of Mississippi in in 1962, only three months after the death of Oxford’s William Faulkner. A seminal event of the movement occurred in 1955, 75 miles south of here in Money, Mississippi, when Emmett Till was lynched—abducted from his great-aunt and -uncle’s home in the middle of the night, brutally beaten, shot, and, tethered to a cotton gin fan, dumped in a small, muddy river.

Something felt different when Timothy Tyson visited our store in February of this year with his The Blood of Emmett Till. For one, the crowd was much larger than we expected, owing in one part to Tyson’s reputation as a scholar in areas of civil rights and religion; but, for another, there was a collective hunger for some explanation of where—in relation to the Till murder and its unresolved status—we stand today.

Tyson knew this and, without even mentioning Till’s name, began ticking off the Central Park Five (of whom talk had resurfaced during the presidential campaign as if the DNA exoneration of the five once-convicted teens had never occurred), then Trayvon Martin, Michael Brown, Eric Garner, and the Black Lives Matter movement, explaining how Emmett Till’s case resonates through all these more recent events. The moment Tyson’s brilliant, passionate, and completely extemporaneous presentation came to an end, people began telling us it was one of our greatest events ever.

A similar experience took place on the Saturday prior to Martin Luther King’s birthday. For several years, Mark Richard, the writer, has emailed his friends the text of King’s Letter from Birmingham Jail around the time of King’s birthday. A couple of years ago he explained to me that each year he and his three teenage sons read the letter aloud, and how it has been such a rich experience for his family. This gave me the idea that a community reading of Letter from Birmingham Jail might be a worthwhile way to commemorate King, especially now.

We contacted a handful of community “celebrities”—the Mayor-elect, the University Chancellor, the Athletic Director and a couple of student-athletes, the former director of the William Winter Institute for Racial Reconciliation—and encouraged others to sign up for a reading slot, of which there were 26, about a page of text per person.

Curtis Wilkie, an Oxford writer and retired Boston Globe journalist who, as a reporter in the early 1960s, had interviewed and traveled in the car with King, opened the event with a reminiscence. The pastor of our largest African-American church read the final bit and offered closing words. Again, people told us afterwards it was one of the best events they’ve attended, here or anywhere else. We didn’t sell anything, but selling is often ancillary to what we and other bookstores are, and from which book sales have a delayed but cumulative effect.

Last spring the Mississippi Legislature passed a law providing religious exemptions for LGBT discrimination, anathema to much of what our bookstore and virtually all independents represent. The day following the enactment of this bill we urged its repeal with a statement of what our bookstore essentially is, and put it forth on our website, social media, a T-shirt, and printed broadside. The general response was exponentially larger than to anything else we have ever broadcast; hundreds of people requested a paper copy of the broadside, of which over 1,500, and 300 T-shirts, have now been distributed.

A few months ago Nathan Montoya of Village Lights Bookstore in Madison, Indiana, called me out of the blue. We’d not met, and he explained that Indiana had passed a law similar to Mississippi’s (which has since been struck down by a federal judge, but Mississippi, reminiscent of early 60s “states’ rights” jousting, has filed suit in appeal). Nathan asked about our experience with the “All Are Welcome” broadside, then asked permission to copy it, to which my response was, of course. I spoke to him not long ago and Village Lights has had a similar reaction to ours.

All this is not that much different from anything we have ever been or done. Except it is. At this year’s recent Winter Institute in Minneapolis (a gathering of independent booksellers from across the country), Roxane Gay, speaking on the subject of diversity, told 650 booksellers that it’s up to each us to figure it out and act accordingly, that sitting there listening to her talk about diversity did not count as actually doing something about it. “You can forego the distance of needing to be taught what you can learn through trial and error. You can get political. You can get uncomfortable. You can remember that you are not just selling books; you are providing sanctuary. You are the stewards of sacred spaces. Rise to the occasion,” she said. “Rise.”

I still hear my mother telling me, “Honey, business and politics don’t mix.” We would never use our store to advocate a particular candidate, and I don’t really feel that what we have been doing as described here is political. It is simply a matter of being who and what we are, and being unafraid of what that is. Reasonable people—and if our customers are anything, they are that—would agree, including, perhaps especially, my mother.

Richard Howorth started Square Books in Oxford, Mississippi in 1979, along with his wife Lisa. 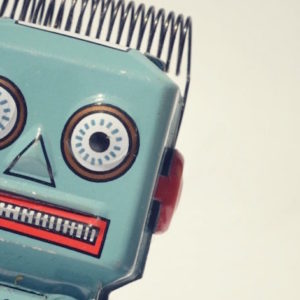 Isaac Asimov, one of the world's greatest science fiction writers, died 25 years ago today. I likely don't have to tell you this,...
© LitHub
Back to top