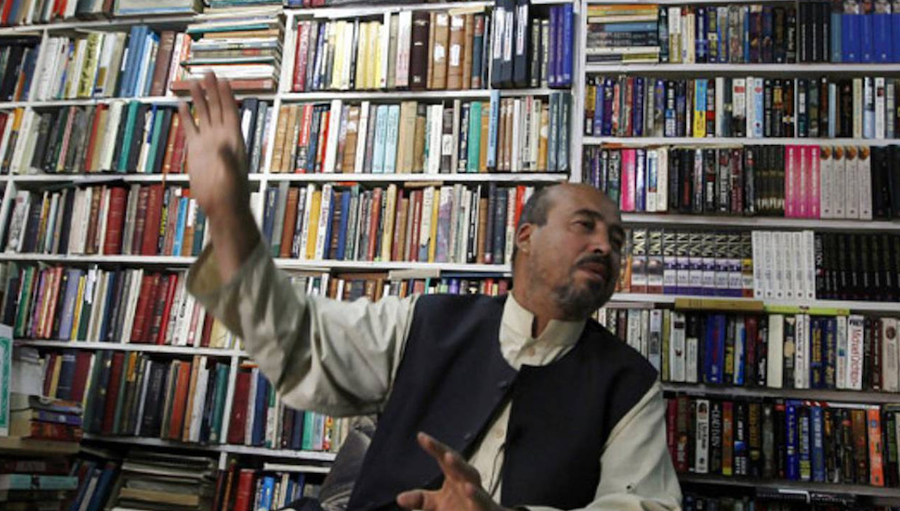 Bookseller of Kabul vows to stay open despite only two customers since the rise of the Taliban.

Shah Muhammad Rais, who was made famous in The Bookseller of Kabul, has vowed to keep his bookshop open, despite having had only two customers since the Taliban retook the country in the middle of August.

Founded in 1974 Rais’s store has seen regimes (along with foreign powers) come and go, and he’s remarkably sanguine about this latest upheaval. As he told The National (UAE):

I will not stop my work, because it’s not against any government. I worked under the Taliban before, and I will obey them again, but I will also keep my business and I’m ready to accept the risks—even jail or torture. This store has grown and flourished over the decades; it’s a collection of history.

With a focus on the history and culture of Afghanistan, Rais’s two-story shop also serves as a stabilizing presence in the lives of its employees. Says Khairuddin Youssufi, 26, who has worked in the store since he was 14: “[After my schooling, the store] became my second home. I learned from the books and the bookseller.”

There remains much uncertainty about life under the new Taliban regime, but if the Bookseller of Kabul has made it this far, his store will likely last long enough to become home to all the future histories of the failed American experiment in Afghanistan.