The Author of The Collected Schizophrenias on The Kristen Arnett Show

On the second episode of The Kristen Arnett Show (brought to you by the Black Mountain Institute on Instagram Live), Arnett speaks with Esme Weijun Wang. Wang talks about most likely having a mullet by the end of quarantine, loving cookbooks even though she doesn’t like to cook, and eating like a “garbage raccoon” if it weren’t for her partner. Best of all, we get to witness Arnett and Wang’s dogs meeting over video.

Esmé Weijun Wang is the author of The Collected Schizophrenias and The Border of Paradise. She received the Whiting Award in 2018 and was named one of Granta’s Best of Young American Novelists of 2017. She holds an MFA from the University of Michigan and lives in San Francisco.

Kristen Arnett: Are you working on stuff? I know you’re working on your novel—what can you tell us about the novel in progress?

Esme Weijun Wang: I have almost 200 pages of it. I’ve gone through peaks and valleys during quarantine in being able to write. In the beginning I was fairly productive, then I wasn’t, now I’m trying to get back into it. It’s a pretty gothic novel, and it’s relevant to the quarantine without my meaning to, just because the main character is chronically ill so they’re alone and in their sick room without being able to go out, but that’s just based on my experience being ill. There’s ghosts…[laughs], there’s queerness, there’s a plague, insects… I think it will be good though?

Kristen: I mean it’s got it all!

Personal Space: Samantha Irby is Fine Not Leaving the House 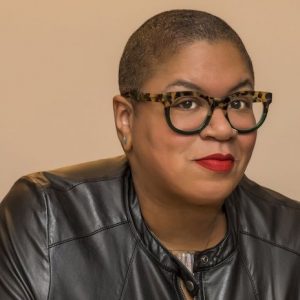 Personal Space: Samantha Irby is Fine Not Leaving the House

This is Personal Space: The Memoir Show, with Sari Botton. On this episode, Botton speaks with Samantha Irby about her recently...
© LitHub
Back to top