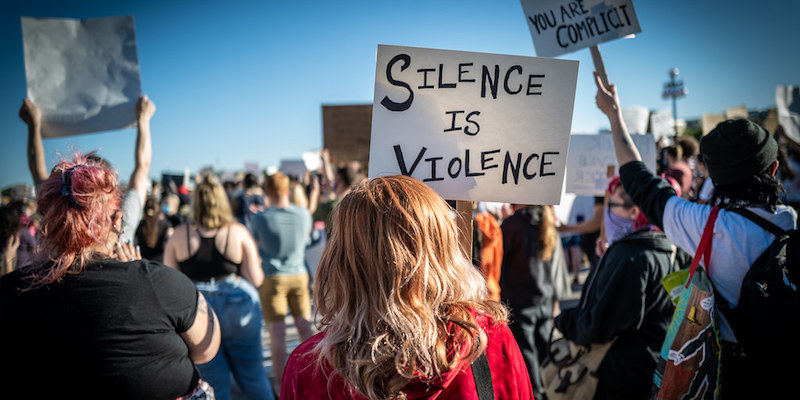 Book workers are striking today in a day of solidarity against racist violence and discrimination.

As antiracist protests continue across the country, more than 1,300 book workers are taking part today in a labor strike and day of solidarity to protest systemic racism within and outside the publishing industry.

Employees of Macmillan, Simon & Schuster, Penguin Random House, Hachette, HarperCollins, and others are participating in the action. An email from organizers to participants last week encouraged them to use the day for action in support of antiracist efforts, including protesting, donating to bail funds, phone banking, contributing to mutual aid networks, and supporting work by Black creators.

Organizers Deborah Ghim, Danny Vazquez, Lydia Zoells, Carrie Hsieh, and Anaka Allen said in a statement that they organized the action after seeing a tepid response among industry leaders to recent protests:

Recognizing the industry’s role in systemic racism through its failure to hire and retain a significant number of Black employees or publish a significant number of Black authors, and through its pursuit of profit through books that incite racism, we decided to act. We’ve had enough experience with corporate Diversity & Inclusion initiatives to know that they are largely toothless and built on a top-down model that ultimately benefits only a very select few and often exploits marginalized workers. An effort to build collective power, we realized, was in order.

In our refusal to collaborate with corporate publishers to achieve petty goals, we instead choose to activate book publishing workers in a way which they have never been; to build collective power that we intend to use in further actions to benefit our communities from within and without our industry.

Organizers also released an extensive list of organizations for donation, including the George Floyd Memorial Fund, I Run With Maud – Justice For Ahmaud Arbery Fundraiser, and Justice For Breonna Taylor Petition and Fundraiser.