On the Greatest Czech Writer of the Past Century

Bohumil Hrabal (1914–1997) was born in Brno, Moravia, then part of the Austro-Hungarian Empire. The motion-picture adaptation of his novella Closely Watched Trains brought Hrabal international recognition, including the 1967 Academy Award for Best Foreign-Language Film, but only in 1976 was he “rehabilitated” by the government and permitted to publish select works. By the time of his death—he fell from a fifth-floor window in a Prague hospital, apparently trying to feed the birds—Hrabal was one of the world’s most famous Czech writers and the author of nearly fifty books. The following is the introduction to Hrabal’s The Little Town Where Time Stood Still, forthcoming from NYRB Classics.

Having to read (let alone having to write) an introduction to the fiction of Bohumil Hrabal is like being forced to listen to beer-tasting notes before drinking your draft. Which I was forced to do, recently… Stopping in Prague on a day’s layover from Odessa I settled myself down in what I’d remembered as a hospitable hospoda, a cut-rate, run-of-the-mill pub, which, however, had become—in the span between my visit and when I’d lived in Prague in the early 2000s—an “artisanal microbrewery,” with the new track lighting and frosted-glass walls reframing the plank floors and tin ceilings not as Habsburgian or even Czechoslovakian relics but as postcapitalist, postindustrial chic. A waiter in tight jeans and a tuxedo T-shirt brought me a trilingual menu, though before I even had the chance to inform myself about the “sustainable” pork goulash and the “organic” flour dumplings, he began to patter on, in gourmet Esperanto, about “Žatec-sourced heirloom hops,” “creamy malts in the nose,” “pithy citrus in the finish,” “6 percent ABV,” until I wasn’t thirsty anymore—I was asleep.

When I first came to Prague, in the summer of 2001, all I heard in the bars was: I was too late; I’d missed out on the Good Old Days, immediately after the Fall, when the bars never closed, day or night, and the absurdist playwright who was also the president would, every Sunday or so, sneak away from the castle for a pint. Now beer was too expensive, whores of every gender were too expensive, and smokers were being compelled to take their butts outside. Soon, with EU membership looming, even the yeast levels would be regulated, and the city would become Vienna Lite. By the time of my arrival, Hrabal—the greatest Czech novelist since Jaroslav Hašek (which is to say, since World War I)—had been dead for four years, after falling out of a hospital window while feeding the pigeons (though many who told me their Hrabal stories—and everyone told Hrabal stories—claimed that the writer had been depressed and jumped). “If only you’d been here for ’89,” witnesses to the Velvet Revolution would say to me, born in 1980. They had a point—but what would I have done with beer or whores at nine years old?

Of course, the few Americans who’d been in the country under communism (mostly journalists, like Alan Levy, but also the animator Gene Deitch, who produced Tom and Jerry from Prague) directed the same Good Old Days rhetoric at the 1990s crowd of expats who were lecturing me, as did Czech novelists as diverse as Michal Ajvaz, Jáchym Topol, and Václav Kahuda, who though they never glorified the precarities of communism always spoke to ausländers about the 1980s, 70s, and 60s—their own childhoods—with a bittersweet boozy hint of nostalgia.

Ja, ja, nostalgia: that state or faculty we’ve been instructed to mistrust because all the latest research tells us that the world of yesteryear—the gaping yearning hesternal—was never as sepia-beautiful, as black-and-white easy, as it seems, or seemed. It doesn’t take a Freud to relate the sentiment to childhood: If the past appears simpler, it was because in the past we were simpler too, or just nonexistent. To feel born too late for a true life (whatever that is), and to feel that as a failure and that failure as ennobling, are very Czech emotions. Or perhaps they became very Czech emotions because they were the themes of Hrabal’s best books, two of which have been bundled here: Cutting It Short and The Little Town Where Time Stood Still, published in 1976 and 1973 respectively—illegally—in samizdat.

Cutting It Short, like Hrabal’s three volumes of memoirs, is narrated by a woman, though while the memoirs are narrated by the author’s wife, Cutting It Short issues from the mouth of his mother, called here by her nickname, Maryška. She tells the tale of her romance with Francin, the shy, dignified manager of a brewery, and of the introduction of “the modern”—the characterization is Hrabal’s—to the little town of Nymburk, Nimburg in German, the author’s home in Bohemia, about a train’s hour east of Prague, perched on the banks of the Laba, or Elbe.

The mythical innocence of Nymburk is abruptly severed— the Czech title is Postřižiny, a word referring to the Slavic and also Jewish tradition of ritualizing a child’s first haircut—by the debut of wireless telegraphy, aka the radio, which brings in voices from without to drown out all the familiar and familial voices within: the chatter and idle babble of the churchyard and market square. Once this innovation is publicized—it publicizes itself—everything else has to be interrupted (or, as the Silicon Valleyists now say, “disrupted”), cut short: The mischievous Maryška snips her hemlines to expose her knees; she saws the legs off tables and chairs; she takes a knife to truncate her dog’s tail; and eventually even has her celebrated locks of flowing blond trimmed off—that hair her barber describes as the “last surviving link with the old Austria,” meaning with the Austro-Hungarian Empire—so that she can ride her bicycle à la mode, with an aerodynamic crop like Josephine Baker’s. What Hrabal has set in motion are two cyclical plots that race each other to embody the metaphysics of history in a manner infinitely more enjoyable, and more joyous, than anything in the pages of Hegel or Spengler: Maryška’s loss of youth, symbolized by her haircut as much as by her marriage, speeds alongside the town’s loss of youth, the cause of which is mechanization, where horses are replaced by trucks, human labor is replaced by the dynamo, and local oral lore becomes transmitted globally. All the olden stories must be written down—or formalized through recording and broadcast—because the technology demands it, and all the olden storytellers are dying.

Preeminent among whom is Uncle Pepin—a character based on Hrabal’s own uncle, an itinerant cobbler and inveterate tippler who, in Cutting It Short and The Little Town Where Time Stood Still, is said to have come to the brewery for a fortnight’s visit, but stuck around for decades. The Little Town Where Time Stood Still—the English title is an exact translation, though Czech, a language that specializes in diminutives, can compress “Little Town” to “Městečko” without risking the preciousness of “village”—is in every way his book, despite it being narrated by his nephew, the son of Maryška and Francin, who’s anonymous but quite winkingly Hrabal. The Little Town Where Time Stood Still proceeds in much the same way Cutting It Short does, anecdotally, as Uncle Pepin’s swagger, blather, and tendency to repeat himself provide his nephew with both subject and style. Everything is outsize, aggrandized—violence is casual and caustically funny, even when the Nazis invade and occupy the brewery (no mention is made of the invasion and occupation of the rest of Czechoslovakia). The day Reichsprotektor Heydrich is assassinated all carousal is banned (the announcement is delivered by radio). But Uncle Pepin—a Good Soldier Švejk-like veteran of the Austrian army, which he describes, in Hrabal’s novel Dancing Lessons for the Advanced in Age, as “the most elegant army in the world”—keeps antagonizing Friedrich, the Nazi engineer who’s usurped Francin’s job: “If only we had a hundred Austrian divisions, my God, we’d soon have you lot beat! Old Freiherr von Wucherer would give the order: ‘Vorwärts! Nach Berlin!’ and we’d beat the lot of you.” Everything was better under the emperor—the drinking, the dancing, even the fighting—at least according to Hrabal, who was born in 1914.

World War II, and the subsequent reorganization of the brewery along socialist lines, spells the end for Uncle Pepin, who fades away like a photograph in the nursing home that Hrabal immortalized in another novel, Harlequin’s Millions. That is, he stops speaking—he cannot, or will not, gloat, joke, or even flirt with a nurse, and it’s this deprivation or surrendering of his “palaver” (Josef Škvorecký’s translation of Hrabal’s term pábení) that paves the way—like asphalt over the cobblestones—to death.

So time stands still, or can be made to stand still, just as long as a tongue transfixes it… That’s all the insight I have, my lovelies, or all that I can bear to give you before turning you loose on this foamy, heady volume, which also makes an excellent coaster. You’re supposed to laugh, you’re supposed to read fast—like this is all just a cartoon or a fast-forwarded slapstick sequence, like life. 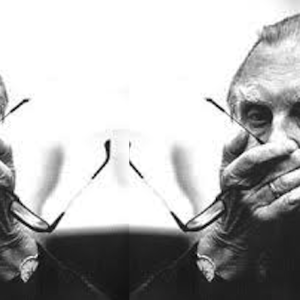 Joshua Cohen on beer, nostalgia, and the greatest Czech writer of the past century. | Literary Hub In what itself...
© LitHub
Back to top