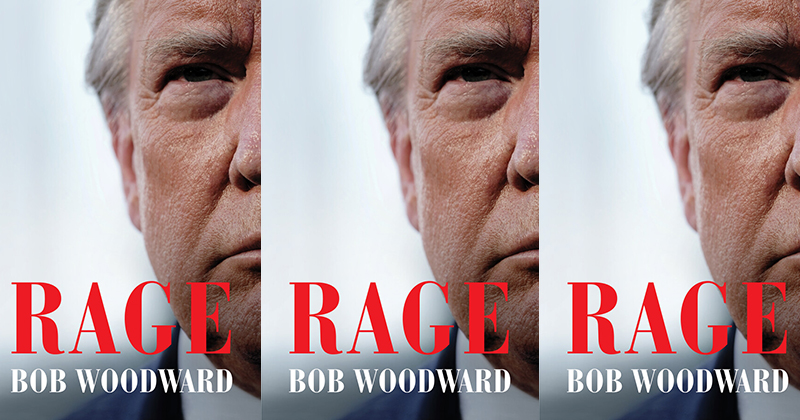 Bob Woodward’s new book, Rage, will have “explosive” new material about the president.

Simon & Schuster has revealed details about what publisher Jonathan Karp is calling its most important book of the year: a new account by journalist Bob Woodward of Donald Trump’s presidency, titled Rage, which comes out Sept. 15.

After ignoring interview requests for Woodward’s 2018 book Fear, which described efforts by members of the early Trump administration to contain the president’s behavior, Trump allowed Woodward to interview him on more than a dozen occasions for Rage. CNN reports that the book reveals “explosive accounts” of Trump’s attitude toward the pandemic, Black Lives Matter, and other events of 2020.

The book also contains reporting from 25 letters between Trump and North Korea’s Kim Jong Un that will be public for the first time—including one in which Kim “describes the bond between the two leaders as out of a ‘fantasy film,'” according to Simon & Schuster.