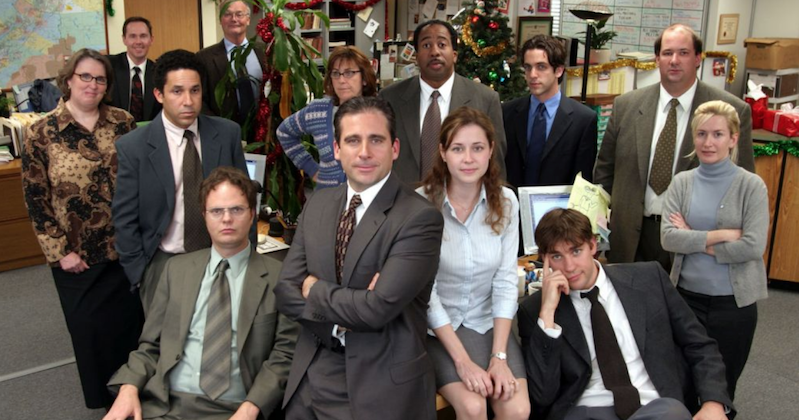 The Inside Story on the Making of an Iconic American Sitcom

Steve Carell had a turkey burger on a whole wheat bun for breakfast most days while filming The Office. John Krasinski liked scrambled egg whites with tomatoes, while Jenna Fischer opted for a small order of scrambled eggs and Rainn Wilson liked breakfast tacos with eggs and beans. Rashida Jones was just there for a single season, but her breakfast—black beans, scrambled egg whites, turkey bacon, avocado and green salsa—became so popular it became known as The Rashida and members of the cast and crew asked for it long after she departed for Parks and Rec.

I learned these absurdly-specific details about day-to-day life on The Office set while speaking with caterer Sergio Giacoman for my new book The Office: The Untold Story of the Greatest Sitcom of the 2000s. I interviewed 86 people in total for it, including Ricky Gervais, Stephen Merchant, Kate Flannery, Oscar Nunez, Creed Bratton, Paul Feig, Jeff Zucker, James Spader, J.J. Abrams, Idris Elba and Amy Ryan. (I also utilized an enormous cache of unused quotes I had from interviews with John Krasinski, Jenna Fischer, Ed Helms, Angela Kinsey, Paul Lieberstein, Ellie Kemper and Greg Daniels I’d conducted over the years at Rolling Stone, where I work as a staff writer.)

And while the cast members, big name directors and guest stars all provided amazing anecdotes for the book, it was lesser-known figures like Giacoman that gave me a lot of the most interesting stories—and they went far beyond breakfast orders. For example, casting director Allison Jones told me that Bob Odenkirk came within an inch of being cast as Michael Scott years before he broke through to mainstream success on Breaking Bad. “But Bob has an edge to him,” she said. “His take on Michael was just as funny as Steve’s, but it was darker . . . The worst thing I ever had to do is tell Bob Odenkirk’s agent that he didn’t get The Office.”

Carell was tied to the failing NBC sitcom Come To Papa at the time, but once that was officially cancelled he was free to join The Office very near the end of the casting process. The first season was rocky and NBC nearly cancelled it, but ratings picked up in season two when they found a way to make Michael Scott more sympathetic. Once NBC ordered a full season, they had to hire a huge crew of editors, assistant directors, boom mic operators, sound engineers, camera operators, production assistants, writers and directors.

Casting director Allison Jones told me that Bob Odenkirk came within an inch of being cast as Michael Scott.

These were the people I spent a year tracking down and interviewing in between sessions with members of the main cast that agreed to speak with me. Without doing that, I would never have learned that James Gandolfini was nearly brought onto a show as a hippie-ish boss with an incredible temper once Steve Carell left, that Jim and Pam nearly separated in the final season or that their wedding at Niagara falls nearly climaxed with a horse going over the falls before Carell told the creative team it was a “jump the shark” moment that would basically kill the show.

It’s a method of reporting I’ve learned from my 16 years at Rolling Stone. Most of my stories revolve around classic rock icons like Pete Townshend, Keith Richards, Neil Young, Billy Joel and Elton John. And while I’ve interviewed those guys several times over, they’ve also written memoirs and subjected themselves to literally thousands of other interviews over the years. Their memory banks have essentially been wrung dry and getting them to deliver new bits of information is a very tough task.

But then in 2013 I spoke to Bernie Taupin for the first time. He’s been Elton John’s primary lyricist for 53 years, but has done maybe 1/1,000th of the interviews. During the course of a single phone call, he told me the stories behind some of their greatest songs like “Levon” and “My Father’s Gun,” explained why their early 1980s records were so horrid (“you could blame it on narcotics”) and revealed how he really feels about “We Built This City,” the 1985 hit he wrote for Starshsip. “That was voted the worst song of all time in Spin or something, which I don’t necessarily disagree with,” he said. “[But] it will probably help send my children to college.”

The first season was rocky and NBC nearly cancelled it, but ratings picked up in season two when they found a way to make Michael Scott more sympathetic.

It’s one of my favorite interviews I’ve ever done and it made me want to speak with more people that have similar roles in history. And so in the past few years I’ve conducted extensive interviews with Neil Young and Crazy Horse guitarist Frank “Poncho” Sampedro, Queen keyboardist Spike Edney, longtime Elton John band drummer Nigel Olsson, Genesis/Phil Collins guitarist Daryl Stuermer, E Street Band keyboardist Roy Bittan and David Bowie keyboardist Mike Garson. They were all overflowing with amazing, hilarious stories that haven’t been repeated ad nauseam. I usually just need to hit “record” on the tape player and just sit back and let them talk.

I brought this mentality to my Office book where I found that off-camera people had stories just as interesting as the central cast. Getting them all on the phone was a bit trickier, however, since I hadn’t written much about television prior to this. But I love The Office as much as any one of my favorite records. Nobody has ever bothered to tell the whole history before and I was determined to do it myself.

And once I won the trust of a few people at the core of the show (I’ll be forever grateful to Creed Bratton, writer/producer Jen Celotta and Ricky Gervais for agreeing to talk to me early and without any reservations), I was able to start wining over the others. Interview subjects started vouching for me to their former colleagues and I quickly had well over 300 hours of audio to transcribe and turn into a book along with many behind-the-scenes photos. Sadly, Giacoman didn’t have any photos of the The Rashida, but I made it myself the other day and it’s pretty great. 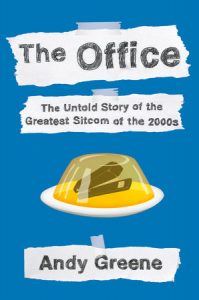 Andy Greene’s The Office: The Untold Story of the Greatest Sitcom of the 2000s is available now.

Andy GreeneDuttonsitcomstelevisionThe OfficeThe Office: The Untold Story of the Greatest Sitcom of the 2000sTV
Share:

Andy Greene is from Cleveland, Ohio, graduated from Kenyon College, and is now a senior writer for Rolling Stone, where he’s worked for the past 15 years. He’s written cover stories about Radiohead and Howard Stern and feature articles about Bill Withers, Nathan Fielder, Steve Perry, Pete Townshend, Stephen King, and many others. He lives in Brooklyn. 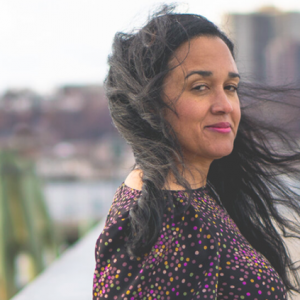