On Narratives of Race, Power, and America

Blame it on John Edgar Wideman. At a conference many years ago in New York City, my mentor Eugene B. Redmond introduced me to Wideman. Of course, I was very familiar with his work in both fiction and nonfiction, was well aware of his ability to bring Pittsburgh’s Homewood community to stunning life in books like Damballah and Sent For You Yesterday. A fledgling writer with few publication credits to my name, I was in awe. I was one of perhaps dozens of similar aspirants lucky enough to shake hands with Wideman that day. But, perhaps because Redmond, a respected poet and critic, had introduced me, Wideman politely engaged me in brief conversation. He asked me where I was from and what I hoped to write. If memory serves, I answered mostly with stammers and rapid blinking before coughing out that I hailed from North St. Louis, an all-black region in an intensely segregated city. “There are a lot of stories in North St. Louis,” I remember him saying. “Someone needs to tell them.”

Many years would pass before I would attempt to take up Wideman’s suggestion in book form, but it was seldom far from my thoughts. It lingered in my synapses as I tapped out my first short stories set in my neighborhood, some of which eventually made it into anthologies. It emerged in more substantial form as I worked on a nonfiction project that ultimately became The N Word: Who Can Say It, Who Shouldn’t and Why. Despite its provocative title, the book is less an examination of that epithet than a cultural history of white supremacy. Completing it required a lengthy immersion in a depressing variety of hateful materials, including racist films, documented lynchings, and all manner of pop-culture effluvia. After long days of wallowing in filth, I turned to the refreshing release of a brisk shower and the rejuvenating comfort that writing fiction reliably provided. I began to devote my evening hours to writing the linked stories that eventually became my first work of fiction, A Taste of Honey.

Like Only the Strong, that project stemmed from Wideman’s suggestion that I turn to the streets and people I knew so well. I channeled that knowledge when creating the fictional world of “Gateway City,” which I declined to name “St. Louis” because I wanted the freedom to invent, to make up events that never happened in real life, on streets that don’t intersect in real life, to follow wherever my imagination led me.

The 1970 neighborhood portrayed in Only the Strong, like its real-life counterpart, is hardly a paradise. As with all communities, it has no shortage of flaws. But its residents make the most of their confinement; even while struggling beneath the heel of segregation, they manage to derive satisfaction from their self-containment. Neighbors know and support each other. Children play safely under the watchful gaze of compassionate elders. The residents of North Gateway all bear witness to a complex, far-ranging narrative that any American who lived through the seventies is likely to recognize. And they contribute to it with the stories they tell.

Storytellers were everywhere in my real-life neighborhood. In barbershops and candy stores, on street corners and in amen corners, in classrooms and at Chinese takeouts, on park benches and front porches, North St. Louisans of every age and variety spun engrossing, complicated yarns. Their repertoire included everything from tall tales to testimonies (“I seen it all. What happened was…”) to soapbox sermons, to “the dozens” (“your mama is so fat…”). So many people I encountered daily had an experience to share, from how they got over to how they barely escaped going under. The universe is made of stories, not of atoms, Muriel Rukeyser once observed. Growing up where I did, the truth of her statement was readily apparent. Storytellers were admired in North St. Louis, and even then I was determined to join their ranks.

On some instinctive level, adults and children alike understood the power of narrative capital, as critical to our well being as intellectual capital, economic capital, and social capital. We knew that the man or woman who shapes and controls the narrative, shapes and controls nearly everything. With such a complex realization humming, engine-like, underneath our exchanges, we told and told, until we were all out of breath. The stories swirling around us comforted and educated us; they inspired us and provided emotional insulation from the white, often hostile world that lurked just outside our borders and, at its worst, threatened to consume us.

Whites were visible here and there in the form of cops, bill collectors, and grocers—but mostly as cops. Swaggering and malevolent, cops could and did pop up anywhere, always ready to inflict a damaging blow. They harassed neighborhood kids, delivered bloody beatings in alleys, and splashed white paint on the murals that my father and other local artists had painstakingly created. A Taste of Honey begins with an unarmed black man’s death at the hands of a white policeman; in Only the Strong, twitchy cops skulk at the margins of the story, always threatening to twist the plot into untenable shapes. In North St. Louis, it was often hard to see them as the hired guns they were, henchmen acting in the service of wealthier, greedier powers. Those powers, poised to take full advantage of shifting economies and manufacturing opportunities overseas, crafted a narrative ultimately too vast and potent to overcome, resulting in a story of tragic decline. Even as residents joyfully celebrated North St. Louis landmarks and traditions, businesses and institutions were leaving—a change I tried to parallel in the fictional world of North Gateway.

My Gateway shows an era and a place teetering on the brink, where well-maintained homes and general goodwill would soon be replaced by crumbling housing stock, food deserts, rotting infrastructure, a dwindling municipal tax base, struggling schools, and limited access to healthcare, among other ailments. In time, the residents’ spirit of can-do optimism would give way to frustration with their powerlessness and anger at the often-inept leaders who claim to speak for them. All the while, they labored under the scrutiny—constant and inevitable as death—of a sadistic and corrupt police force.

Many American cities confront the same unpleasant reality, and it’s no surprise that violence blooms among such conditions, as voracious and fast-spreading as the latest generation of pesticide-proof weeds. At the same time, some people continue to flourish amid such circumstances, going about their business with style, wit, and admirable pizzazz. As a writer and journalist, I’ve always been more interested in those folks than the ones who hog the spotlight, preening at press conferences while the people they claim to serve go to work at their increasingly elusive jobs, driving buses and taxis, stocking merchandise at big-box stores far from home, waiting on grumpy customers, collecting garbage, cutting hair.

Gradually, the suburbs north of St. Louis opened, enabling some hopeful residents to leave the city for brighter, greener ghettos. They moved into sun-splashed communities where “for sale” signs popped up like stubborn mushrooms intruding on manicured lawns. Meanwhile, aggressive police departments began to fatten their coffers by collecting fines levied for questionable offenses such as failing to walk on the sidewalks, exhibiting an “aggressive manner,” and, for motorists, a collection of spurious violations commonly referred to in aggregate as “driving while black.” As the Justice Department and various news outlets have shown, the notorious racial bias of the Ferguson police department is part of a vast web of discrimination extending throughout the St. Louis metropolitan area.

Those developments, spawned in the seventies, have led to a series of incidents in our uproarious present, including Officer Darren Wilson’s fatal shooting of Michael Brown and the campaigns against police brutality that continue to this day. I had no way of seeing the future when I chose the actions of a violent cop to set my fictional world in motion, but I was comfortable with the idea of a corrupt policeman as a central metaphor for everything that could go wrong in a community. The characters in Only the Strong had no inkling of the Internet, no notion of Twitter, which enables activists in Ferguson and elsewhere to organize thousands by clicking a few keys. They would certainly be amazed, as I am, by the skill with which protesters use cell phones and social media to challenge the dominant narrative and expose the failings of reporters who accept the official story as the only one. Clearly these motivated citizens in St. Louis, Baltimore, and other turbulent cities have grasped the same truth that their predecessors arrived at decades ago in the community that continues to inspire my writing: storytelling, used effectively, is also a form of resistance. 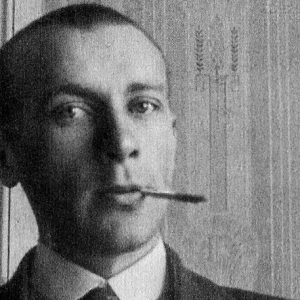 Jabari Asim on the narratives of race and power in America, and on the importance of writing stories from your hometown....
© LitHub
Back to top