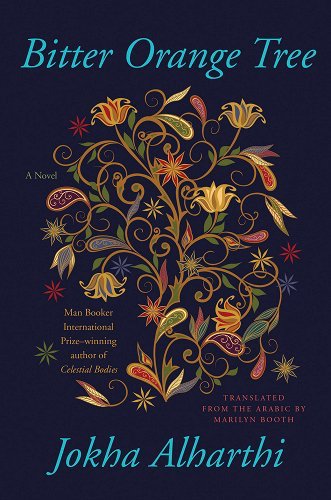 The following is excerpted from Jokha Alharthi's new novel, Bitter Orange Tree. Alharti was the first Omani woman to have a novel translated into English. Celestial Bodies won the Man Booker International Prize and became an international bestseller. Marilyn Booth holds the Khalid bin Abdullah Al Saud Chair for the Study of the Contemporary Arab World at Oxford University. In addition to her academic publications, she has translated many works of fiction from the Arabic.

Everything happened in the course of the First World War. Shipping was at a standstill in the Gulf, and goods were hard to come by. The price of a sack of rice shot up to a hundred qirsh, each qirsh coin the old, heavy silver Maria Theresa thalers that circulated in Oman back then. A bag of dried dates cost thirty. A woman’s cotton head-shawl couldn’t be had for less than two entire qirsh. Drought struck. Famine. The irrigation canals dried up, the date palms were dying, and whole villages emptied as people left home, heading to parts of the country where hunger was not so widespread or acute, and life was more affordable, or to the east coast of Africa.

She and her brother were born not long after the war, in one of the villages staggering under the burden of inflation and drought. Her mother died of fever when she was only a few years old. These were the years when people were circulating rumors whose source no one knew, about a British company that had been granted oil-drilling rights. Her father was a fine equestrian and a horse trainer, skilled at taming recalcitrant horses. But his new wife tamed him. She convinced him that it was best for the two of them, and for the children they now had, to expel the brother and sister whose mother had died. And so that is what happened. As his son was reaching out for a bit of food from the family’s shared platter, the father slapped his arm, and the precious grains of rice flew from the fingers of the fifteen-year-old boy. His sister, two years younger, started shivering and stopped eating. The father began to shout. “Shame! Don’t you feel shame eating from your father’s platter? Eat from the toil of your own arm! Do you think your father is yours, and yours alone? He’s not always going to be here for you.”

She told me this story the day she roughed up Fattoum and Ulyan, rescuing me once and for all from having my face rubbed in the dirt and my hair torn out. Yet I didn’t believe her. I imagined my own father gripping my brother’s hand and then putting my hand in his and expelling us from the house. It wasn’t possible. Surely such a thing could not happen. But she told the story countless times after that, and every time, one little tear from her single good eye would roll down her face. Not because they’d been kicked out as two lone orphans but in memory of her brother who had not been able to endure the misery and pain of working as a day laborer building mud-brick houses. He died less than two years after their expulsion.

“Your grandmother?” asked Suroor. “She wanted to be a peasant farmer?”

It really is true, one cannot yank the words back, there are no threads attached to them that we can tug, to make them disappear. “She always longed to own some land,” I responded. “Just a tiny patch, with date palms growing on it, even if there was only space for five or so. And a few little fruit trees—lemon, papaya, banana, bitter orange. She would even plant those herself. She would water them and take care of them. And eat from them. And rest in their shade.”

My friend was silent. She probably didn’t have a clue what I was trying to say. We gathered up the cups and plates and wiped the tables clean. The party had ended. Suroor would go to sleep, suppressing the thought of her sister’s marriage. My grandmother’s dream would remain, wakeful and alive.

She dreamed of the tiny plot of land that she would tend, living off its proceeds, until her death. But her dream never came true, nor did any other dreams she had. None of them at all—even when she climbed into the Bedford truck that took her from her village to the outskirts of Muscat for an appointment with Dr. Thoms, or “Thomas” as the locals called him, the famous missionary doctor, reviving the fantasy of regaining her sight completely in the eye that the herbal remedies of the ignorant had obliterated. But Dr. Thoms reduced her dream to nothing. He told her that the pain in that eye would go away on its own but the herbal infusion that had been repeatedly applied had caused permanent loss of sight in it. No surgery that he could perform would bring it back. She had to be content with her one good eye, he said. She would have to make do. So she was content. She made do. She climbed back into the truck bed, without a word, and returned to the village.

And I . . . My sight still misty and blurred by the dream-fog I was in, the open arms she held out to me, I would sometimes forget that she had died. Getting up to look for her, I searched the corridors between rooms. I could hear my Chinese classmates arguing, and the little screams of my Nigerian neighbor having sex with a Colombian student she’d taken a liking to recently. I would find myself wandering barefoot into the ice-cold kitchen. The snow would not have stopped. Finally, remembering that she was dead, I ceased searching the corridors.

Kuhl had been trying to convince Suroor to give up her room now and then, so that she could be alone with her husband. He was living in a tiny flat with five other Pakistani men, so it was impossible for her to go there. Kuhl lived with a married relative of theirs and her husband, since their flat literally abutted the college of medicine, while the university’s residence halls were quite a distance away. Even if she tried to apply for university housing now, she wouldn’t be allowed to complete the paperwork and move before the end of the term. The two of them had used up all their funds on cheap hotels and B&Bs, and her father the banker was not going to increase the amount he transferred monthly to his daughters. Suroor said no at first, but finally she gave in, leaving the key for her sister and spending those hours at the university library or trying to study in the park. But it didn’t get any easier, and she never did get used to the idea. She couldn’t even stand the thought of it. She confided to me that it made her feel filthy. Their parents weren’t stingy with anything. And here were Suroor and Kuhl, so far away, conspiring behind their backs. She couldn’t stop thinking about what the pair of them were doing in her room. About that hand—that rough peasant hand—on her sister’s soft, smooth throat; his coarse lips on her pampered body. This was torture, Suroor said. She couldn’t stand it.

Bono has finally done it. He’s written his memoir. And it’s going to be published. 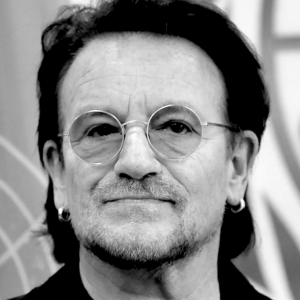 Bono has finally done it. He’s written his memoir. And it’s going to be published. Look, The Joshua Tree was the first album I ever bought with my own money. I have a soft spot for U2, up to and including...
© LitHub
Back to top