Bill McKibben: 5 Books to Read If You Care About the Planet

This Changes Everything, Naomi Klein: A remarkable account of where we are and where we need to go.

“Claiming that climate change is a plot to steal American freedom is rather tame by Heartland standards. Over the course of this two-day conference, I will hear modern environmentalism compared to virtually every mass-murderous chapter in human history, from the Catholic Inquisition to Nazi Germany to Stalin’s Russia.”

Merchants of Doubt, Naomi Oreskes and Erik M. Conway: Which will help you understand the mushrooming #ExxonKnew scandal.

“Doubt-mongering also works because we think science is about facts—cold, hard, definite facts. If someone tells us that things are uncertain, we think that means that the science is muddled. This is a mistake. There are always uncertainties in any live science, because science is a precess of discovery.”

Private Empire, Steve Coll: Which will give you a long list of other reasons why Exxon is a very dodgy outfit.

“The ExxonMobil forecast numbers suggested that to make an impact on oil demand, the world’s governments would have to reach a unified conclusion that climate change presented an emergency on the scale of the Second World War—a threat so profound and disruptive as to require massive national investments and taxes designed to change the global energy mix.”

The Tyranny of Oil, Antonia Juhasz: The reporter who’s really covered the most powerful and reckless industry on the planet.

“The masters of the oil industry, the companies known as ‘Big Oil,’ exercise their influence throughout this chain of events: through rapidly and ever-increasing oil and gasoline prices, a lack of viable alternatives, the erosion of democracy, environmental destruction, global warming, violence, and war.”

Trespassing Across America, Ken Ilgunas: An epic account of walking the route of the proposed, and for the moment quashed, Keystone Pipeline.

“The book is about my journey–fleeing from cows, taking cover from gunfire, and keeping warm on a very wintry and questionably-timed hike. But it’s also about coming to terms with climate change and figuring out what our role as individuals should be in confronting something so big and so out of our hands.”

Bill McKibben is a former New Yorker staff writer and the founder of the grassroots climate campaign 350.org. He is the Schumann Distinguished Scholar in environmental studies at Middlebury College. 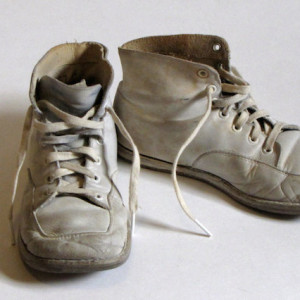 When I ask my friends why they read fiction, again and again they say it’s because they want to be swallowed up by new realities,...
© LitHub
Back to top
Loading Comments...