Beyond the Afropolitan Writer

At last Wednesday’s PEN World Voices panel “Africa in Two Acts,” professor of political science Achille Mbembe stated, “Weaving in and out of places has become a way I negotiate with myself.” It is a line I have returned to often over the course of this year’s festival, as questions of what we talk about when we talk about Africa—as well as whom—were spiritedly debated. Topics included academia as its own war zone and the “scramble for new educational territories,” China’s economic presence and the physical insularity of Africa’s booming Chinese immigrant population, as well as the failings of monolingualism.

While jailed Ethiopian journalist Eskinder Nega was mentioned within the first five minutes of the festival’s opening ceremony (and countless references made to refugees dying in the Mediterranean), the issue of mobility—that of the lyrical tongue and of the body—remained largely tied to the movements of the Afropolitan, the purview of the unfettered polyglot. However, if Africa’s circulatory system is the key to unlocking progress, then the continent cannot be a body unconcerned with half of its limbs.

A large part of the issue lies within the limits of existing tangible infrastructure, not only with regard to travel (e.g., airports, harbors, highways) but also technology. The latter is one of the reasons why mobile phone usage has exploded as landline construction’s lagged. As several of the panelists underscored, Africa desperately needs China and its massive investments if for no other reason than basic development purposes. Moreover, this pivotal financial assistance is unlikely to come from any other global power, particularly those in the West.

Yet issues of national identity and what that means have been prevalent in the African narrative. “No African is a foreigner in Africa,” stressed Mbembe, alluding to the recent spate of xenophobic attacks on African migrants in South Africa. The implication is that violence in this respect results from communities seeing the self as the other. It is a mindset in need of change, which is why Mbembe promotes the macroscopic concept of continental stakeholdership instead of national citizenship.

However, with China in mind, fellow panelist Lola Shoneyin was quick to add that stakeholdership must be mutually beneficial. Concern exists among many that incoming Chinese citizens are uninterested in Africa as a land with history but rather as a land with an accessible future. Examples of this practice are not without consequence. When a Chinese restaurant in Kenya enacted a “No Africans” policy recently the backlash was immediate.

One would be naive to assume infrastructural developments are solely for the benefit of African citizens. China stands to profit handsomely in the coming decades from manufacturing and agricultural exports. In places like Nigeria and Ethiopia, light rails are in development that will expedite the shipping of commodities dramatically.

“China doesn’t want to be a colonial power; it wants to be an economic power,” asserted panelist Aminatta Forna later in the night. Yet Chinese land grabs involving millions of hectares of fertile territory across Africa—and the displacement of thousands of villagers with the consent of ruling governments—suggest the truth lies somewhere in between.

With so much talk of the future within the continent, it’s easy to overlook what China sees in its future at home and abroad. Despite slight population growth projected between now and 2050, resource scarcity—particularly water scarcity—remains a severe threat with dire consequences.

The question then becomes how to ensure Africa profits from its own growth. There are those who believe the African author with reach has a responsibility to speak for the voiceless and exploited. Even if it were true, that is a great ask of the written word under present circumstances, incendiary or otherwise.

Instead, one might consider two quotes from PEN festival’s opening night. The first comes from Aminatta Forna who said, “The past, in a poor country, is not so far away.” The second is Jackie Wang’s observation that “Poets become timekeepers of the revolution.” What may serve African literature best in the coming years is keeping an ear open to the stories in overlooked and under-translated countries, the ones willingly demanding accountability. Nothing should stop Afropolitan writers from writing the tales that drive them. That said, it is up to the global literary community to ensure those aren’t the only ones being heard.

Rahawa Haile is an Eritrean-American short story writer and essayist. Her work has appeared in The Awl, Vol. 1 Brooklyn, The Village Voice, and elsewhere. 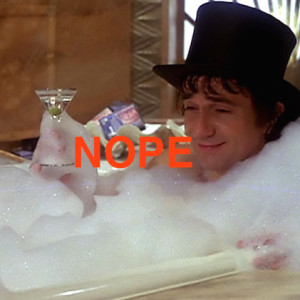 Once upon a time, the literary loser was a straight white man with access to the best life could offer—and yet he managed...
© LitHub
Back to top