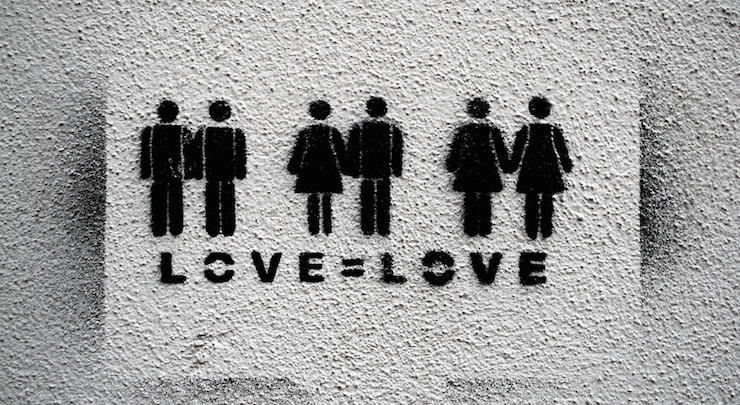 Michelangelo Signorile on Backlash and the Ongoing Fight for LGBT Rights

This morning, no matter the ruling the Supreme Court returns with on marriage equality, few calls to action are as necessary as the one in Michelangelo Signorile’s new book, It’s Not Over: Getting Beyond Tolerance, Defeating Homophobia, and Winning True Equality. I can’t urge it on enough people.

I met Signorile in my first days in New York City, back in the early 1990s, when he was already a force to be reckoned with in the LGBT movement and ACT UP—he was the journalist who effectively invented outing celebrities as a political tool, still controversial to this day. He had no patience back then for respectability politics—the “maybe if we’re nice they won’t kill us” school of political civil rights activism—and all these years later, he’s much the same, impatient at the notion that tolerance could be enough. Signorile is currently the Gay Voices Editor at Large at the Huffington Post, the host of the eponymous Michelangelo Signorile Show on Sirius XM, and this, his fifth book, I think arrives just in time, with the message that if you imagine the fight for equality will be over with the Supreme Court’s ruling today, you haven’t been paying attention.

In It’s Not Over, Signorile lays out both a cogent critique of our current moment and a clear path to winning the broad-based legal protections we don’t yet have. Yes, victories have been won, but Signorile also points to data that all of those victories have been followed up by backlashes—increases in the number of homeless LGBT youth who may have come out into families or school situations that were not at all welcoming, and an uptick in violence against transgender women, especially transgender women of color. He also identifies a fatal flaw in the mindset of those activists who imagine that recent victories are signs the struggle for equality is nearly done, thus the title: “It’s not over.” His is a bold vision for the way forward but it includes acknowledging that with each victory comes a backlash, and a right wing determined to win, retooling its arguments against rights for LGBT people, people of color and women—and that what is needed is an intersectional approach toward victory.

I emailed some questions to Signorile this week and here is our exchange.

Alexander Chee: I suppose we should just open with how you think the Supreme Court will rule? And, do you have a sense of just how far we have to go if the ruling is negative—how prepared are we to keep up the fight? The media has presented this as a potential TKO on marriage equality but it’s more complex than that, isn’t it?

Michelangelo Signorile: The question now is how far-reaching the ruling will be. I see a narrow victory for marriage equality but the legal theory behind it is unlikely to be far-reaching for fuller LGBT rights. We’ll be back at the court many times in the future.

AC: You make a compelling case for what you call victory blindness—I understood it immediately—the belief that, amid so much progress, the work is done or at least that the old dangers are remote. Is it also movement fatigue, too? It seems to me that one possibly fuels the other.

MS: Yes, it’s probably a bunch of things. Some people are burned out, tired. Some are enthralled and seduced by any validation after being starved for so long. But I think for many it’s a sense of feeling positive and being upbeat and wanting to focus on winning. We live in a culture obsessed with this and obsessed with winning. No one wants to be a loser. But civil rights just don’t fit into that frame. No matter what group, we are always fighting, and must always fight, and beat back attempts to strip hard-fought gains. You have to live “It’s Not Over” every day and not buy this idea of “winning” once and for all.

AC: Do you see victory blindness in any meaningful ways looking back at previous eras, or other movements? And if so, what can we learn from them about this way that believing in our own success can make us if not our own worst enemy, our enemies’ best, least effective opponent?

MS: We’ve seen it many times. The perfect example was the moment pre-AIDS, when we thought, wow, we’re liberated, we have bars and clubs and we can dance all night on a dance floor. I think we saw political apathy setting in even as our enemies were working against us. Then we were shocked AIDS surfaced and we saw how much political leaders and many average Americans despised us and would rather see us die.

AC: Does victory blindness have political costs inside our movement that we haven’t paid attention to yet, and to your mind, what are they?

MS: It plays out on the most vulnerable and least privileged. In It’s Not Over I discuss how the backlash to marriage equality wins, for example, has clearly included a surge in gay-bashing—we’ve seen this in cities like Seattle and New York—but those most under attack, by a 3 to 1 margin, are transgender women of color. We have a surge in homeless youth and homeless LGBT youth in the past few years, as kids are coming out earlier—inspired by seeing gays marrying on TV perhaps—and are then thrown out of their conservative religious right homes. In 2011, the year marriage equality passed in New York, amid all the celebrating, we saw a 40 percent increase in LGBT homeless youth in New York City. Again, what is causing that? Is it that we’re all celebrating and saying it’s all great and kids think they can come out and then are kicked onto the street? We have to pay attention to that.

AC: Few stories underlined the gap between the grass roots and the establishment these days like the Human Rights Campaign Fund’s recent diversity problem scandal. Given the obvious role, say, a lesbian couple played in the 2013 defeat of the Defense of Marriage Act, why is it still so hard for all these powerful, connected white gay men to understand the power of intersectional politics? After all this time, what could still be the big hurdle there for them?

MS: If we could answer that question we’d solve the problem of white privilege in America. Gays are growing up in the same racist culture as everyone else. The idea that if you experience one oppression you’ll be sympathetic to others only goes so far. Every group has to be educated about every other group that has been demonized in this culture. As I discuss in the book, to me this is all about the schools from K through 12, on all the issues, and we really must revolutionize education.

AC: Gays in the military, gay marriage, these are fairly conservative victories even if conservatives won’t own them as such—which doesn’t make them bad, but, as a result, the appearance of Truvada, while not technically a political victory alone, has been one of the few victories we’ve seen that falls at all within the realm of the fight for sexual liberation, for sex for pleasure. And at a time when the right is aggressively pursuing limiting access even to birth control. How can we start winning again in the fight for sexual freedom?

MS: This is the true danger of victory blindness. Even in this day of the supposedly most enlightened president, after decades of HIV affecting our communities, we do not have sex-positive, explicit HIV prevention campaigns from our federal government health establishment. We still don’t know a vast amount about the sexual practices of gay and bisexual men and transgender women—all affected in great ways by HIV—because we can’t even get the studies done. Again, I go back to the grass roots. We need another march on Washington—and another after that—and we need full protections. A comprehensive civil rights bill, anti-discrimination protections, and perhaps that needs to include the kinds of research and protections that enhance sexual freedom and sexual health.

AC: What are some ways the grass roots and the establishment might work together in the days ahead? And who are our movement’s most under-recognized potential allies, as yet untapped?

MS: I would like to see establishment LGBT groups not just connecting with grass roots groups of mostly white gay activists, but also connecting with Black Lives Matter and so many of the activists organizing in recent months around racial issues, many of whom are black and gay and lesbian. All of the issues we’re seeing the right push back on, they all connect. This has been decades of a concerted effort. We’ve seen the Voting Rights Act stripped away. Women are fighting not just against the chipping away of abortion rights but still with regard to pay equity and rape culture. LGBT people need to know and learn that the backlash will be similar and perhaps we can work together across these lines and create a more powerful force. I really try to underscore this in It’s Not Over. I was in Texas last month and watched LGBT politicians, activists and progressive allies beat back over 20 anti-LGBT bills. The two out members of the legislature are also Latina women. For them, LGBT rights, immigration issues, abortion rights, women’s pay, racial issues, issues affecting low-income people—all of these issues are connected and are part of the struggle. They realize that you have to push back hard and can’t settle or think you’ve won—which breeds the complacency—because there’s so much more for which to fight and that they’ll always be fighting to keep any rights won. 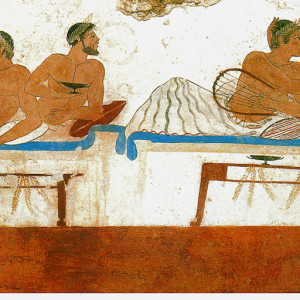 The Atlantic recently pronounced Hanya Yanagihara’s A Little Life, which was released in March, the Great Gay Novel. Writer...
© LitHub
Back to top