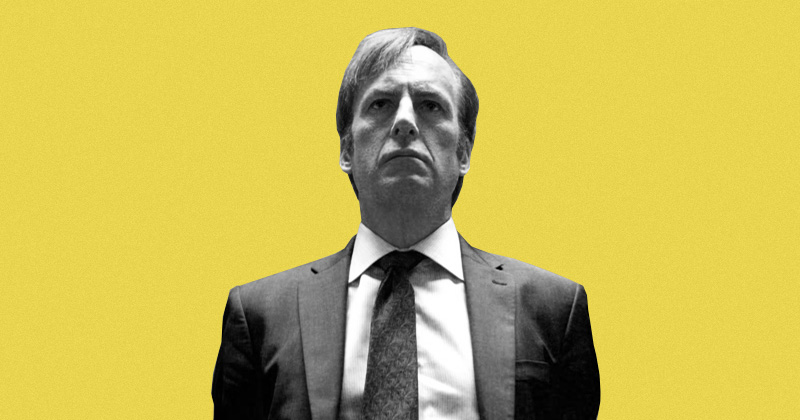 How the Breaking Bad Prequel Complicates and Improves on the Original

In a 2011 essay for Grantland, cultural critic Chuck Klosterman argued that, of the four TV dramas he took to be part of the Golden Age canon—The Sopranos, Mad Men, The Wire, and Breaking Bad—the latter was the best, or at least the one he liked the most. Where the other shows interrogated morality in a way that suggested individual actions were largely the product of institutions or historical context, he wrote, Breaking Bad presented morality as “continually a personal choice.”

Breaking Bad’s fourth season was airing on AMC at the time. Bryan Cranston’s Walter White, in contrast to the other anti-hero protagonists littering premium cable dramas, had chosen to do evil, and the show was largely about the consequences of his decision. This made sense; 2011 was around the height of the Difficult Men era of TV and the peak of obsessively Talmudic TV criticism, in which every new episode of every new show suggested new aesthetic triumphs, at least according to the recaps. One of television’s advantages over film was telling one long story over time, the story went, and Walter White’s slow descent into monstrosity was the best example of this characteristic of the medium.

Seven years later, Better Call Saul, the prequel to Breaking Bad currently airing its fourth season on AMC, has long-since surpassed its predecessor as an examination of ethics, of what it means to be a person who tries to change, and as a character study. Not just because its writers and producers have become far more adept at the technical aspects of making TV with time—blocking, cinematography, snappy montages—but because the show embeds the possibility of individual moral choice within a maze of personality problems, communities, and complex societal pressures.

Better Call Saul focuses on human moral quandary James McGill, the con artist-turned-lawyer played by Bob Odenkirk, who eventually becomes Saul Goodman, the slimy consigliere from Breaking Bad. By operating as a prequel, Better Call Saul appeared at first to buy into the linear moral logic of Breaking Bad: Walt’s steady trajectory from, as creator Vince Gilligan famously put it, Mr. Chips to Scarface. Better Call Saul begins with Jimmy already in a compromised state, and it could have merely filled in the blanks of his eventual connection to Walt. Instead, the show has Jimmy take one step forward, two steps back, and three steps sideways, as he tries his best to stay on the straight and narrow while finding it harder and harder to resist the siren song of grift.

By the current season, Gilligan, co-creator Peter Gould, and the rest of the Better Call Saul creative team have painted Jimmy into a series of painful corners. After his prickly, callous older brother Chuck (Michael McKean) dies in a fire, Jimmy finds his life without an antagonist—and, while Chuck may have pushed him in an amoral direction by reiterating that Jimmy would never be anything more than a con man, Better Call Saul also suggests that Chuck might have been his primary grounding moral influence. Similarly, Jimmy’s relationship with his hyper-competent, no-nonsense girlfriend Kim (Rhea Seehorn) simultaneously pressures him to stay good while also squeezing him to find new ways to make money and lie in order to appear better than he is. This isn’t just good storytelling; it’s complicated and human.

Likewise, Better Call Saul positions its protagonist as a person at the mercy of the rest of the world, not just his intimate circle. On Breaking Bad, Walt interacts with institutions—the DEA, drug cartels, even the school at which he works—under the assumption that he is the center of the universe, a delusion that the show, with only one or two notable exceptions, supports. Walt is the hero, even when he’s the villain. Jimmy, meanwhile, has to navigate multiple competing law firms, an industrial nursing home, and the interlocking, ever-grinding gears of the Albuquerque criminal justice system as just another two-bit defense lawyer. In season four, he isn’t even allowed to practice law, and has to wait out a bureaucratic punishment from the bar association.

This contrast highlights the relative simplicity of Breaking Bad’s moral universe. That contrast becomes especially clear in Better Call Saul’s other plot: a drug cartel story about Nacho (Michael Mando) being slowly indebted to Breaking Bad arch-villain Gus Fring (Giancarlo Esposito), while Mike (Jonathan Banks) works his way up the ladder of Gus’s criminal enterprise. This storyline is entertaining enough, but it realizes some of the worst fears about what a Breaking Bad prequel might have looked like. One episode of the fourth season features a shootout massacre committed by the silent Salamanca twins, which seemed far more thrilling in 2011 than it does now. Who cares, when it’s much more compelling to watch Jimmy decide whether or not he wants to read a letter from his dead brother?

According to Klosterman, Walter White, spurred by his cancer diagnosis, simply decided to be a bad person one day—he is “a person who started as one type of human and decides to become something different.” That’s what makes Breaking Bad more engaging than, say, The Sopranos, which Klosterman claims is about “innately bad people” who happened to live in a world like ours, enticing viewers through a sort of uncomfortable voyeurism. His reading entirely misses the point of The Sopranos, which is that everyone is innately bad, and that Tony is a monstrous person who is also a person—but it also misreads Breaking Bad.

Though Gilligan sold Breaking Bad on the “Mr. Chips to Scarface” line, and the show often tried to stay true to this trajectory, by the finale, one thing became clear: Walt was always a short-tempered, egotistical monster whose worst instincts were kept in check solely by his fear of the world. As that fear melted away, so too did Walter’s moral qualms about poisoning children, money laundering, and ordering cold-blooded murder.

Locating the texture of morality largely in individual choice is a narratively compelling if insane way of thinking about agency. Through all of his trials, Walt remained an exciting figure, up through the series finale when he succeeded in killing all of his enemies, saved his protege, and died as the hero of a Western. But in real life, our actions are constrained, produced by, and funneled through our experiences, identities, and options. (This is why, for example, we don’t criticize people living in poverty for not investing their leisure time in political causes, while Jeff Bezos’s head might just wind up in a guillotine basket one day.) Without defending a form of relativism, it seems fair to say that people are complex enough creatures that teasing out their choices is a project that requires more thought than a logline. There are many ways to carve up a person.

Walt was always a short-tempered, egotistical monster whose worst instincts were kept in check solely by his fear of the world.

In this respect, Better Call Saul’s concept of moral agency is actually much closer to the one posited by The Sopranos: that people have a certain gnarl of habits, norms, and loosely held values that tie their personalities together. This knot is readily influenced by the rest of the world, and though it can be changed, for the most part people fall back on their worst impulses. Jimmy continually feels the pull of the scam; he’s good at it, and running cons is an easy way of solving his professional and financial problems. But his transformation into Saul is not a single, simple choice: It’s the endpoint of a lifetime of struggling against his desires while attempting to do the right thing, or to understand what the right thing even is. Jimmy’s life is his own, but parts of it belong to everyone and everything around him.

Breaking Bad had to end with Walt’s death, foreclosing the possibility that he would ever have the option to make other choices, to become more complex than the path he’d set out upon at the beginning of the show. By contrast, many of Better Call Saul’s most poignant moments occur during black-and-white sequences depicting Jimmy’s post-Saul life as Gene, the manager of a Cinnabon in Omaha. In these scenes, Jimmy is harried, constantly terrified, and beaten down by life. He experiences constant anxiety, panic, and a texture of emotions as he tries to go about his life while still, sometimes, trying to figure out what it means to be a good person. Faced with the prospect of having to continue muddling through, the prospect of a clear road ending to a blaze of glory feels less like a choice and more like a cop-out. 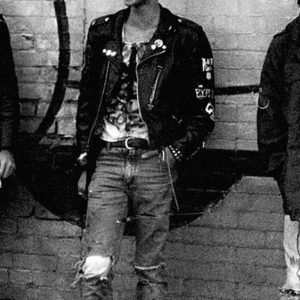 The very first punk in East Berlin went by the name “Major.” She was 15 years old and lived in a neighborhood called...
© LitHub
Back to top