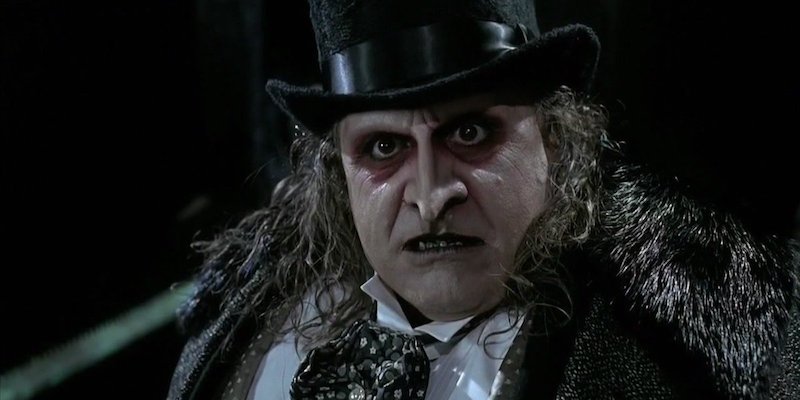 Good news for two intersecting subsets of people: Danny DeVito will be writing a story in Gotham City Villains Anniversary Giant, an anthology comic celebrating various Batman villains. DeVito’s story, drawn by Dan Mora, will—of course!—focus on The Penguin, who he played in Batman Returns. This will be DeVito’s debut as a comic writer. (And if it’s half as funny as this photo, it’ll be a success.)

DeVito’s continued association with the DC Universe has sparked rumors that he might reprise his role as Penguin in the upcoming The Flash movie, despite his character being killed off. Who can say? It’s fiction!

I have been working with @DannyDeVito & @Paul_Kaminski
in a new short Penguin story for Batman villain's 80th anniversary.
I'm super excited for everyone to read it.
cover by the legend Lee Bermejo @DCComics @thedcnation pic.twitter.com/rbkCKoC7Hz