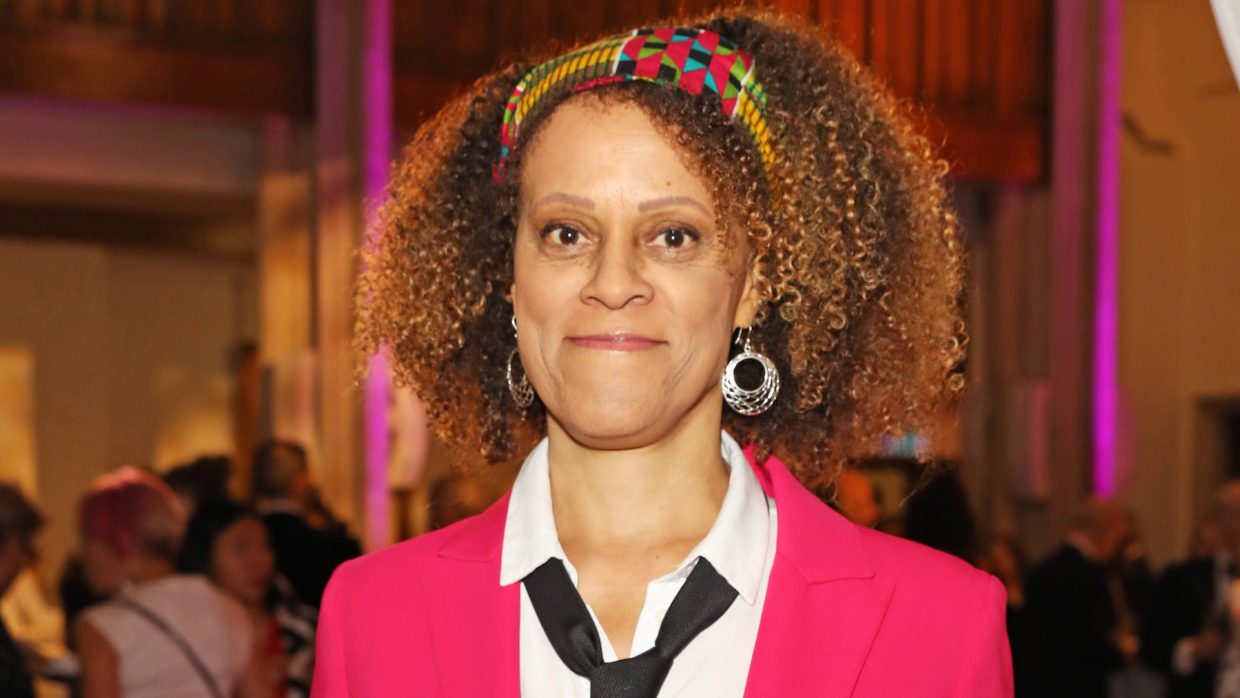 Bernardine Evaristo has been named president of the Royal Society of Literature.

Bernardine Evaristo, Booker-winning author of Girl, Woman, Other, has been named the next president of the Royal Society of Literature. Evaristo will take over from Marina Warner at the end of this year, becoming the second female president—and the first writer of color—in the 200 years since the society was founded.

“Bernardine Evaristo is one of literature’s most passionate and effective advocates. She is a garlanded writer of brilliant inventiveness and long been a leading inspiration in the vision of the RSL,” said Warner, current RSL president, in a press release. “In the lingering aftermath of the pandemic, her vivid, strong spirit, experience and dedication will bring fresh dynamism and energy to all our plans and activities.”

Evaristo said she was “deeply honored” to take on the role. “Although founded 200 years ago, the society is boldly embracing the 21st century as a great champion of the possibilities of a more egalitarian culture for literature,” said Evaristo in a statement. “Storytelling is embedded in our DNA as human beings—it is sewn into the narrative arc of our lives, it is in our relationships, desires and conflicts, and it is the prism through which we explore and understand ourselves and the world in which we live.

“Literature is not a luxury, but essential to our civilization,” said Evaristo. “I am so proud, therefore, to be the figurehead of such an august and robust literature organization that is so actively and urgently committed to being inclusive of the widest range of outstanding writers from every demographic and geographical location in Britain, and to reaching marginalized communities through literature projects, including introducing young people in schools to some of Britain’s leading writers, who visit, teach and discuss their work with them. I look forward to the next four years as the figurehead of such a wonderfully impressive organization.”