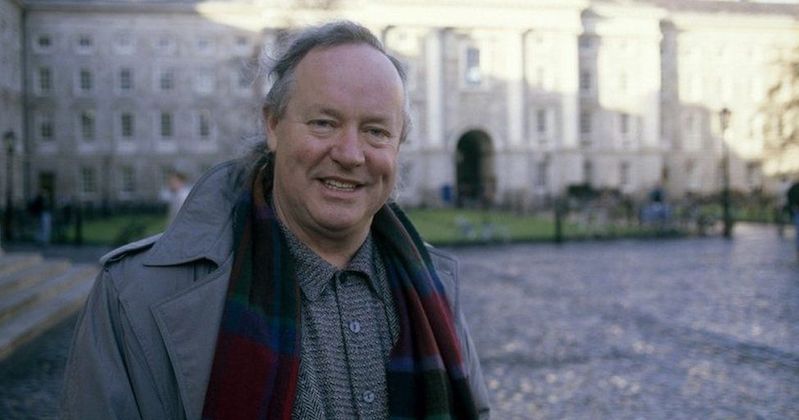 Though we live in a world that dreams of ending
that always seems about to give in
something that will not acknowledge conclusion
insists that we forever begin.

Brendan Kennelly, one of Ireland’s most beloved poets, died yesterday in his native County Kerry at the age of 85.

In a career that spanned more than half a century, Kennelly published over 30 collections of poetry, as well as a number of novels, plays, and Irish language translations. Among Kennelly’s numerous honors was the IMPAC International Dublin Literary Award and the Irish PEN Award, which he received in 2010 for his contribution to Irish literature.

A longtime fixture of his alma mater Trinity College Dublin, where he was Professor of Modern Literature and later Professor Emeritus, Kennelly was a warm, exuberant, and supportive presence to generations of young Irish writers and literature lovers, many of whom who would quicken their steps across the college’s rain-slick cobblestones in order to fall into conversation with him.

Perhaps his most famous work was “Begin,” a poem which Kennelly, in 1997, read live on air on Ireland’s Late Late Show to comfort a woman whose daughter had died tragically. More recently, the poem has become a source of solace to those grieving the loss of loved ones to the Covid-19 pandemic. As Irish President and fellow poet Michael D. Higgins said yesterday in his tribute to Kennelly:

When asked on his 80th birthday event in the Abbey Theatre in 2016 how he would like to be remembered, he said that he hoped people would remember his poems and remember them “off by heart,” for the sharing. How apt then that so many would turn to his poem Begin and use it for comfort and compassion in our recent accounts of life in pandemic times.

Below is a recording of Kennelly reciting “Begin” to a rapt audience at Listowel Writers’ Week in 2017.