The Author of Exile: Rejecting America and Finding the World Talks to Brad Listi on Otherppl

Belén Fernández is the guest. Her new book, Exile: Rejecting America and Finding the World, is available from OR Books. It is the official September pick of The Nervous Breakdown Book Club.

After growing up in Washington, D.C. and Texas, and then attending Columbia University in New York, Belén Fernández ended up in a state of self-imposed exile from the United States. From trekking—through Europe, the Middle East, Morocco, and Latin America—to packing avocados in southern Spain, to close encounters with a variety of unpredictable men, to witnessing the violent aftermath of the 2009 coup in Honduras, the international travel allowed her by an American passport has, ironically, given her a direct view of the devastating consequences of US machinations worldwide.

In just a few short years of publishing her observations on world politics and writing from places as varied as Lebanon, Italy, Uzbekistan, Syria, Mexico, Turkey, Honduras, and Iran, Belén Fernández has established herself as a one of the most trenchant observers of America’s interventions around the world. She is a contributing editor at Jacobin and graduated from Columbia with a BA in political science. She frequently writes for Al Jazeera, Middle East Eye, and Jacobin, and is also the author of The Imperial Messenger: Thomas Friedman at Work.

Belén Fernández: I was briefly employed in Austin in an office there, post-graduation. I quickly realized this was not sustainable. I decided to pursue a vocation of teacher of English as a foreign language, and went to the Greek island of Crete to get certified as such, as one does. While there I met a Polish girl named Amelia; she had immigrated to the States with her parents when she was eleven or so. We quickly realized that we weren’t in much need for these kind of teaching skills and instead spend our time hitchhiking and doing more enjoyable things. From 2003 to 2009, we were just hitchhiking around. We hitchhiked to Poland, to Spain, from Spain to Turkey and Lebanon. Then we moved over to Mexico, where we spent many months hitchhiking down to Venezuela and Colombia. We were occasionally employed in southern Spain working in an avocado packing facility.

Brad Listi: Let me interrupt you. How did you afford all this? People at home are probably thinking, this sounds great. You’re hitchhiking and living abroad, moving from country to country. How are you bankrolling this? I’m guessing you’re working here and there, or maybe you’re supporting yourself through journalism.

Fernández: Now, yes. When we were hitchhiking, we didn’t require much funds to sustain our lifestyle because we’d inevitably meet people who would pick us up on the side of the road, invite us home to stay with them, and offer us meals and drinks. We were intermittently employed, as I said. We packed avocados for not so crappy of a wage. We got somewhere around three and a half Euros an hour, which wasn’t bad at all, especially fro 2003. Now I write regularly for various outlets … and I’m not hitchhiking so much anymore.

Listi: Right, so that’s where you summer. Do you have other basecamps around the world where you operate?

Fernández: You could say that. I am only here for two weeks. I was just in Turkey for two months, then Italy for a month. My parents live in Spain; they moved to Barcelona a few years ago. That is a base, but I don’t often go there.

I have belongings in several locations around the world, but I don’t actually have a base at the moment, and that’s something people always expect of me. Where is home, or where at least are you based out of? 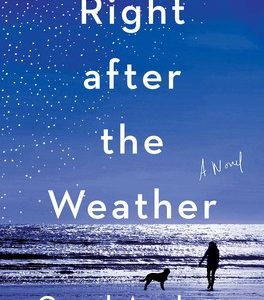 She’s mortified by her appetizer. On the menu it sounded fanciful. Now it just seems decadent, and decadent is always embarrassing....
© LitHub
Back to top