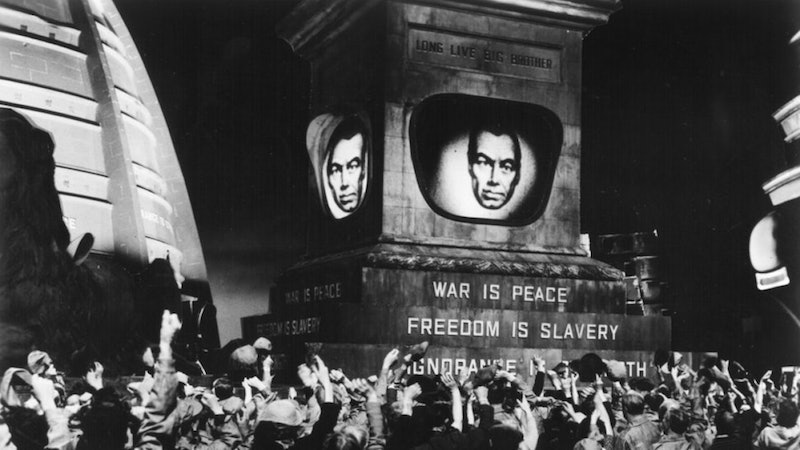 In very 1984 news, Belarus has banned the sale of 1984. Belarusian weekly newspaper, Nasha Niva, reported that security forces detained Andrei Yanushkevich, publisher and bookstore owner, and confiscated 200 books, with a  focus on 1984.

Nasha Niva also reported that they had obtained a copy of the government order to halt sales of Orwell’s book (which was banned in the Soviet Union until 1988). Though the paper said it would not publish the order due to security concerns, the story quoted it as saying “Withdraw from sale all versions of the book Orwell […] 1984. The implementation will be reported no later than May 19.”

RadioFreeEurope/RadioLiberty previously reported on Yanushkevich’s detention, writing that on May 16, “well-known pro-government propagandist journalists Ryhor Azaronak and Lyudmila Hladkaya […] started berating the bookstore staff for selling books in Belarusian that they said were inappropriate,” after which police came to search the store and detain Yanushkevich and his associate, Nasta Karnatskaya.

The article also noted that the crackdown on independent publishing houses in Belarus has been ramping up since since the 2020-2021 protests against the presidential election. Since then, “Belarusian authorities have suspended the activities of several independent publishing houses—Limaryus, Knihazbor, Haliyafy, and Medysont—for the ‘violation of regulations on registration at the Information Ministry.'”