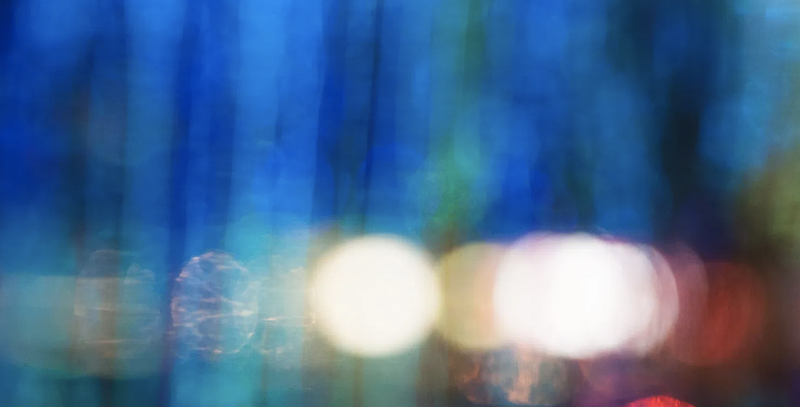 Alexandra Oliva on Aphantasia, the Joys of Voice, and Scenic Details

I have no mind’s eye. If I close my eyes I see blackness, or perhaps some fuzzy pixel-like tinges of gray and red as light seeps through my eyelids. It depends on how bright my surroundings are. But what I never see is this: a picture.

Apparently this is unusual. Apparently most people can close their eyes and see—with varying degrees of clarity—whatever it is they want to see: a beach, an apple, their husband’s face. But for the first thirty-four years of my life, whenever someone talked about “seeing” something in their mind or instructed me to visualize something—whether it was a ball of light moving between chakras or a goal I wanted to achieve—I assumed it was just a turn of phrase.

And then I read an article by poet Katie Prince, and I felt a wave of awed recognition roll through me.

Aphantasia. An inability to visualize. It’s a condition. One I seem to have.

I retweeted the article, expressing my amazement, and a writer I know told me his novel ideas come to him like movies that he writes down after watching, I’d heard of writers whose plots come to them in dreams, and that I could understand—my dreams are intensely visual, fully immersive experiences—but to see a story while awake? I believed him, and yet I didn’t. Part of me couldn’t let go of the idea that our differences must be more of a matter of communication than actual experience.

This was three-and-a-half years ago. After a few days of simmering incredulity, thoughts of aphantasia faded from my mind. I lived my life. I worked on my next novel. Over the next few years, I thought of visualization only occasionally. Until a few weeks ago, when I was walking on a trail near my house, paying attention to the sensation of a cool breeze as it eased the tension in my temples. Something about that feeling and the way the sun was hitting the mountains in the distance pinged off an impassioned, imaginary conversation that was running through my head, and it made me wonder how someone else might experience that same exact moment, if rather than having words running through their head, they might see pictures layering themselves upon the mountains.

Apparently most people can close their eyes and see—with varying degrees of clarity—whatever it is they want to see: a beach, an apple, their husband’s face.

When I got home, I googled “inability to visualize.” Part of me expected the search results to boil down to: Just kidding, turns out we were all just using different words to describe the same thing. But instead my search results were filled with essays and articles, mentions of studies in reputable sources, charts illustrating degrees of visualization. Evidence everywhere.

Somewhere in there, it hit me: Instead of having a mind’s eye, I have a mind’s voice.

I might not be able to conjure images, but in their place my imagination is dominated by words. When I daydream, my thoughts drift through silent conversations—sometimes with myself, sometimes not. Often I’m putting myself in the place of a character I’m writing, trying to figure out exactly how she would respond to a situation, whether it’s what she would be saying or the emotions she would be feeling.

The concept that most people can close their eyes and see whatever they want to see is still so foreign to me it’s nearly incomprehensible, but I’m doing my best to accept that it’s true. The evidence is there. Still, I struggle to perceive my apparent aphantasia as an absence. It seems clear that the ability to visualize exists on a spectrum. I’m not some sad outlier isolated off in my own empty world while everyone else joyfully conjures images of apples or their mother at will. Rather, I’m hanging out on the fringes of a crowd that encompasses a huge variety of abilities and experiences. Whatever gap might exist in my thinking because of my inability to visualize, it’s been filled with words and a thrumming sense of how those words can interact with—spark, express, influence—emotion. There is no part of me that feels as though my experience or perception of the world, my life, is lacking.

But now that I accept that visualization in a real thing, a few things from my past have clicked into a new level of understanding.

I remember in high school being told to close my eyes and imagine… something, and being asked what color the whatever-something was. In response I felt a sense of impatience and disdain so intense it bordered on disgust. People around me were calling out colors without hesitation, as though they actually saw something, and that annoyed me. The whatever-something wasn’t any color, obviously, unless I chose one—what was the use of this ridiculous exercise?

It still boggles my mind that my classmates might have actually been seeing colors, not just naming them.

My inability to visualize also explains some things when it comes to my history as a writer. I have always been bored by long descriptions of setting in books. No matter how beautiful the scene or how great the writing, after a couple of sentences, my attention drifts. In fact, in writing the above I initially typed “excessive descriptions of setting.” Even now, I have to stop and remind myself that to most people, these descriptions aren’t excessive—they’re thorough, perhaps delightfully so. And yet as a kid, I remember rolling my eyes over paragraphs-long descriptions, thinking things along the lines of “okay, great, it’s an ice city, I get it. I don’t need every spire described to me. Can we please move on to some action now?”

Somewhere in there, it hit me: Instead of having a mind’s eye, I have a mind’s voice.

It’s nice to finally understand why those paragraphs exist.

Predictably—in hindsight—much of the critical feedback I received to my early writing was that I needed to create more of a sense of scene. Tell us more about these mountains, this city, the room, my workshop peers would say.

I thought of all the paragraphs I’d skimmed as a reader. Apparently that’s what people wanted, though I still didn’t understand why. So I started describing everything. I remember sketching a map of a fictional city for a project I now refer to as Practice Novel One, then using that map to describe every detail of this city as my character arrived. I described the texture of stone walls, the heights of towers, the variety of décor on fountains. For all I remember, I probably made clear the spacing between streets, between windows and doorways. You want detail, I thought—I’ll give you detail.

Maybe not this much detail, said my peers.

It took me two more full-length manuscripts to start to get it right. In what would become my debut novel, the main character was particularly attuned to the color blue. Looking into a storefront, she would ignore everything else and key in to a blue hat. It was essentially confirmation bias: She was telling herself a particular story and subconsciously cherry picking which details to notice in order to keep believing what she wanted—what she needed—to believe. And because I was writing from a first-person perspective, that meant I had to ignore all the colors other than blue too. Instead of writing everything, I wrote the details that mattered to my character.

Now, when I approach a scene, I imagine what the character would notice and seek out the emotional resonance in their surroundings. I cannot close my eyes and visualize a character’s surroundings, but I can describe things I have seen or that I wish to see or that I hope I never see. I can imagine what might take someone’s breath away and pay attention to the details that have triggered feelings of awe or fear or loneliness in me. When a character notes the way the wind rustles through a cedar branch, it’s not just because I want the reader to know the story is set in the Pacific Northwest, it’s because this character aches for the woods. That is how I build the worlds in my novels: bit by bit, draft by draft, through my characters’ open eyes rather than by closing my own.

Fifteen years ago, when I first started writing with purpose—with the goal of finishing an actual novel—I dreaded writing setting. It felt like checking a box I didn’t understand. I see now that this is because it was a box I didn’t understand. There is a sense of relief that comes along with this new understanding. Relief in finding the proper context to explain past confusion. Relief in knowing I’ve stumbled into a way of connecting setting to emotion and character that feels authentic to me and my apparently unusual brain. Relief because I’m proud of the results.

Even if I can’t close my eyes and see them. 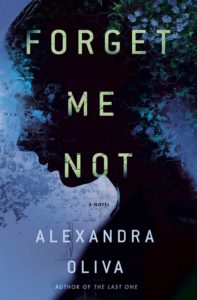 Forget Me Not by Alexandra Oliva is available now via Ballantine Books.

Alexandra Oliva was born and raised in upstate New York. She has a BA in history from Yale University and an MFA in creative writing from The New School. She lives in the Pacific Northwest with her husband. Her debut novel, The Last One is out now. 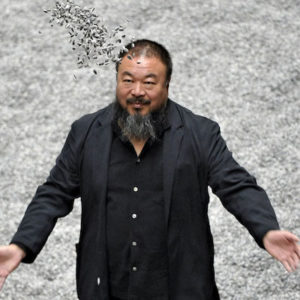 I first met Ai Weiwei in the city of Ordos in Inner Mongolia in China. Ai Weiwei and Herzog & de Meuron had invited one hundred...
© LitHub
Back to top
Loading Comments...