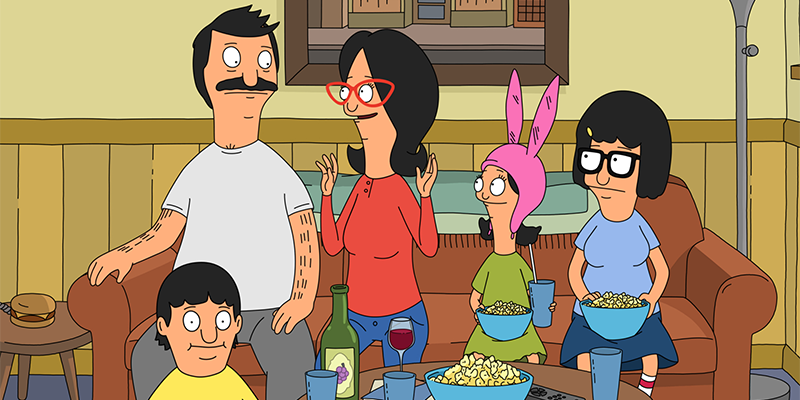 Bob’s Burgers is the most literary TV show ever. (Arguably, anyway.)

Originally, I wanted to find every literary reference in Bob’s Burgers, but the truth is there were too many to count. This is a very culturally with-it show. I would argue it rivals Gilmore Girls in the number of writers and book titles off-handedly tossed in. Is that blasphemous to say? Look, I love Stars Hollow more than most, but the facts speak for themselves. Here are a few of those facts:

In just the second episode of the series, “Crawl Space,” there are several scenes dedicated to spoofing Stephen King’s The Shining. In this genius storyline, Bob’s dreaded in-laws are coming to stay with them. He “accidentally” gets stuck in the crawl space between the walls when he’s trying to “fix” something and decides to hide out there until his wife’s parents are gone. What could go wrong? He starts to hallucinate, having a few dream-like conversations with his youngest daughter’s nightlight. There’s one conversation in particular that takes place in a bar closely resembling the one from The Shining. (There’s also a bathroom scene in which the nightlight suggests Bob should murder his wife and her mother. Maybe it gives me chills, even though this is a cartoon. Maybe we don’t need to talk about it.) 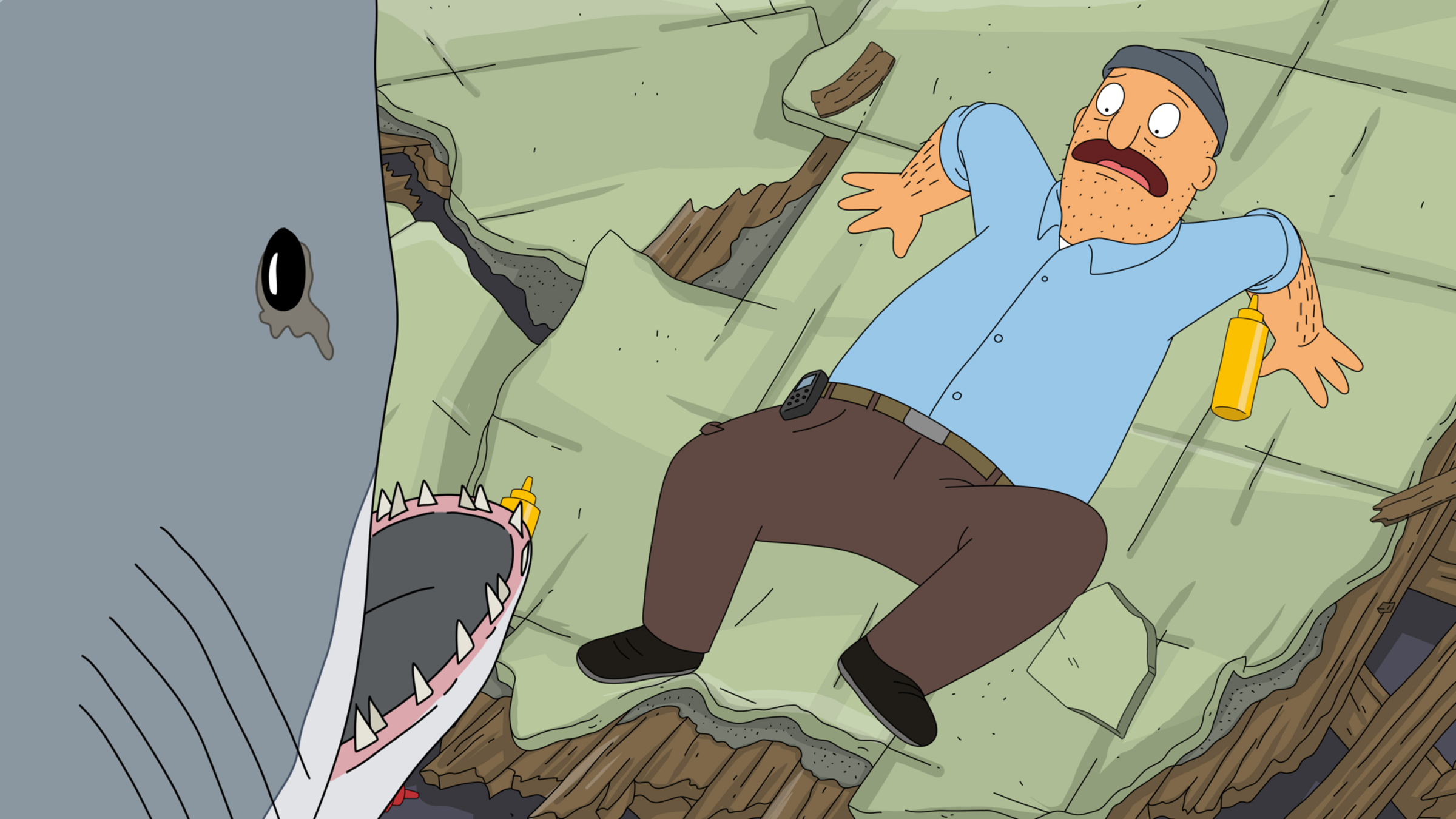 Who could forget the time they put their own spin on Peter Benchley’s Jaws? In the Bob’s Burgers universe, there was a film made in the ’80s at the Wonder Wharf, just blocks from the restaurant called The Deepening. The (mechanical) shark is put on display as a tourist attraction at the local amusement park, much to the dismay of the Belchers’ handyman/customer/friend-to-all Teddy, who was in the film. It haunts him. And then it breaks loose and wreaks havoc on the town. 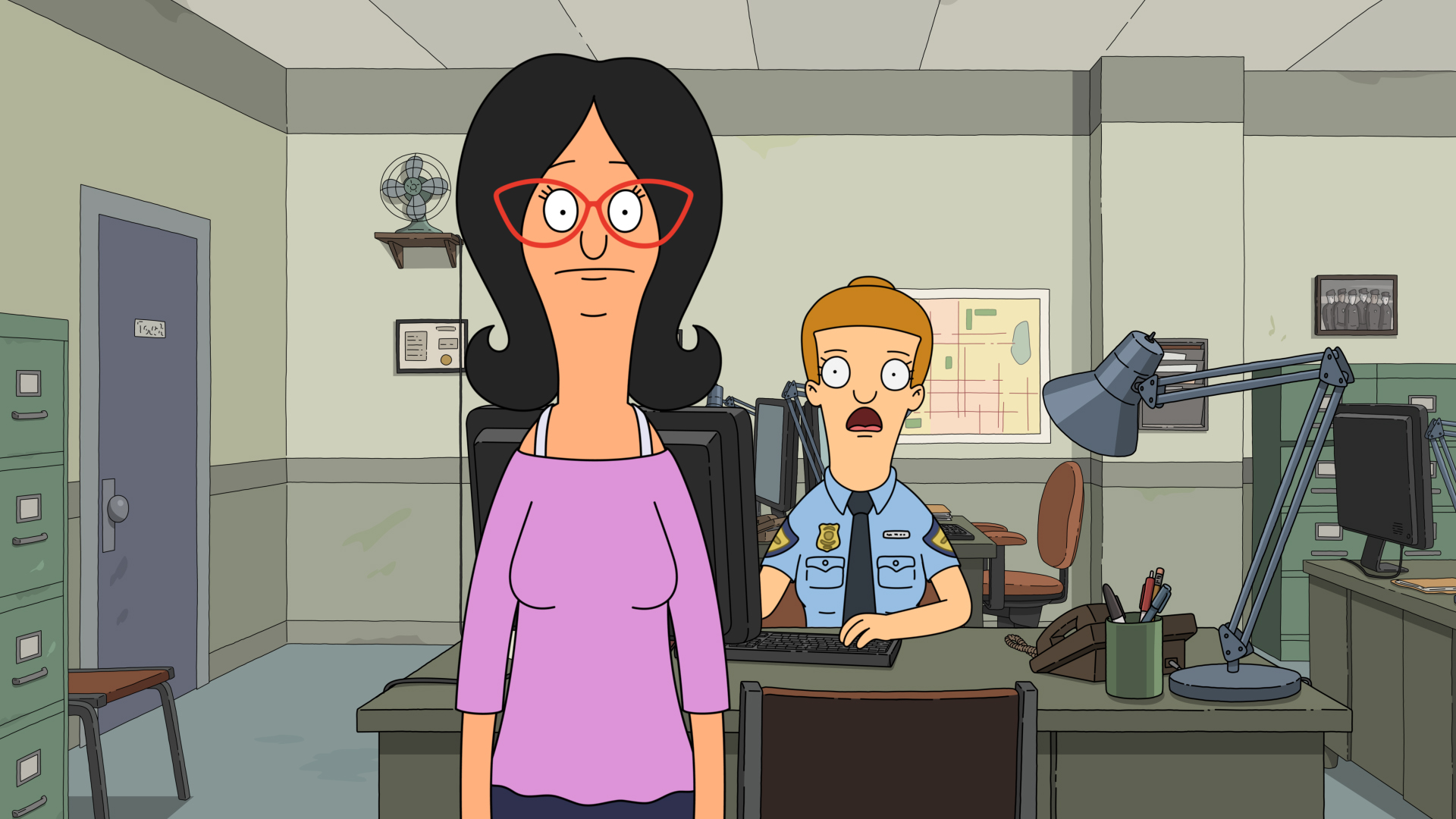 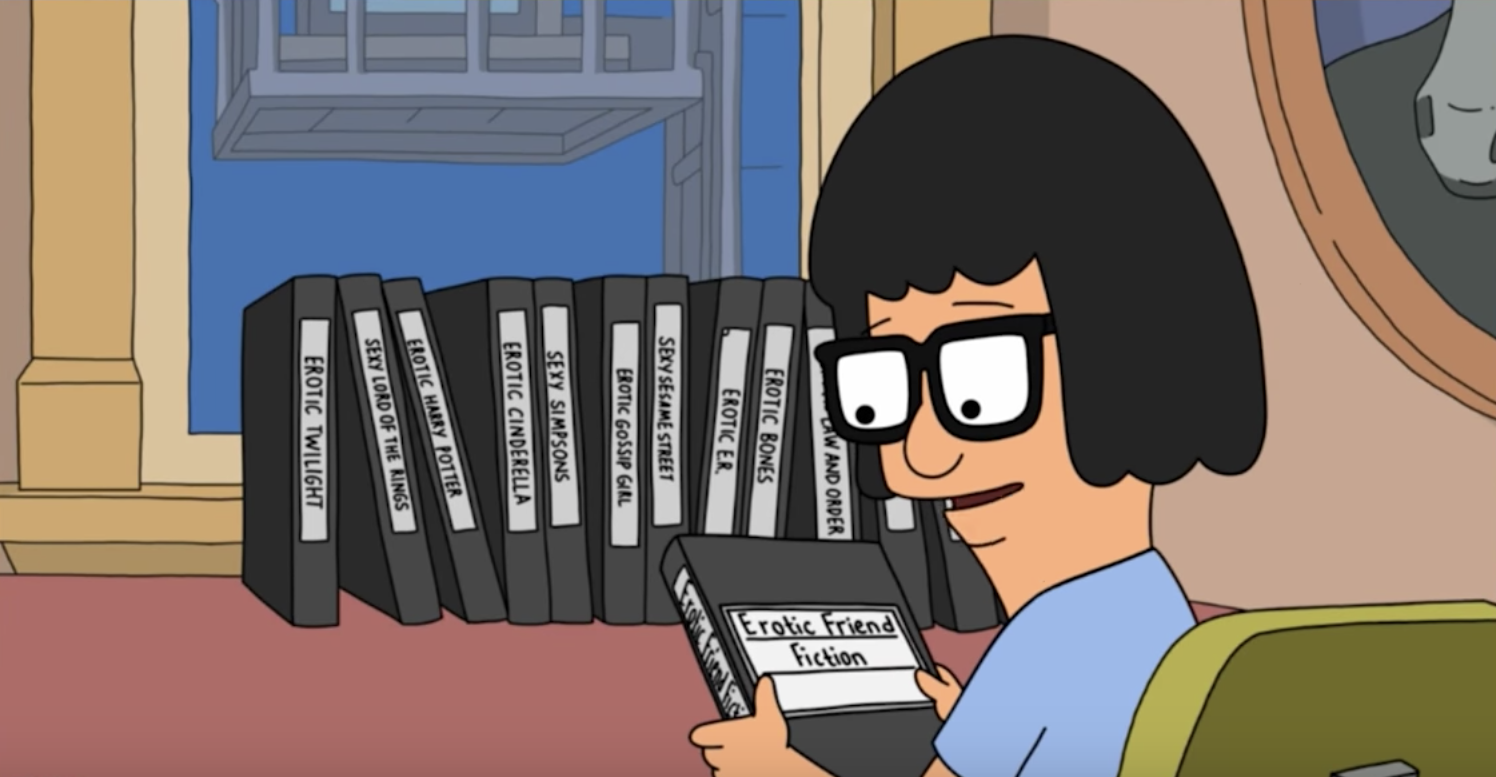 Clearly all of the characters’ literary knowledge can be traced back to Linda, a woman who loves mystery novels so much that she ditches her family at the mall to attend this launch event for The Deadliest Zin. (We stan a good mystery cozy pun.) Linda being Linda, she has very audible hiccups for the entirety of the reading and correctly identifies the killer on the first try. (Spoiler alert: it’s the groundskeeper.) 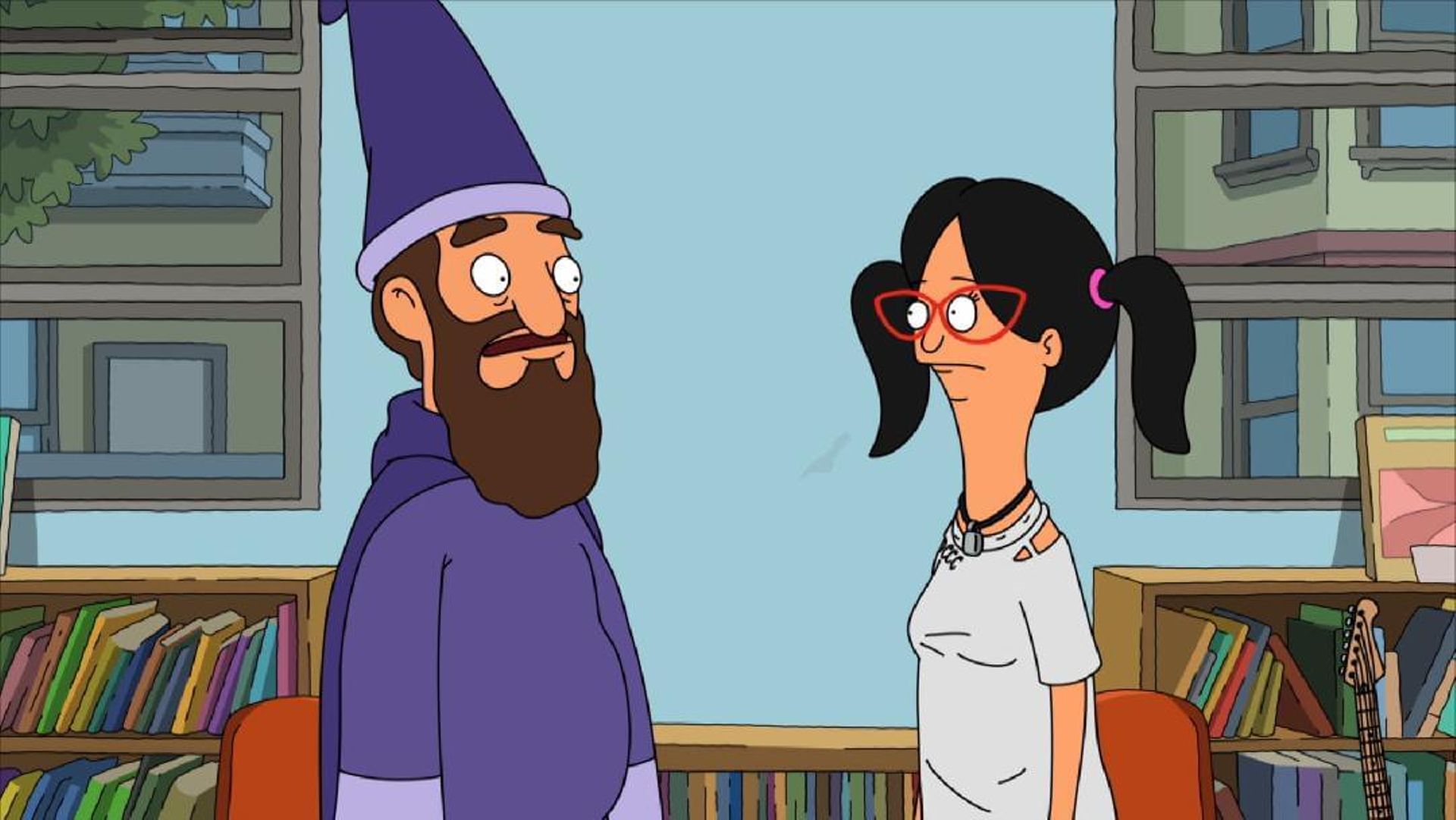 There was also the time she got really aggressive and competitive about being the best children’s story time guest ever at their local library. 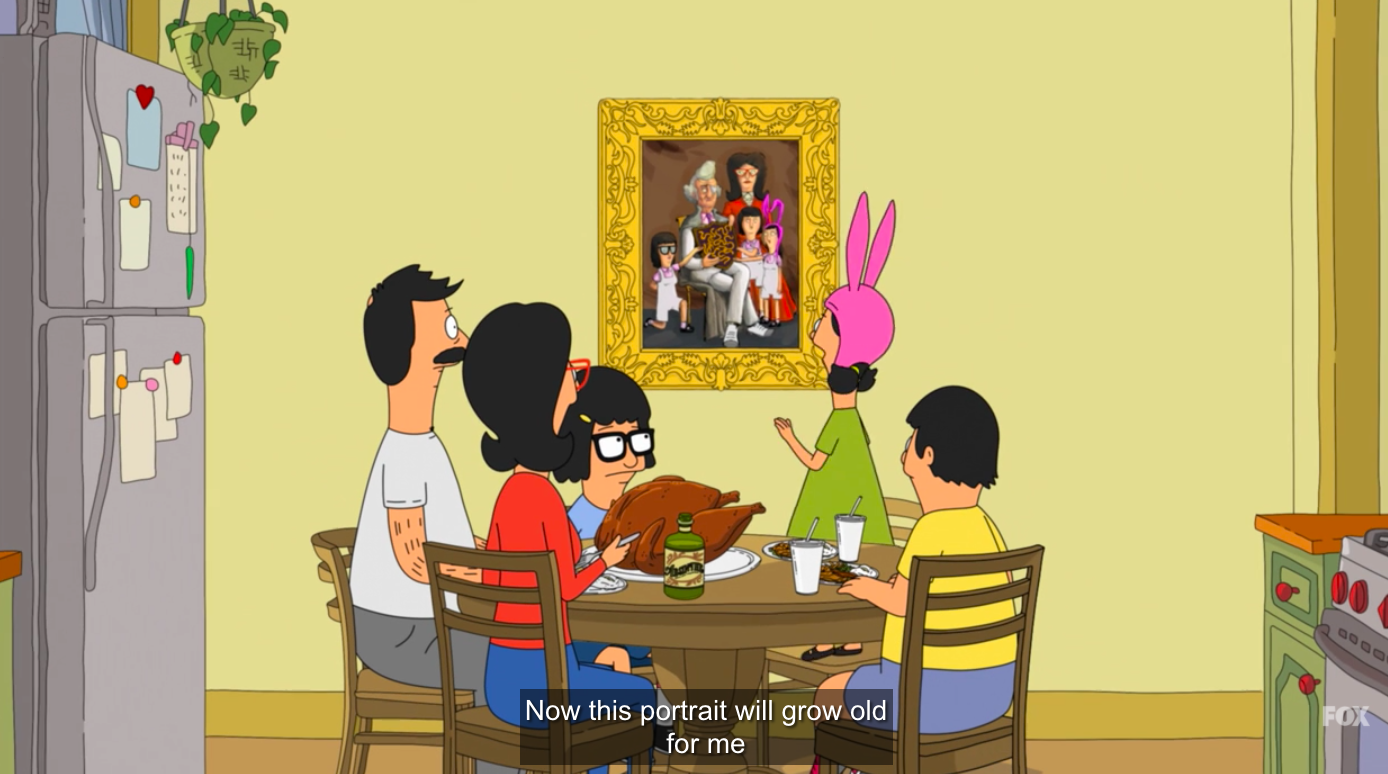 Surely the rest of the Belcher children have inherited a love of literature. Just look at Louise inadvertently pulling life inspiration from The Picture of Dorian Gray. 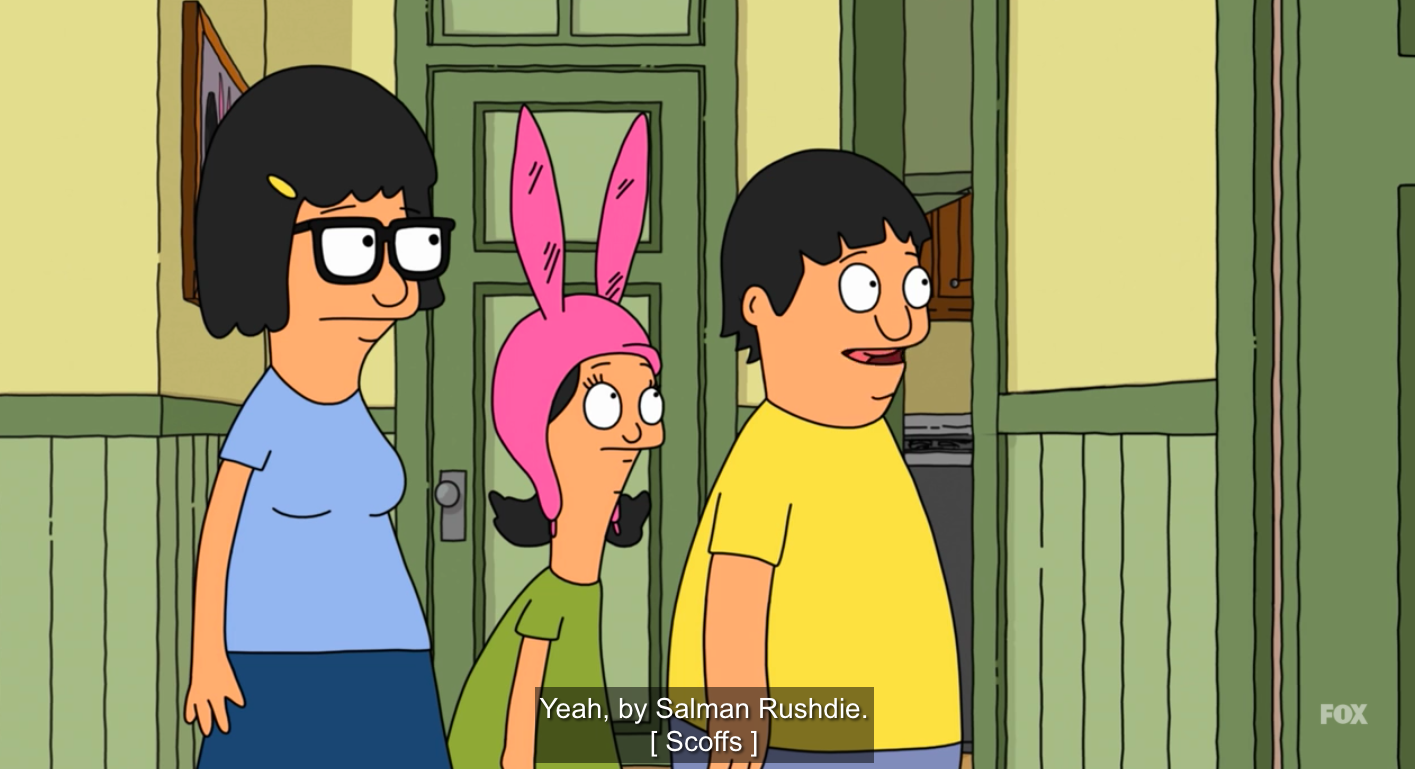 Sweet, sweet Gene has all his authors jumbled up. In this episode, he is adamant that Salman Rushdie is the author of The Lion, the Witch, and the Wardrobe… Honestly, I’d read that. 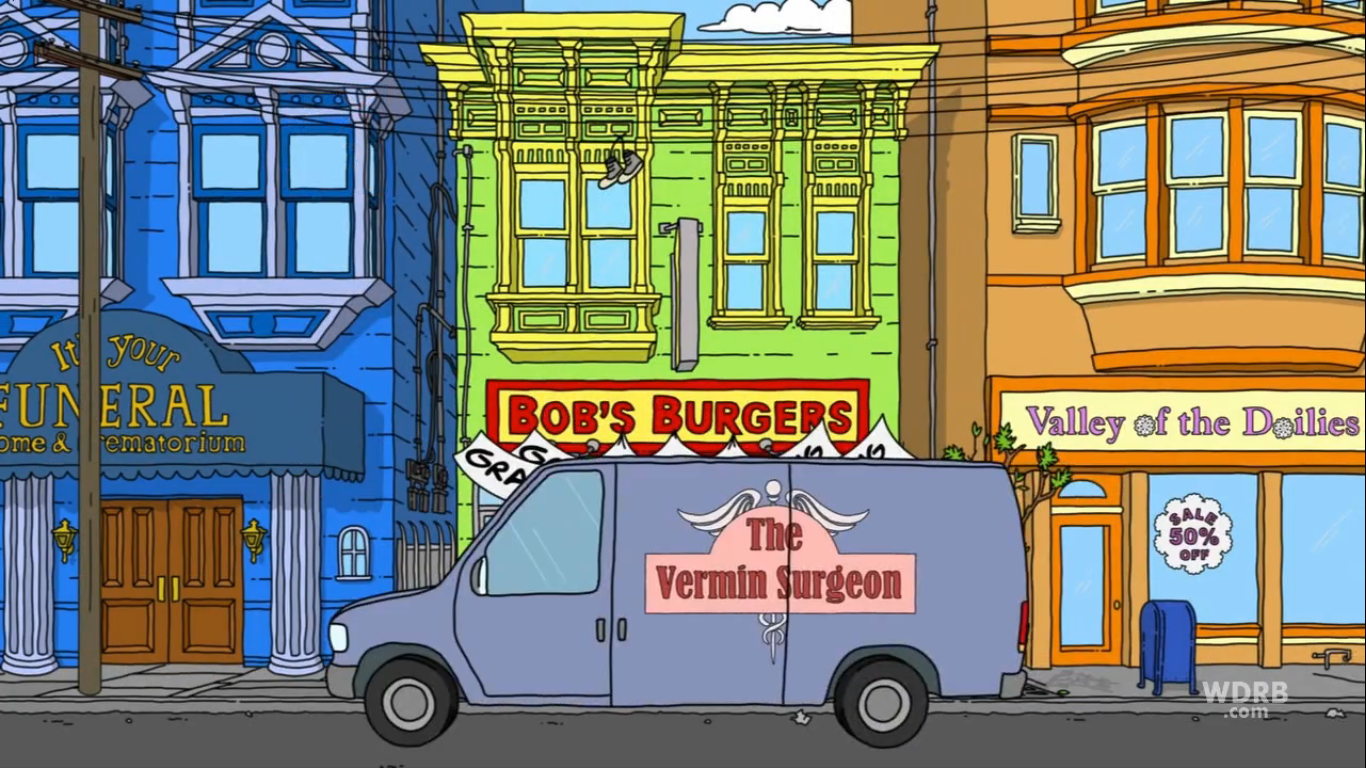 Not to mention the numerous throw-away references on the ever-changing storefront next door. Valley of the Doilies?! I mean, come on.