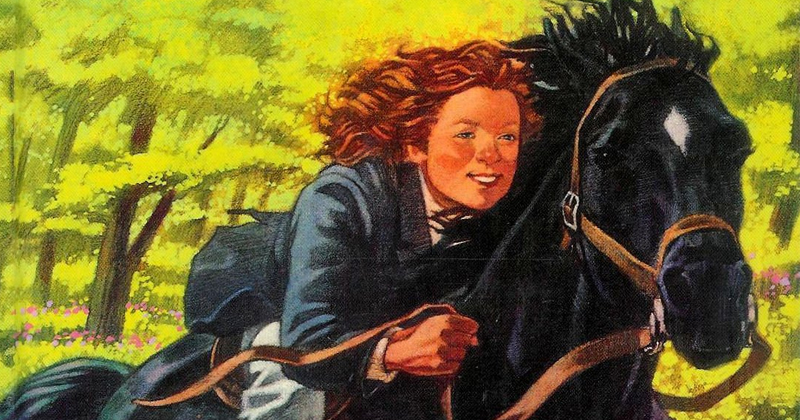 Before There Was YA, There Were Horse Books

Caitlin Macy on the Underrated Genre of Her Childhood

The readers I have come to admire most are the ones who read everything. Perhaps one loves what one doesn’t understand: I have been, since I was a child, the most obstinately picky reader I know. In my youth I may have touted the fact with pride; later on I came to see it as a handicap—a liability that had to be addressed. But in my formative reading-years, I was a pain-in-the-ass refusenik. Little Women, despite the fact that I had grown up in Massachusetts and gone to school in Concord, family seat of the Alcotts? Nope. The Ramona books of Beverly Cleary, which I came to admire and love as a parent reading to my children? Uh-uh. Yet I spent my childhood and adolescence reading.

What I read was horse books.

It seems the hallmark of another time that the public library in our town had a designated section for equine-focused fiction. How many hours did I spend in that one aisle—two rows back from the librarian’s desk on the left—to the neglect of any other aisle, running my eyes over and over the two upper shelves, diffidently removing a novel to skim the first paragraph only to replace it on the shelf with a Maybe not today (for I was finicky even within the genre) and decide to read The Blind Connemara for the ninth time? The books had a distinguishing label on their spines—the outline of a prancing horse. I would go to the library of a Saturday morning, check out five or six of them, go home, prop myself up on the living room sofa, and read my way through the stack. My mother would bring me a peanut butter and jelly on Pepperidge Farm white so that I didn’t even have to move from my supine position for sustenance. The living room of our house had sliding-glass doors but even without the ethereally bright light streaming in, I knew this to be heaven. To go from The Horse of Hurricane Hill to Born to Race to Blue Ribbons for Meg in one afternoon, the library’s plastic covers crinkling gently in my hands, the sound of the golf my father watched on television floating in from the next room over, the smell of the lentil soup my mother made most weekends wafting out from the kitchen, was the kind of luxury a small New England town was good for.

You might think that the range of horse books would be narrow, but, like an artist working only in black, reading only one genre—or not really genre but fictive subject—reveals just how many iterations there can be of a thing. If there is, by necessity, some overlap in plot, horse books otherwise offer a surprising breadth: of style, setting, and tone. There are the ones that make you cry—Black Beauty, Blitz, the Story of a Horse, the more obscure I Rode A Winner—and the ones that get even darker: The Monday Horses by Jean Slaughter Doty, about the ugly truths behind the show ring’s sheen; and one of the later Black Stallion books by Walter Farley in which Henry, the trainer, almost beats a horse to death. There are the westerns, such as the My Friend Flicka trilogy with their tough, working-ranch lessons, which I never cared for quite as much as the “suburbans”—Suzanne Wilding’s Dream Pony For Robin, say—with their more modest insights into how not to be a laughingstock at Pony Club.

Published from the 1930s to 70s, nearly all of C.W. Anderson’s fiction—which includes the eternally compelling Blind Connemara—involve a rider taking a heretofore overlooked horse, retraining it, and going on to win—the cup, the steeplechase, the flat race, the big show. Anderson was a first-rate illustrator whose picture book, The Lonesome Little Colt depicts mares and foals so beautiful and shiny they hurt your eyes.

“If there is, by necessity, some overlap in plot, horse books otherwise offer a surprising breadth: of style, setting, and tone.”

In England they are called “pony books,” and like cookbooks, some of the best are English. I would pit Ruby Ferguson who wrote the Jill series in the 1950s—Jill’s Gymkhana, Jill Has Two Ponies, A Stable for Jill—against any children’s chapter-book author of the last 75 years. I particularly loved Jill Crewe because she, like me, was not from a horsy nuclear family and could barely afford riding. My gelding, Pollywog, was an untrained four-year-old Appaloosa who arrived with shipping fever and had to be quarantined and, as soon as he felt better, dumped me by the side of the road with a regularity that had my Bay Ridge-born-and-raised mother—whose refrain was “In Brooklyn, a horse brought the milk!”—reaching for her rosary beads every time I went out to saddle up. But like Jill, I kept trying and I kept learning, I worked in barns to pay for the habit, I got lucky with a good riding instructor who took me on out of pity (Jill is taught by a paralyzed RAF vet in a wheelchair, the lovely “Martin”) and eventually I could ride. Jill’s voice—smart, funny, and reflexively self-deprecating—is one in a long line of blissfully ironic English narrators I came to love.

One useful characteristic of the dedicated section in my library was that one didn’t miss the one-offs—the chance horse book by a writer who otherwise wrote about sports cars or fishing trips. I am thinking particularly, of Don Sanford’s The Horsemasters, a Disney version of which, starring Annette Funicello, came out in 1961. Published in 1957, the novel is a proto-Young Adult novel about a co-ed group of students who are getting their certificates in Horsemastership from the British Horse Society. These attractive teenagers, live, ride and work like dogs together to meet the exacting standards of the degree. To this day it’s hard for me to think of a more enticing premise.

When I got to be about 12 or 13, I would listen skeptically to the—in my opinion—asinine Pony-Club-mother refrain that my and my friends’ riding obsession would end “just as soon they discover boys.” While The Horsemasters has a lovely B-story about a budding romance, most horsy books are not remotely “Young Adult”: there is no sex, often there are no boys at all and anyway, boys aren’t the point: riding is. Horse books peaked around 1950, decades before the Young Adult genre existed. (A noteworthy exception are KM Peyton’s novels—Fly-by-Night andThe Team—which have complex, fallible characters as well as ponies; in a later novel SPOILER ALERT the horsy girl actually gets pregnant.)

For me, moving on from horse books wasn’t so much a putting away of childish things—and certainly not a swapping of horses, either fictional or real, for boys; goodness no!—but a dawning, if grudging realization that some of these other people knew what they were doing—Fitzgerald and P.G. Wodehouse and Dorothy Sayers—and offered immense readerly satisfaction as well

My third work of fiction will be published this week. A writer with a new book gets to answer nice soft-ball questions such as who her influences were. There are a host of writers I mention in response to that: Wharton and James, William Styron and Tom Wolfe, Alice Munro and Ford Maddox Ford. But all writers draw even if subconsciously on deep background as well as what they have most recently read. I have had other influences as well.

Philippa like a loose horse the night he met her. A loose horse that knows its freedom won’t last and so doesn’t know what to do with it, stopping to tear mouthfuls of grass here and there but not settling to graze. The whites of her eyes showing, the quick skitter away—the deflection when people crowded in, fake right, fake left. A fine, nervy creature. Not delicate. Nor overfed. Rangy, like a point-to-pointer. When he spied her walking out of the bar, she tried to pretend she didn’t see him—breedy creature giving the horse van the miss. What horse van?—circle around. Where? Took handling the type did, to get them up the ramp without balking . . .

–from Mrs by Caitlin Macy

Caitlin Macy is the author of The Fundamentals of Play, Spoiled, and most recently Mrs. A graduate of Yale, she received her MFA from Columbia. Her work has been published in The New Yorker, The New York Times Magazine, O, The Oprah Magazine and Slate, among other publications. She lives in New York City with her husband and two children. 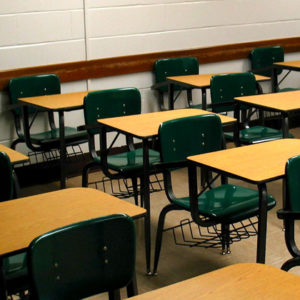 If Something is Worth Doing… We’ve arrived after a two hour drive from New Orleans and stand waiting outside the prison’s...
© LitHub
Back to top