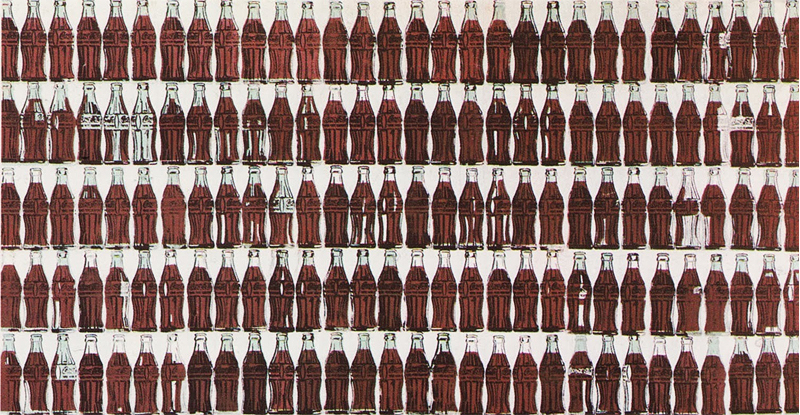 VIA House of Anansi Press

Before Lish Was Lish, He Published
Dave Godfrey

Lee Henderson on the Canadian Carver

Death Goes Better With Coca-Cola is an unsettling title. For a debut collection of stories, it calls to mind a sweet, effervescent finale. This is Dave Godfrey’s first book, and only the fourth published under the House of Anansi imprint he co-founded with Dennis Lee. They launched House of Anansi in 1967 to publish poetry—Dennis Lee’s—and Godfrey’s own prose certainly shares a poet’s sensibility. He’s able to amplify through compression, and create vital, urgent life out of rich language and pitch-perfect voice. Rooted in image, digressive in approach, often these narratives progress through unexpected sidetracks. Not every sentence follows the path laid out for it in the sentence before. But in every piece, the writing pulls you along. The stories reveal themselves in peripheral vision. Eventually ideas and images all join, but in the meantime, the language is breathtaking.

The story “Mud Lake: If Any” begins: “Death, too, I think at times, is just another one of our match box toys.”

This from a man said to be at least three people in one, “and all larger than life,” according to Dennis Lee. This from a book about hunting for food, hunting for sport, fishing, drinking, killing, about the Vietnam War, about music, addiction,  loneliness and love. A book about death that downplays death. A book about death levelling death to a universal meaninglessness. As if death resounds no louder than the pop of a carbonated bubble.

I start to think it’s true, the grand scheme of things wipes us all away. The universe is infinite and 14 billion years old and reading, writing, and arithmetic were invented in Iraq 5,000 years ago… and yet we each deserve our tetchy little time on Earth. It’s not death, time flattens us. Even the infinite universe has an age. At first I thought Godfrey was being sort of blithely ironic throwing away his title on a poppy line like that, but the more I thought about it, especially in relation to the I ching hexagram readings that begin each story, the more the title seems level-headed. Funny, a bit ironic, but still true.

Death Goes Better With Coca-Cola splits history into time before 1886 and the years since the beverage was invented. Once that anodyne fizz of a tiny epiphany first broke on lips, all of us were changed. More than any deep connection to the stories, the title is more like a kind of 60s pop art reference, true and funny and ultra modern. And Godfrey’s voice across these stories reminds me a bit of Andy Warhol’s coolly bemused, passionately indifferent persona in his writing and interviews, where it’s sometimes impossible to tell if he takes any of what he does seriously or if any of it is supposed to be funny. There is in Godfrey’s prose Warhol’s desire to make the bizarre popular and the normal holy.

I remember how in Raymond Carver’s last story “Errand” he ends Anton Chekhov’s life bedridden in a hotel room with a glass of champagne. Chekhov lifts his head to take a sip. “It’s been so long since I’ve had champagne.”

After all, why not a sweet buzz then? Why not a bendable straw? It’s been so long. Carver died not long after he wrote that.

In 1973, six years after publishing Death Goes Better With Coca-Cola, Godfrey looks back on his debut collection, in response to the question of coolness from interviewer Donald Cameron in Conversations with Canadian Novelists–2: “Over all it’s not really coolness, there’s a real desperation in Death Goes Better With Coca-Cola. That need for coolness comes out of the desperation, you know. What the fuck is going on? Guys are dropping off all along the way, which is the way it was. When I went through my late adolescence, friends were just dying here and there…”

“Death, too, I think at times, is just another one of our match box toys. I am now, as the lecturing surgeons say, preparing the electrodes for insertion. I am now, into the alien elements, inserting myself.”

I am now, into the alien elements, inserting myself. What a line.

The narrator is out duck hunting with a friend. The “alien elements” are the hunt itself, I think. The hunt is what remains forever unfamiliar. The “alien elements” offer opportunity and risk. Instead of bringing home fowl, they almost get themselves killed. The story “Flying Fish” begins, “It is a flying fish I want to catch. I have lived in America for many years and it is strange, I am a doctor of philosophy, but I have as yet never laid hands on that elusive creature.” Instead he meets Mr. Goodman from Pennsylvania, a less-than philosophical American, “connected with the corporation,” Continental Can, owners of this $70,000 fishing yacht. The trip goes south from there. Godfrey sends his characters hunting only to remind them of how often one must fail if ever to succeed. This story and many others remind me of writer and editor Gordon Lish’s statement in an interview that fiction “must speak with the menace of death at hand.”

Hunting recurs. Hunting for sport, for food. The hunt might be Godfrey’s subject, but language is the real game. He’s on the hunt for that elusive epiphany.

The sentences are singular in every way, but it’s also in their unique combination and sequence, and how these lines join in unforeseen patterns that makes his fiction still relevant today. The style and techniques in the prose remind me as much of Hemingway as the literature that came after Godfrey. There’s precision, irony, and a morbid formality to his approach that’s reminiscent of authors Gordon Lish edited in the 1980s and early 90s, certainly of Raymond Carver, Barry Hannah, Diane Williams, and Christine Schutt to name a few. Godfrey sometimes reads like a premonition of Denis Johnson and Amy Hempel, the fiction of lowlifes, drifters, and addicts, with an ironic reverence for the spectre of death, making poetic leaps from one period to the next. Among the fields, Godfrey’s chosen only the perfect words for print. Sentences decorate the pages like blue ribbon trophies. Every paragraph is as tight as a horse race.

There is a connection between Godfrey and Lish, but it seems rather more like an affinity or shared sense of purpose than influence either way. In 1965, three years before Lish got the job editing fiction for Esquire, he published Godfrey’s “Images. Creosote. Beast Bodies.” in a literary journal he edited called Genesis: West. Opening line: “What do you see from a freight car, when you live there?”

Godfrey includes a weird autobiographical story, about Gordon Lish, in his 1978 story collection Dark Must Yield, a cautionary tale called “Binary Dysfunction: Portrait of an Esquire Editor.” It begins: “He had difficulty determining the shape. It seemed as though it were a shoulder. But at times it felt more like a thigh. It was definitely female; there was nothing exciting to Gordon’s life. His brothers and sisters had stolen all the excitement.”

It’s a gnostic, abstract story set in a lost world, a story following a man named Gordon as he bumps into strange things in the dark, remembers only fragments of his past, lives in a pipe, struggles through a sunken city, and does a deadman’s float in the flooded post-apocalypse, concluding with a raving novelist’s query letter: “I see you have started Anansi after your African adventures so I am thanking you in advance for your kind cooperation as one who knows of what I speak.”

African adventures do appear in Death Goes Better With Coca-Cola—after all, Anansi is the trickster spider-god in Ghanaian mythology. Godfrey was a teacher in Ghana and personal experience would certainly seem to shade stories like “Up in the Rainforest,” about hunting python near Accra, then hearing a band called the Avengers play at a local bar. As a trumpeter, Godfrey toured the continent with a jazz group and wrote a fictionalized account called “Fulfilling Our Foray,” about a gig in Kumasi. The location seems less exotic than the prose.

Godfrey found this style early and it’s fairly outside the overlarge shadow of Hemingway’s, though not totally untouched by the influence. There are hunting stories in here, after all, and washed-up men. Godfrey’s characters are unheroic and not tragic, just social outcasts, part of a washed-up generation at a loss how to change the world. In a swift four sentences from the story “Two Smiths,” Godfrey, like a seasoned reporter or imagistic historian, sums up the entire 60s counterculture: “Then when Spring came he painted his car with flowers and became more interested in the war and eventually burnt his draft card. He was the second person in the whole country to do that. Events swirled about him. A washing machine millionaire, third-generation, offered him financial support.”

Later in the interview with Donald Cameron, Godfrey is asked to consider his books in light of his debut. “I think in Death a lot of the pattern of control is literary and imposed.” Whereas, of his 1971 Governor General’s Award-winning novel The New Ancestors, Godfrey sees the “pattern of control is taken from life.” The New Ancestors is a long, experimental novel. Godfrey’s short stories are the pace of a pop song in comparison. Their brevity makes experimentation normal—the short story can tolerate a lot of play, the form can pull from the literary and from life. Two, maybe four pages. That’s all Godfrey needs to take a reader to West Africa, Florida, or Ontario. One could almost recite a few of these stories in a single breath. None of them are too long to hear aloud. Not a single one of them is linear. They go around and around. They walk in truth. The truth is a voice. The voice has gravity. Almost like an impromptu monologue from a master raconteur in a noisy bar, or confessions to a therapist or a courtroom, that’s the remarkable, very human structure Dave Godfrey captures in these brief, wonderful stories. 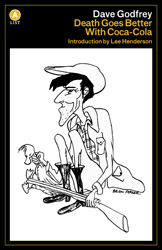 From the introduction to DEATH GOES BETTER WITH COCA-COLA. Used with permission of House of Anansi Press. Copyright © by Lee Henderson.

Lee Henderson is the author of two novels: The Man Game, which won the 2009 BC Book Prize for Fiction and was shortlisted for the Writers’ Trust Fiction Prize, and The Road Narrows As You Go, published in 2014, and the award-winning short story collection The Broken Record Technique. He is a contributing editor to the arts magazine Border Crossings in Canada and has published fiction and art criticism in numerous periodicals. He lives in Victoria, B.C., and teaches creative writing at UVic. 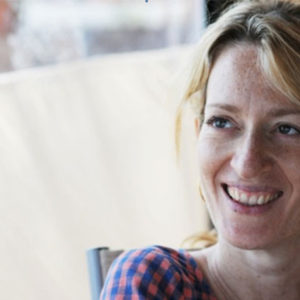 At first glance, This Too Shall Pass seems a perfect beach read. Light, short, set between Barcelona and the picturesque...
© LitHub
Back to top
Loading Comments...