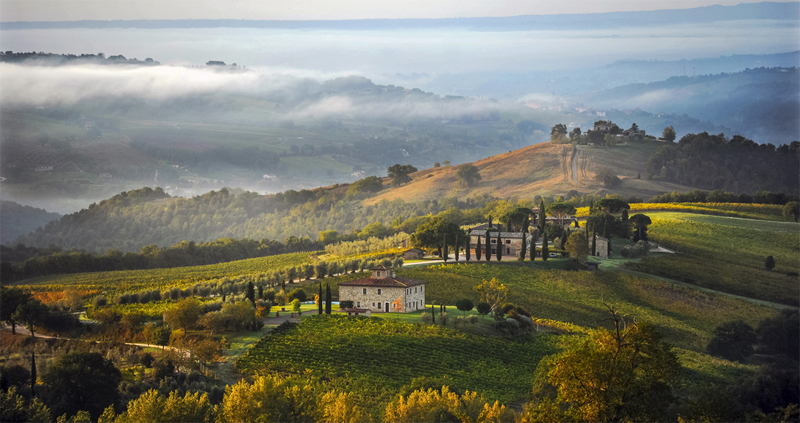 Odie Lindsey on Quitting a Job, Moving to Italy, and Writing a Book

I quit my job, bought a one-way flight to Italy, and moved into a four-room farmhouse overlooking a valley. The Umbrian sun was as profound as it was supposed to be in pastoral Italy (after you quit your job, etc.). The valley was a patchwork quilt of olive grove and sunflower field; the row crops were bordered by copses of downy and turkey oak, as run through with pheasant and boar and stag, and, when seasonally appropriate, hunter. There was even an old paisano, Otello, who showed up now and again to instruct me on how to tend a newly-planted orchard of olive saplings. He spoke no English. I spoke no Italian. Va bene. Perfetto.

You’ve heard this one before.

I was going to write a novel.

This was 1999. I was 28, single, and 8 years removed from a combat deployment. I had $4,300 in the time of the lire. The nearby town was two klicks away. Founded in the 1st century, it consisted of 900 or so residents. The olive saplings were tummy-high, planted in three rows of 10. A small crop, for sure, but I invested those 30 trees with infinite meaning.

I had left behind a music industry gig in Nashville. The workplace had been fiercely artist-focused, launching campaigns on behalf of credible, ambitious musicians. What’s more, versus a cubicle or boardroom, my meetings had often taken place backstage or in studio. Still. The defining fact of the vocation itself was the selling of “product.” As such, the job had cost me my most intimate, lifelong relationship: the ability to enjoy music. To simply love to listen.

Conjoined to this process, the Nashville nights had become an era of cheap tequila. Smeary run-ins. Sex and trespassing, even a bout of petty theft. Finally, one night, speeding down Music Row, wild drunk, I lost control of my car, spun into a 180, and smashed into a steel streetlamp. For a beat, as the glass globes shattered on asphalt, I thought I had killed the passenger, my best pal.

I knew enough to know that this was all a fat cliché.

So I added another: writer.

I took up a very privileged offer to finish restoring the Umbrian casetta, a former, two-room dwelling atop a two-stall pigpen. I could live there for free in exchange for the bit of labor, both on the house and in the new olive grove. The ex-soldier in me was going to write every day, hour after hour—whatever the mission required. Then, just as I had after the Gulf War, I would go home as someone else.

The paisano, Otello, had skin that was cured by decades of sun, and hands that were mitted by callouses. He taught me how to prune those fragile saplings, or replant them if the soil drainage was off, or the roots damaged. Though his redneck Italian was mostly indecipherable, his gestures were a symphony of meaning. If I fretted over a tree, or foul weather, or conveyed any hint of gripe, he’d smile and shrug and say Sempre domani. Always tomorrow. Va bene? Okay?

There was the way the morning fog filled up that valley, making it appear as a cream sea, the shoreline only steps from my back door. There were the legions of vespe—wasps—that had to be extracted from beneath the curved stucco roof tiles. There was the begging of the phone company to install a line; the seduction of the post office for accumulated mail; the cobbling of flirt and parry with various townsfolk—all pre-smartphone, all care of English-Italian pocket dictionary. There was the jug wine, the stone fireplace, the thick wooden shutters that clacked all night against the sharp wind off the Apennines. The dial-up internet that, on a good day, clocked in at three minutes per loaded page.

There was the solitude, akin to that of being alone in a guard post in the desert, and the ability to bask in it, and to focus. To ingest yourself, almost, searching your person, your psyche—too deeply at times, but still. The meditative, transcendent solitude.

I wrote on a Toshiba laptop the size of a sled. I enacted a deployment-esque regimen: up at O-dark to write a full eight hours, after which point I tended the olive grove. From there, came the house chores: painting, sealing exposed wood beams, mouse hunting, fixing hinges and shutters, pipe-drip, whatever. Finally, sweaty and spent, at sunset I’d get very un-soldier like, drawing a bath and throwing the windows open to catch the chorus of birds. As the yellow-amber light hit the glazed bathroom tile, I’d sip a water glass full of Sagrantino, and read. Repeat.

I spent most of a year on that hill, in those four rooms, amidst a million acres of sunflower. I never saw Milano or Napoli or even nearby Fiorentina. My one significant expense was that every other Sunday I went down to Rome, walked the city in my junky Liberty overalls and Red Wing cowboy boots—a brutta figura, to be sure—and watched A.S. Roma play at the Stadio Olimpico.

Imagine this: the story was about a dude-bro in the music industry who sells out and loses everything… until he ends up tending sunflowers on a hill in central Italy!

I finished that first novel in 60 days. Drove down to St. Peter’s, and to the Vatican Post Office, where I mailed the manuscript to the highest profiled lit agent on record.

Imagine this: the story was about a dude-bro in the music industry who sells out and loses everything…until he ends up tending sunflowers on a hill in central Italy!

I ran out of money at about the same time the novel was rejected. (And by rejected I mean a systemic process c/o any agent whose address I could turn up.) (Hell, for all my desperation, this may have included real estate agents.) There were no longer worms in the exposed beams of the farmhouse. Nothing to paint, no vespe in the stucco tiles. Depressed, uncertain, I spent my last bit of credit on a return flight to Nashville.

Otello came to say goodbye. I had by then learned some Italian, but still couldn’t catch his country accent—save, of course, Sempre Domani. Va bene? After he drove away, I walked into the now chest-high grove, where I discovered the sum total of my labor: one olive.

No shit. A single pit of production.

I’m still not sure if this was a good omen, with respect to my writing. Coming home, I took the first of many rent-making jobs, landscaping to editing to bookstore clerking; music consulting to dog-sitting to koi-sitting, to giving art tours to grade-schoolers. I moved to LA, Chicago, Oxford, Miss., and Austin, earning degrees and racking up loans—and adjuncting, adjuncting—before again liquidating my life, at 40, and lighting out for Cadíz and Tangiers and Rabat, a string of unpublishable novels and stories left behind, and with another round of ideas and drafts ready for work, sempre domani.

Sempre domaini: a refrain unmoored from the intended ethic of “take it easy,” and affixed to the belief that tomorrow, “hard work will pay off.”

I am so built of clichés that I even redefine them in cliché.

This is fine, maybe, as long as I remember to believe that the phrases wouldn’t be worn out if they didn’t hold core value, symbolic or otherwise. A car wreck, a sunset, an olive. A writer. For most of us, the cliché, novel-in-the-drawer has to exist, in order for the next, better novel to emerge (and be uniformly passed over). Quitting a job to write is only as good as the subsequent subordination of pay work to prose. Even rejections have to be affixed to cliché: they are Markers of Commitment, not failure(!). Conversely, success—the MFA, Tectonic Novel version of it, anyway—must be beat out of us, in favor of that better, truer chestnut: the gift and reward of production itself, alone, at a desk, in a converted walk-in closet, while running late to teach a Comp class.

And/Or: when visiting the springs at Clitunno, near Spoleto, someone handed me a tourist pamphlet featuring the words of the poet Carducci. Reading the mass-market tract, taking in the crappy font, I wondered whether its function and form alone was trite, or had it somehow rendered the springs cliché, and/or even Carducci’s reprinted verse. Reading further, I questioned whether Carducci himself was made cliché by the fact that he was spellbound by Clitunno a full 60 years after Byron had traveled there, or, was Byron the cliché, having echoed the sentiments of Pliny? Of course, it turns out Pliny actually sought inspiration at the springs in the footsteps of Virgil. So perhaps the cliché was…

No, yes. Mostly, it was just a cool pamphlet, and I was reading it at Clitunno, in Umbria. I had quit my job and moved to Italy and decided to write a book. This was selfish, familiar, so vitally banal.

Odie Lindsey’s story collection, We Come to Our Senses, is available now from W.W. Norton.

Odie Lindsey’s stories have appeared in Best American Short Stories, the Iowa Review, Columbia, and the anthology Forty Stories, among others. A veteran, he lives in Nashville.
http://oalindsey.com/ 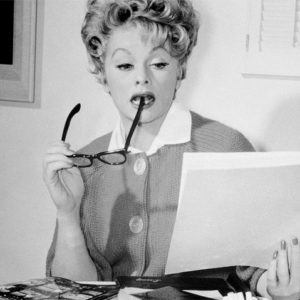 After having Shakespeare foisted on them in school, plenty of serious readers let go any and all interest in engaging plays...
© LitHub
Back to top