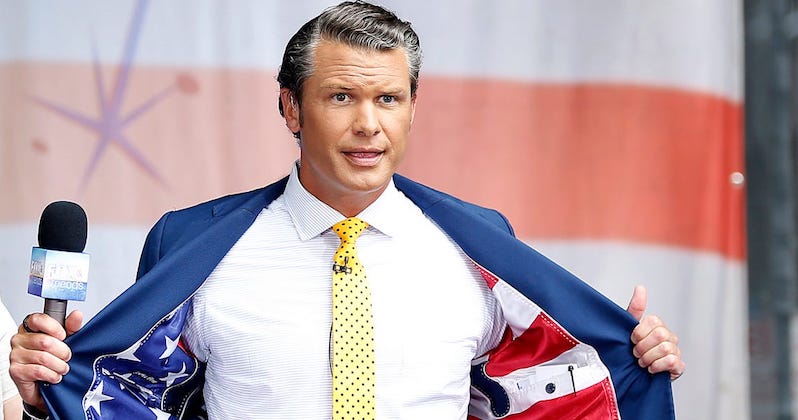 Because there is no morality in capitalism, Fox News is getting its own imprint at HarperCollins.

To mark the 24th anniversary of the Fox News Channel’s debut, HarperCollins and Fox News Media have announced the creation of a new imprint that will publish a stream of books I’m sure you’ll read by Fox News personalities.

If the pairing seems unexpected, it’s anything but. Rupert Murdoch, who created the Fox Broadcasting Company, runs News Corp., the media entity that in turn controls HarperCollins.

In a statement, Fox Media CEO Suzanne Scott wrote that Fox News Books will cater to the news corporation’s audience, bringing them “more of the compelling stories they’ve come to rely on Fox News Media personalities to deliver.”

Fox News host Pete Hegseth will be the imprint’s first published author. His book Modern Warriors: Real Stories from Real Heroes comes out in November. Next year, host Shannon Bream is coming out with a book about women from the Bible.

Especially jazzed to see that HarperCollins will publish Hegseth, a conspiracist-supporting climate change denier and raging Islamophobe who urged the president to pardon war criminals.