Because of the ten plagues, the Nile River ran red with blood.

A Poem by Jill Bialosky

every firstborn threatened by an avenging angel—you had to mark
the door with blood of a sacrificed lamb so that God would pass over it.

on their jacket. Later, in the camps, a white armband
with a blue Jewish Star bound on their left arm. Babies in prams, too

had to wear them, infants tossed in the air and used as targets
for machine guns. Oh, holy war. Because someone painted a Swastika

on the door of a dorm room where three Jewish students reside,
Jews will not replace us, because in the complex, only the apartments

of minorities had signs marking their doors. Because on a college
campus, a Swastika was carved into the purity of white fallen snow.* 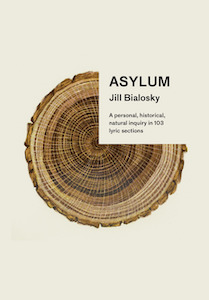 Excerpt from Asylum c. 2020 by Jill Bialosky, by permission of Alfred A Knopf, a division of Penguin Random House LLC New York.

Jill Bialosky is the author of four acclaimed collections of poetry, most recently The Players; three critically acclaimed novels, most recently, The Prize; a New York Times best-selling memoir, History of a Suicide: My Sister's Unfinished Life; and Poetry Will Save Your Life: A Memoir. Her poems and essays have appeared in Best American Poetry, The New Yorker, The Atlantic, Harper's Magazine, O, The Oprah Magazine, The Kenyon Review, Harvard Review, and The Paris Review, among others. She coedited, with Helen Schulman, the anthology Wanting a Child. She is executive editor and vice president at W. W. Norton & Company. Her work has been a finalist for the James Laughlin Prize, the Patterson Prize, and Books for a Better Life. In 2014, she was honored by the Poetry Society of America for her distinguished contribution to poetry. She lives in New York City.
Share: 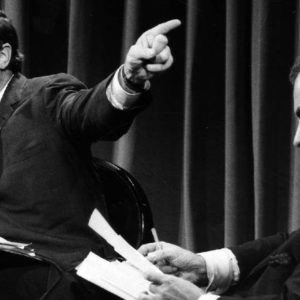 How Do You Know You're a Political Junkie? The coronavirus pandemic is dramatically disrupting not only our daily lives but society itself. This show features conversations...
© LitHub
Back to top
Loading Comments...