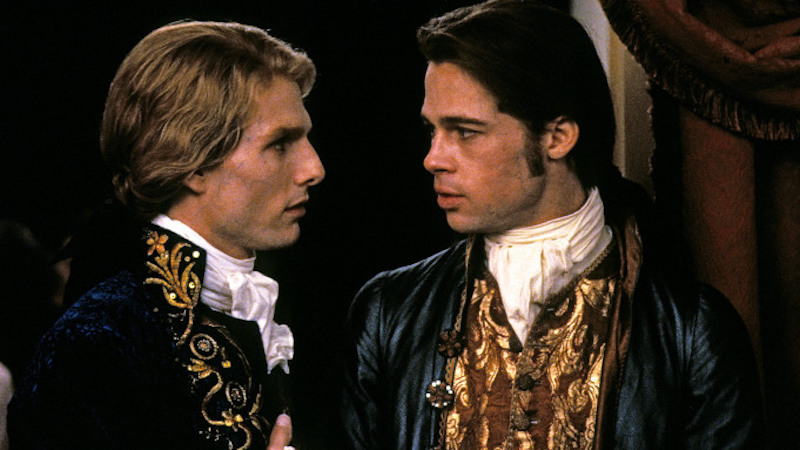 Because IP is also deathless and eternal, AMC is developing an Anne Rice extended TV universe.

Deadline has announced that AMC has greenlit an eight-part television series based on Anne Rice’s novel Interview with the Vampire. Even more notably, AMC Networks acquired the rights to eighteen of Anne Rice’s books last year—including her Vampire Chronicles and Mayfair Witches series—and are looking to turn her novels into a franchise. Said IndieWire, dystopically: “AMC Networks holds the comprehensive rights for this world-renowned and globally coveted intellectual property.”

Producer Mark Johnson (Breaking Bad, Better Call Saul) is set to oversee the Rice-iverse (?) rollout, and executive produce with Rolin Jones (Perry Mason). Happily, Anne Rice and son Christopher Rice are also set as executive producers. “The challenge of adapting the groundbreaking and immensely compelling work of Anne Rice is both intimidating and exhilarating,” said Johnson. “Having previously produced films from such singular works, I recognize both the responsibility and obligation we owe the material.”

Dan McDermott, president of original programming for AMC Networks and AMC Studios, placed the franchise in context of the network’s other IP. Said McDermott, “With The Walking Dead, this Anne Rice collection and our majority stake in Agatha Christie Limited through our own Acorn TV, we are proud to have the stewardship of three unique, fan-forward and beloved franchises and universes, which we are only just beginning to explore.”