Cleaning out the sink drain

A life is a thing you have to start

The fridge is a thing with weak magnets, a little sweaty on the inside

A bag of shriveled lime

I haven’t touched anyone in a year

You asked for beauty, and one morning, a small blue eggshell on the stoop, shattered open, its contents gone

I lied the way you lie to the suicidal

A few times, I said—not Most days

Morning I am still new

When grandmother died, she hadn’t been called beautiful in at least half a century

Is never described as such

Her fallen stockings, the way she spit, thwack of the meat cleaver, the little bones she sucked clean and piled on her plate, not really looking at anyone, and certainly not me

The preceding is from the new Freeman’s channel at Literary Hub, which will feature excerpts from the print editions of Freeman’s, along with supplementary writing from contributors past, present and future. The new issue of Freeman’s, a special edition featuring 29 of the best emerging writers from around the world is available now.

The Story I Tell Myself About My Father's Death 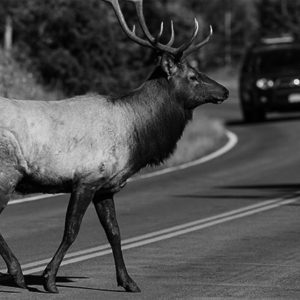 The Story I Tell Myself About My Father's Death When my father took my six-year-old sister on a trip to kill a deer, the deer killed him. They were still winding their way Up North,...
© LitHub
Back to top
Loading Comments...