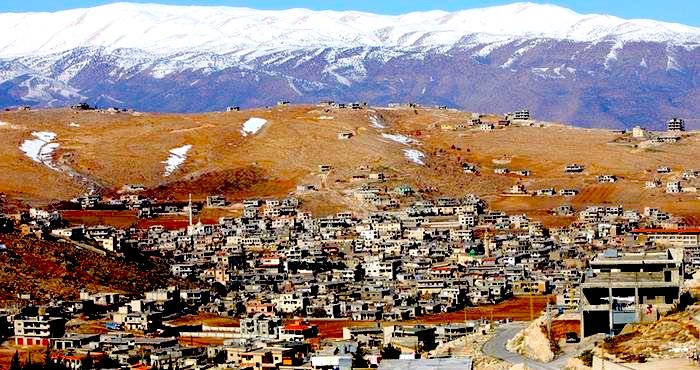 In May 2017, I traveled with the artist Richard Mosse, who was taking thermographic photographs of the refugee camp of Arsal from the army outpost on a hill above the town. Because the region was so volatile, we would never had been allowed permission to visit the area alone. Instead, we went under the protection of Nora Joumblatt, the Syrian, non-Druze wife of the warlord Walid Joumblatt, who is the de-facto head of the Druze minority in Lebanon.

Nora is a prominent patron of the arts and Richard was donating his art to her refugee charity, but it was still far beyond the call of duty for her to personally escort us to an area prone to gunfights between the army and local IS militants. She cut an incongruously stylish figure in a bright lemon silk shirt, cream slacks and immaculately coiffed hair as she shook hands with the officers in their dusty fatigues at the outskirts of the town: the embodiment of explicitly feminine power in a military-macho setting. I had met her in Beirut the previous evening, and she stood out even in that superlatively glamorous city—here, she moved with incredible assurance among the tanks and sandbags as though viewing exhibits at the Venice Biennale, where she had been a few days earlier. She had spent much of the journey relating recent military developments to us as we set off at the crack of dawn from Beirut in an ungainly motorcade: the three of us in a non-armored Range Rover driven by her bodyguard, joined by open-topped jeeps full of armed soldiers as we approached the outpost.

Listening to her explain the troubled relationship between the Shia militant group Hezbollah and the Lebanese army, and the political obstacles she encountered with her local charity work, it struck me that she should make the leap from warlord-wife to world leader at the earliest available opportunity—it would be a continuation of the political family tradition that saw her father Ahmad al-Sharabati negotiate Syria’s transition from French rule between 1946 and 1948, just as the 1948 Arab-Israeli War broke out just across the nearby hills from Arsal in Syria. Driving through the surrounding villages, it is impossible not to notice the posters of Nasrallah, the Hezbollah leader, plastered on every lamp post.

In 20I4, IS forces took Arsal and at the time of my visit were still in control since Hezbollah withdrew, leaving the area to a small outfit of Lebanese soldiers who kept well out of town. I noticed that the soldiers were even more nervous than I was. They refused to take us into the town itself, or the camp (which held around 120,000 Syrian refugees); predictably, there was a burst of gunfire directed at the outpost while we were up there, making sense of the sandbags. Many of the refugees in the camp were the families of IS fighters, who stored their weapons in the tents before going to fight over the border.

Two days before our visit, a local woman had been kidnapped and knifed in the neck by IS because they suspected she was a spy for Hezbollah—the mayor showed me horrible photos on his phone. He seemed bowed down by his responsibilities: “If there is no gunfire for a day or two, I get worried—maybe something bigger will happen.” The mayor before him was dismissed over fears he was colluding with the group. His deputy, Rina Krounbi, is a Communist and the first woman to win the post by popular vote; she told me she received daily anonymous death threats because she refuses to wear the headscarf. The two of them met our party with a group of local village elders, who wanted to petition Nora to apply pressure on her husband Walid to lobby for extra government funding for sanitation and education. Within days, Nora had managed to get the ministry of education to allocate money for a new school; so, a Muslim-majority town had successfully appealed to a powerful Druze-aligned woman to intervene on their behalf, having drawn a blank with their own political representatives—one of many signs that “representative” tribal Lebanese politics do not work.

Up at the army outpost—a bleak, sandy, sun-blasted outcrop of land with no shrubs for miles around, and no internet or phone coverage—I noticed lovesick graffiti etched in to the barrack walls: “Ahmet <3 Nadim.” Sentry duty is a lonely job, particularly without access to the internet. As I waited for Richard to take his photo, a lengthy process requiring a 120kg military-grade thermographic camera which aroused the suspicions but also the respect of the soldiers accompanying us (“Wow, how much is the CIA paying you?”), I got chatting to Joseph, an officer who spoke excellent English thanks to the Lebanese army’s practice of sending officers to America and Europe on a kind of military Erasmus exchange program.

Joseph revealed himself to belong to the Greek Orthodox Church; he claimed that among the lower ranks of his particular division, 90 percent of the men were Muslim and 10 percent Christian, and that the latter only socialize among themselves. He did concede, however, that most officers were, like himself, Christian. As we talked under the beating sun he gradually revealed his ambitions to rise up to Greek Orthodox division general. I asked him if he had ambitions beyond that. “Higher than that?” he smiled at the ludicrous question. “Well, I could be the defense secretary in the cabinet—that is also reserved for a Greek Orthodox.”

Again, the paradox of Lebanese society struck me: that in a bid to accommodate various religious groups by ensuring each has some role in public life, some worthy position of responsibility, there is in fact a bizarre system of segregation that all too often teeters into entrenched discrimination. No single group ever thinks they have got the best deal; everyone envies the lot of others, like a playground game in which children fight over whose turn it is to play the hero. It is, in fact, an infantile system dressed in adult garb and policed by old men. 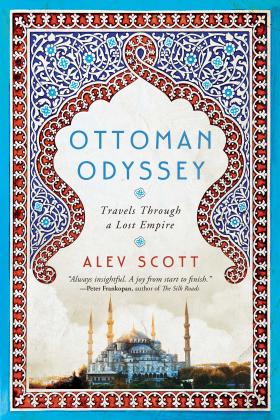 Excerpted from Alev Scott’s Ottoman Odyssey: Travels Through a Lost Empire. Excerpted with permission of the publisher, PEGASUS BOOKS. Copyright © 2019 by Alev Scott.

Alev Scott was born in 1987 to a Turkish mother and a British father. She studied Classics at New College, Oxford, where she was taught by Robin Lane Fox. After graduating, she worked in London as an assistant director in theater and opera before moving to Istanbul in 2011. Alev taught herself Turkish and immersed herself in the Turkish side of her heritage and wrote the widely acclaimed Turkish Awakening: Behind the Scenes of Modern Turkey, which was published by Faber in 2014. The book was brilliantly reviewed by Norman Stone, Owen Matthews, and Elif Shafak among others. She has since reported from Turkey for a wide number of newspapers, most specifically for the Financial Times. Her new book, Ottoman Odyssey: Travels Through a Lost Empire is out May 2019 via Pegasus Books. 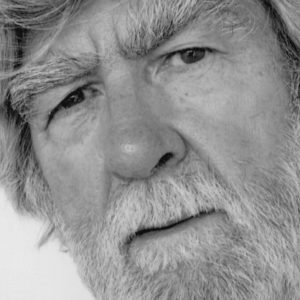 Stanley Plumly, poet and Professor of English at the University of Maryland, died on Thursday, April 11, 2019 of multiple...
© LitHub
Back to top
Loading Comments...