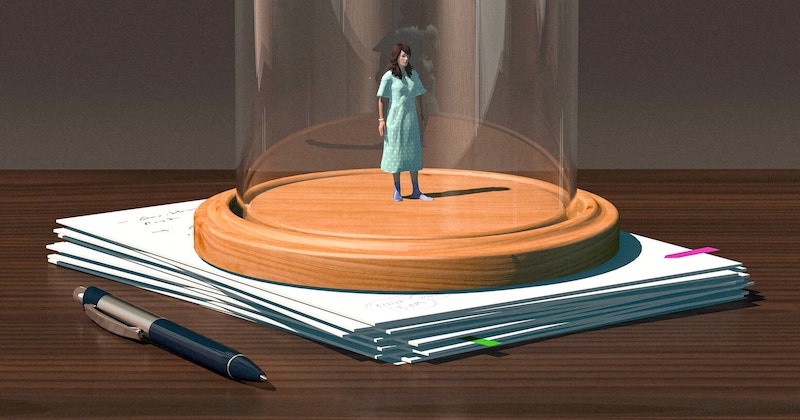 “Bad Art Friend” has resulted in a slew of staff changes and internal review at GrubStreet.

We’ve talked a lot about “Who Is The Bad Art Friend,” the saga of Dawn Dorland vs. Sonya Larson. Dorland posted extensively on Facebook about donating her kidney; Larson lifted the post and put it in a short story; the ensuing legal battle led to the exposure of the groupchat records of Larson’s writing group, the Chunky Monkeys, which mocked Dorland at length and strategized about how to avoid plagiarism claims.

Now, Publishers Weekly has reported that GrubStreet, Boston’s largest nonprofit writing organization—where Dorland and Larson met, and where many of the Chunky Monkeys were employed—is responding to the Bad Art Friend controversy with major staff changes and internal and external reviews. “We have a responsibility to ensure that the action of our staff and instructors are not in conflict with our values or mission. We also have the responsibility to safeguard the artistic standards expected in our classrooms,” said GrubStreet founder and executive director Eve Bridburg in a statement.

The immediate staff changes: as agreed to by GrubStreet’s executive leadership and board, Sonya Larson has left her leadership role as head of GrubStreet’s annual Muse & the Marketplace conference; Alison Murphy, a Chunky Monkey who told Larson that all the Chunky Monkeys would “ice [Dorland] out if she tries to mess with you,” has left her role as Director of Online Learning. Jennifer De Leon, another Chunky Monkey groupchat member, has resigned from the Grub Street board of directors. (During the events of Bad Art Friend, De Leon wrote to Boston Book Fest’s Deborah Porter asking her to not cancel the distribution of “The Kindest,” to which Porter responded in part, “I am wondering what gives you the right to be angry about our decision? That story should never have been submitted to us in the first place as it carried a threat of lawsuit from the get-go.”)

Artistic director Christopher Castellani—himself a Chunky Monkey groupchat member—will stay with the organization. (He wrote an apologetic note to GrubStreet members on October 30th: “I wrote some of those unprofessional emails as an admittedly hyperbolic, deliberately provocative, and highly performative way of supporting my friend and fellow writer . . . I hope I can earn your trust, as well as your forgiveness.”)

Since the Bad Art Friend story went public, GrubStreet hired an independent third party, legal firm Locke Lord, to assess GrubStreet’s actions—including their handling of an HR complaint made by Dorland against Larson which cited Larson’s plagiarism; refusing to speak to Dorland at the 2017 Muse conference, at which Dorland was an instructor; and telling Dorland not to write about race. This complaint was handled by GrubStreet CFO Ian Jude Chio. The investigation seemed to lead nowhere, as Dorland received no response after the initial response to her complaint, prompting her to resign from GrubStreet, to which Bridburg responded, “We will certainly respect your wishes and accept your resignation effective today.” According to Bridburg’s statement, Locke Lord determined GrubStreet’s handling of the complaint to be “entirely professional and thorough,” and found no issue with the resolution of the complaint. Locke Lord will continue to advise GrubStreet by reviewing all of their internal standards.

“We’re deeply saddened by this incident and for the pain, break in trust, anxiety, and anguish that many of you have experienced,” wrote Bridburg. “We are truly sorry for the ways in which we didn’t live up to our values as an organization. It is our responsibility as individuals and as an organization to actively build a community of support and inspiration, and it’s our hope that through the work ahead, we can regain the trust of all our members and move forward together in a positive and productive way.”