The following is from Kevin Killian's book, Fascination. The book brings together two of Killian's works: Bedrooms Have Windows, and Bachelors Get Lonely, a previously unpublished prose work. The two together depict gay life in 1970s Long Island, and Killian's early years struggling to become a writer in a sexed-up, drug-ridden environment. Kevin Killian was a poet, novelist, and one of the founding members of the New Narrative movement.

Again I approach the Church, St. Joseph’s at Howard and Tenth, south of Market in San Francisco. It’s a disconcerting structure, in late Mission style, but capped with two gold domed towers out of some Russian Orthodox dream. I’m following two uniformed cops, in the late afternoon this October, we’re followed by the sun as we mount the steps to the big brass doors and enter into the darkness of the nave. I see the pastor, Filipino, short and shambling, approach us from the altar, where two nuns remain, arranging fall flowers around the vestibule. I fall back while the cops detain the priest. They’re passing him a sheaf of legal papers regarding the closing of the church, which has been damaged beyond repair by the earthquake of ’89. Anger crosses the priest’s handsome face, then he shakes the hands of the two policemen; all shrug as if to say, shit happens. I glance up at the enormous crucifix where the image of Christ is sprawled from the ugly nails. His slender body, a rag floating over his dick. His face, white in the darkened upper reaches of the Church. His eyes closed, yet bulging with pain. Again I bend my knee and bow, the body’s habitual response. Across my face and upper torso I trace the sign of the cross, the marks of this disputed passage. I’m dreaming again—again the dreaming self asserts its mastery of all of time, all of space.

Late in the ’60s Mom and Dad enrolled me in a high school for boys, staffed by Franciscans. I was a scrawny, petulant kid with an exhibitionist streak that must have screamed trouble in every decibel known to God or man. My parents had tried to bring me up Catholic, but as I see myself today, I was really a pagan, with no God but experience, and no altar but my own confusing body. In a shadowy antebellum building high on a hill above us, the monks rang bells, said office, ate meals in the refectory, drank cases of beer. In the halls of St. A—, bustling with boys, I felt like the narrator in Ed White’s Forgetting Elena, marooned in a society I could hardly understand except by dumb imitation. In every room a crucifix transfixed me with shame: I felt deeply compromised by my own falsity. My self was a lie, a sham, next to the essentialism of Christ, He who managed to maintain not only a human life but a divine one too. He was God, the Second Person of the Trinity.

Again I bend my knee and bow, the body’s habitual response. Across my face and upper torso I trace the sign of the cross, the marks of this disputed passage. I’m dreaming again—again the dreaming self asserts its mastery of all of time, all of space.

But I talked a good game, as any bright student can, and did my best to get out of my schoolwork, so I’d have more time to develop my homosexuality. I spent a year in French class doing independent study, reading Gone with the Wind in French, while the other students around me mumbled “Je ne parle pas” to an implacable friar. Presently I was able to convince the history teacher that reading Gone with the Wind in French should satisfy his requirements too. Then I could go home and confront my appalled parents by saying, “This is something I have to read for school.”

Later on, when I was a senior and drunk all the time, a friend and I invented an opera, a collaboration between Flaubert and Debussy, set in outer space and ancient Rome, that we called Fenestella. George Grey and I flogged this opera through French class, music class, World Literature, etc. We recounted its storyline, acted out its parts, noted the influence of Fenestella on Stravinsky, Gide, etc, you name it. Our teachers slowly tired of Fenestella, but we never did. The heroine was an immortal bird—a kind of pigeon—sent by St. Valentine out into Jupiter to conquer space in the name of love—on the way to Jupiter she sings the immortal “Clair de Lune.” I must have thought I too was some kind of immortal bird, like Fenestella, like Shelley’s skylark. None of our teachers pointed out the unlikelihood of Flaubert (d. 1880) and Debussy (b. 1862) collaborating on anything elaborate. We had them quarrelling, reuniting, dueling, taking bows at La Scala, arguing about everything from le mot juste to the Cathedrale engloutie. Nobody said a word, just gave us A’s, praised us to the skies.

I talked a good game, as any bright student can, and did my best to get out of my schoolwork, so I’d have more time to develop my homosexuality.

I had no respect for most of these dopes. In later life I was to pay the piper by dallying with several teens who had no respect for me. Nothing’s worse than that upturned, scornful face, that throws off youth’s arrogance like laser rays. When I was 16 I had the world by the tail. But in another light the world had already made me what I was, a blind struggling creature like a mole, nosing through dirt to find its light and food.

In religion class Brother Padraic had us bring in pop records which we would play, then analyze like poetry. It was a conceit of the era, that rock was a kind of poetry and a way to reach kids. Other boys, I remember, brought in “poetic” records like “All Along the Watchtower,” “At the Zoo,” “Chimes of Freedom.” The more daring played drug songs—“Sister Ray,” “Eight Miles High,” “Sunshine Superman,” or the vaguely scandalous—“Let’s Spend the Night Together.” When it was my turn I brandished my favorite original cast album—My Fair Lady—and played “Wouldn’t It be Loverly.” Now, that’s poetry, I would say expansively, mincing from one black tile to a red tile, then sideways to a white tile, arms stretched out appealingly. After the bell rang a tall man dressed in black stepped out of the shadows between lockers and said, “Have you considered psychological counselling?” I should have been mortified, but I shook my head like a friendly pup and, with purposeful tread, followed him to his office. Then the office got too small for his needs and he drove me to what I soon came to think of as our place, down by the river, down by the weeds and waterbirds.

When I was 16 I had the world by the tail. But in another light the world had already made me what I was, a blind struggling creature like a mole, nosing through dirt to find its light and food.

Getting in and out of a VW bug in those long black robes must have been a bitch. Funny I didn’t think of that till later. It happened in front of my eyes but I didn’t really notice. I was too—oh, what’s the word—ensorcelled. He—Brother Jim— wasn’t exactly good-looking, but he had something that made up for any defect: he’d taken that precious vow of celibacy, though not, he confided, with his dick. First I felt for it through the robes, then found a deep slit pocket I was afraid to slip my hand into. Then he laughed and lifted the robe over his legs and over most of the steering wheel. And down by the gas pedal and the clutch he deposited these awful Bermuda shorts and evocative sandals. And his underwear. His black robe made a vast tent, then, dark in the day, a tent I wanted to wrap myself up in and hide in forever, with only his two bent legs and his shadowy sex for company. So I sucked him and sucked him, Brother Jim.

“Why don’t you turn around?” he asked. “Pull those pants all the way down, I like to see beautiful bodies.” He made my knees wobble as he licked behind them. Wobble, like I couldn’t stand up. On the wind, the scents of sand cherry and silverweed, the brackish river. The squawk of a gull. Scents that burned as they moved across my face, like incense. After a while he told me how lonely his life was, that only a few of the other monks were queers, there was no one to talk to. “You can talk to me,” I told him, moved. Every semester he and the few other queer monks judged the new students like Paris awarding the golden apple. Some of us had the staggering big-lipped beauty that April’s made from; some of us were rejected out-of-hand, and some of us, like me, seemed available. Then they waited till they felt like it, till they felt like trying one of us out.

He made me feel his . . . dilemma, would you call it? Boys, after all, are tricky because they change from week to week. You might fancy a fresh complexion: act right away, for in a month that spotless face will have grown spotted, or bearded, or dull. You might reject me because I have no basket, well, too bad, because by Christmas I’ll be sporting these new genitals Santa brought me, big, bad and boisterous. This was Jim’s dilemma—when you’re waiting for a perfect boy life’s tough. So they traded us, more or less. Always hoping to trade up, I guess. “Don’t trade me,” I pleaded with him. “Oh never,” he said, tracing the nape of my neck absently, while on the other side of the windshield darkness fell on a grove filled with oaks and wild hawthorn. “Never, never, never.”

From Fascination. Used with permission of Semiotext(e). Copyright © 2018 by Kevin Killian.

Rewriting Trauma: The Business of Storytelling in the Age of the Algorithm 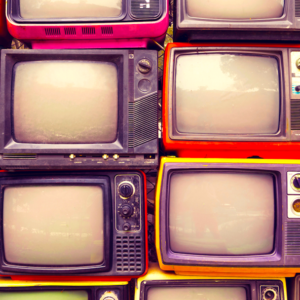 Rewriting Trauma: The Business of Storytelling in the Age of the Algorithm The following is adapted from a lecture originally given at the World Conference of Screenwriters in Berlin, in October of this...
© LitHub
Back to top