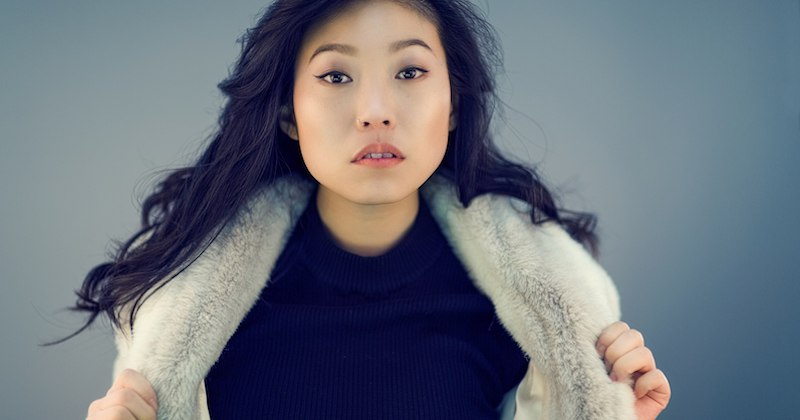 Awkwafina is your host for the 2021 PEN America Literary Gala.

This year’s PEN America Literary Gala has an unexpected yet exciting guest: Golden Globe-winning actor, writer, producer, rapper, and comedian Awkwafina. The gala, scheduled for October 5th, will take place in person at the American Museum of Natural History in NYC. (In accordance with local and state health and safety protocols, of course.)

PEN America CEO Suzanne Nossel had nothing but praise for the multitalented entertainer: “Awkwafina is unapologetic, smashing through barriers in the entertainment business and setting a new course for representation in popular culture. She’s a leader in the industry, and we’re excited to bring her to our stage this fall to celebrate the freedom to speak and the freedom to write.”

Awkwafina (real name Nora Lum) earned a Golden Globe for Best Actress for her role in The Farewell (2019). Written and directed by Lulu Wang, the film centers on Billi Wang (Awkwafina), a Chinese-born, US-raised woman who ventures back to Changchun and discovers that her beloved grandmother Nai-Nai only has weeks to live, but her family has decided to keep it a secret from the unknowing matriarch. You can also catch Awkwafina in the Comedy Central series Awkwafina is Nora from Queens; the second season premieres on August 18th. In 2015, she wrote the travel guide Awkwafina’s NYC, which was published by Penguin Random House. And in September of this year, she’ll officially become a part of the Marvel universe (GET THAT DISNEY MONEY, GURL!) with her turn as Katy in Shang-Chi and The Legend of The Ten Rings.

The organization previously announced that this year’s honorees include Robert A. Iger and Henry Louis Gates, Jr. Presenters include Jodie Foster, Lin-Manuel Miranda, and Wole Soyinka.