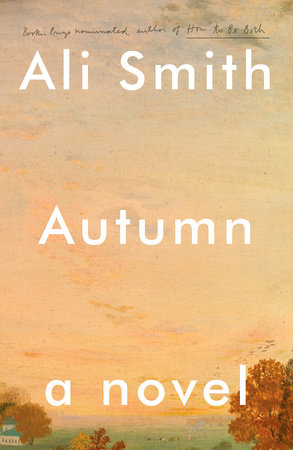 The following is from Ali Smith’s novel, Autumn. Smith is the author of ten previous works of fiction. Her novel, How to Be Both won the Costa Novel Award, the Baileys Women's Prize for Fiction, the Goldsmiths Prize, and the Saltire Literary Book of the Year Award. Her story collections include Free Love, which won a Saltire Society First Book of the Year Award and a Scottish Arts Council Award, and The Whole Story and Other Stories.

It was the worst of times, it was the worst of times. Again. That’s the thing about things. They fall apart, always have, always will, it’s in their nature. So an old old man washes up on a shore. He looks like a punctured football with its stitching split, the leather kind that people kicked a hundred years ago. The sea’s been rough. It has taken the shirt off his back; naked as the day I was born are the words in the head he moves on its neck, but it hurts to. So try not to move the head. What’s this in his mouth, grit? it’s sand, it’s under his tongue, he can feel it, he can hear it grinding when his teeth move against each other, singing its sand-song: I’m ground so small, but in the end I’m all, I’m softer if I’m underneath you when you fall, in sun I glitter, wind heaps me over litter, put a message in a bottle, throw the bottle in the sea, the bottle’s made of me, I’m the hardest grain to harvest

the words for the song trickle away. He is tired. The sand in his mouth and his eyes is the last of the grains in the neck of the sandglass.

Daniel Gluck, your luck’s run out at last.

He prises open one stuck eye. But –

Daniel sits up on the sand and the stones

He shades his eyes. Very bright.

He is on a sandy stony strand, the wind distinctly harsh, the sun out, yes, but no heat off it. Naked, too. No wonder he’s cold. He looks down and sees that his body’s still the old body, the ruined knees.

He’d imagined death would distil a person, strip the rotting rot away till everything was light as a cloud.

Seems the self you get left with on the shore, in the end, is the self that you were when you went.

If I’d known, Daniel thinks, I’d have made sure to go at twenty, twenty five.

Or perhaps (he thinks, one hand shielding his face so if anyone can see him no one will be offended by him picking out what’s in the lining of his nose, or giving it a look to see what it is–it’s sand, beautiful the detail, the different array of colors of even the pulverized world, then he rubs it away off his fingertips) this is my self distilled. If so then death’s a sorry disappointment.

Thank you for having me, death. Please excuse me, must get back to it, life.

He stands up. It doesn’t hurt, not so much, to.

He turns a half circle. Sea, shoreline, sand, stones. Tall grass, dunes. Flatland behind the dunes. Trees past the flatland, a line of woods, all the way back round to the sea again.

The sea is strange and calm.

Then it strikes him how unusually good his eyes are today.

He can focus on the loaded seedhead at the end of any piece of grass on those dunes over there pretty much as if he were using a camera zoom. And did he just look down at his own hand and see not just his hand, in focus, and not just a scuff of sand on the side of his hand, but several separate grains of sand so clearly delineated that he can see their edges, and (hand goes to his forehead) no glasses ?

He rubs sand off his legs and arms and chest then off his hands. He watches the flight of the grains of it as it dusts away from him in the air. He reaches down, fills his hand with sand. Look at that. So many.

How many worlds can you hold in a hand.

In a handful of sand.

He opens his fingers. The sand drifts down.

Now that he’s up on his feet he is hungry. Can you be hungry and dead? Course you can, all those hungry ghosts eating people’s hearts and minds. He turns the full circle back to the sea. He hasn’t been on a boat for more than fifty years, and that wasn’t really a boat, it was a terrible novelty bar, party place on the river. He sits down on the sand and stones again but the bones are hurting in his, he doesn’t want to use impolite language, there’s a girl there further up the shore, are hurting like, he doesn’t want to use impolite –

Yes, with a ring of girls round her, all doing a wavy ancient Greek looking dance. The girls are quite close. They’re coming closer.

This won’t do. The nakedness.

Then he looks down again with his new eyes at where his old body was a moment ago and he knows he is dead, he must be dead, he is surely dead, because his body looks different from the last time he looked down at it, it looks better, it looks rather good as bodies go. It looks very familiar, very like his own body but back when it was young.

A girl is nearby. Girls. Sweet deep panic and shame flood through him.

He makes a dash for the long grass dunes (he can run, really run!), he puts his head round the side of a grass tuft to check nobody can see him, nobody coming, and up and off (again! not even breathless) across the flatland towards those woods.

There will be cover in the woods.

There will maybe be something too with which to cover himself up. But pure joy! He’d forgotten what it feels like, to feel. To feel even just the thought of one’s own bared self near someone else’s beauty. 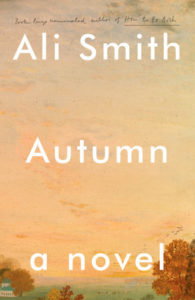 Excerpted from Autumn by Ali Smith. Copyright © 2016 by Ali Smith. Used with permission of Pantheon. All rights reserved. No part of this excerpt may be reproduced or reprinted without permission in writing from the publisher. 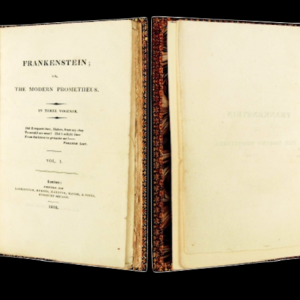 Lit Hub Weekly: March 6 - 10, 2017 “Beware the danger of what I call Feminism Lite.” A profile of Chimamanda Ngozi Adichie and excerpt from her forthcoming...
© LitHub
Back to top
Loading Comments...