Veronica Chambers is the editor for Narrative Projects at The New York Times. She is a prolific author, best known for The New York Times-bestseller Finish the Fight!, which was named a best book of the year by The Washington Post, The New York Public Library, and others. Her other works include the critically acclaimed memoir Mama's Girl, Shirley Chisholm Is a Verb, and the anthologies The Meaning of Michelle—a collection by writers celebrating former first lady Michelle Obama—and Queen Bey: A Celebration of the Power and Creativity of Beyoncé Knowles-Carter. Born in Panama and raised in Brooklyn, she writes often about her Afro-Latina heritage. She speaks, reads, and writes Spanish, but she is truly fluent in Spanglish.

Jennifer Harlan is a member of the archival storytelling team on the Special Projects desk at The New York Times. Since 2014, she has also covered books, natural disasters and the opioid crisis. She has a degree in comparative literature and French studies from Brown University and is a co-author of the book Finish the Fight!: The Brave and Revolutionary Women Who Fought for the Right to Vote." 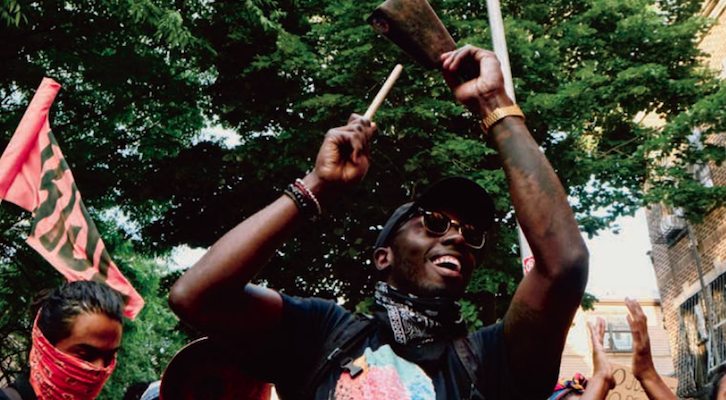 “The lineage of protest music has continued into the age of Black Lives Matter.”