Romeo Alaeff was born in Brooklyn, New York, in 1970. He has exhibited internationally in major museums, galleries, and film festivals including: Lyon Biennale, France; Artists Space, NYC; International Print Center, NYC; Dundee Contemporary Arts Center, Scotland; Brooklyn Academy of Music, NYC; State Hermitage Museum, St. Petersburg, Russia; Chelsea Art Museum, NYC; NY Video Festival, Lincoln Center; Witte de With, in conjunction with the International Film Festival, Rotterdam; National Museum, Madrid; Museum of Contemporary Art, Barcelona; Dallas Museum of Art; and Cartier Foundation, Paris. Romeo is the author of the photobook, In der Fremde: Pictures from Home (Hatje Cantz, 2020) and I’ll be Dead by the Time You Read This: The Existential Life of Animals, a “humor/philosophy” book of drawings (Penguin/Plume, 2011). Alaeff is also the founder and editor-in-chief of Lines & Marks, an online publication dedicated to the role and practice of drawing across the arts and sciences.

Charles Simic was born in former Yugoslavia in 1938. During World War II, when he was fifteen, he emigrated with his family from war-torn Belgrade to Paris and then to New York City. He is one of the most regarded—and prolific—writers of poetry, essays, and translations living today. A former US poet laureate and co-poetry editor of The Paris Review, his work has won numerous awards, including the 1990 Pulitzer Prize and the MacArthur Genius Grant. He has also worked as an editorial assistant for the photography magazine Aperture. Simic received the Frost Medal for “Lifetime Achievement in Poetry” and was elected to the American Academy of Arts and Letters in 1995, receiving the Academy Fellowship in 1998. Simic is professor emeritus of creative writing and literature at the University of New Hampshire, where he has taught since 1973.
https://linesandmarks.com/ 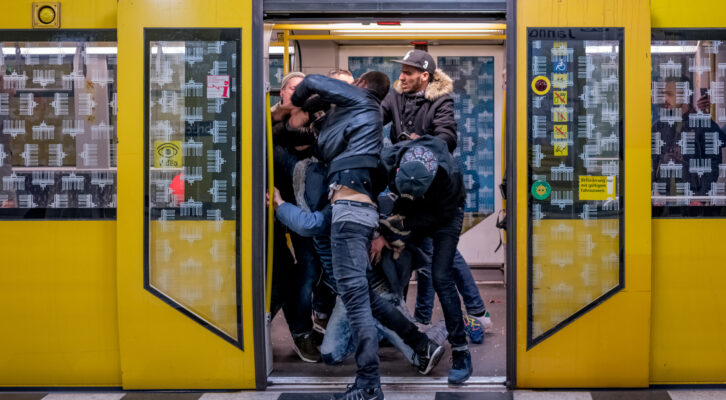 On Being an Outsider: Words by Charles Simic, Photos by Romeo Alaeff

“Exiles usually imagine that theirs is a temporary situation.”