Selected by President Obama to be the fifth inaugural poet in history, Richard Blanco followed in the footsteps of Robert Frost and Maya Angelou. The youngest, first Latino, first immigrant, and first openly gay person to serve in the role, he read his inaugural poem, "One Today," on January 21, 2013. Blanco and his family arrived in Miami as exiles from Cuba through Madrid, where he was born. The negotiation of cultural identity and universal themes of place and belonging characterize his three collections of poetry. His poems have also appeared in The Best American Poetry and Great American Prose Poems. Blanco is a fellow of the Bread Loaf Writers’ Conference, a recipient of two Florida Artist Fellowships, and a Woodrow Wilson Visiting Fellow. A builder of cities as well as poems, he is also a professional civil engineer and lives in Bethel, Maine, and Miami, Florida. He currently serves as the Education Ambassador for the American Academy of Poets. 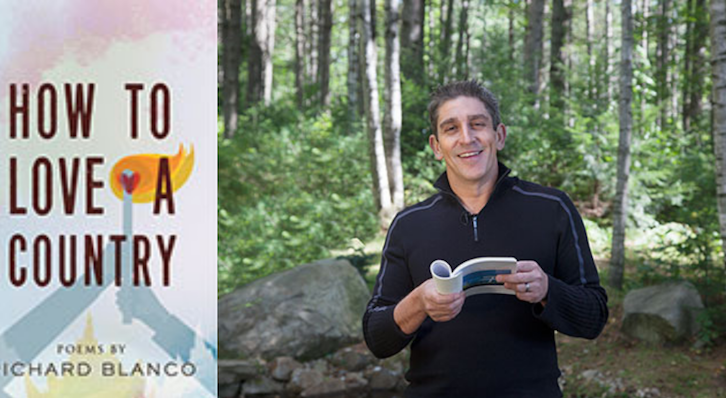 Richard Blanco: ‘I Don’t Subscribe to the Notion of Writer’s Block’

On Growing Up in Miami and Overcoming the Fear of Poetry