Rebecca Hall, JD, PhD, is a scholar, activist, and educator. After graduating Berkeley Law in 1989, she represented low-income tenants and homeless families for eight years before returning to get her PhD in history. She has taught at UC Santa Cruz, Berkeley Law, Berkeley’s history department, and as a visiting professor of law at the University of Utah. She writes and publishes on the history of race, gender, law, and resistance as well as articles on climate justice and intersectional feminist theory. Rebecca has been an activist her entire life, fighting for women’s and LGBT rights and against nuclear weapons, Apartheid, and US militarism. She is dedicated to the movement for Climate Justice, and is also currently involved with Black Lives Matter and rapid response support for families facing deportation. She is also working on a collection of essays on the history of “racialized gender” in developing chattel slavery in America, and how this shapes our constructs of race and gender to this day. Dr. Hall’s work has been supported by numerous grants and fellowships, including the American Association of University Women, The Ford Foundation, The Mellon Foundation, and the Woodrow Wilson Foundation. You can find out more about her at RebHallPhD.org. Hugo Martínez is an independent comic artist focused on depicting narratives of struggle, identity, and resilience. He is based in New Orleans. 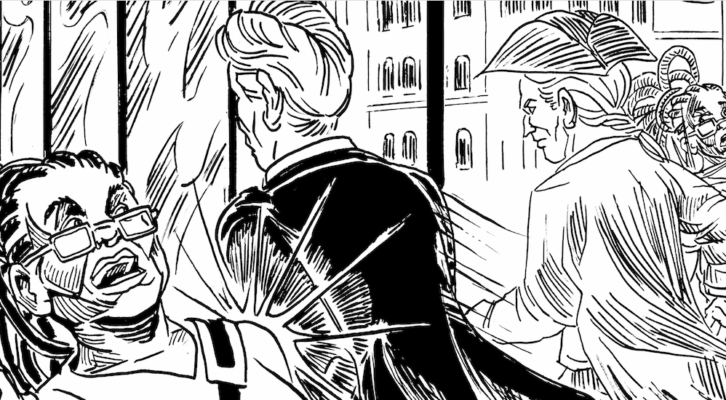