Peter Delpeut (b.1956) is a Dutch author and filmmaker. He has written four novels, several essay books on art and film, and two lyrical books about long distance cycling. The Dutch version of The Big Bend about his cycling trip from Orlando to Las Vegas enjoyed numerous reprints. For his debut novel in 2007 he was nominated for the Gerard Walschap Prize and awarded the Halewijn Prize. He makes films in many genres: found footage, documentary, and features. Many of them are critically acclaimed and prizewinning films. He studied philosophy and film theory, graduating from the Dutch Film Academy in 1984. He served as editor for film magazines Skrien and Versus. From 1988 to 1995 he worked as curator and deputy-director for the Netherlands Filmmuseum (now Eye), famous at the time for its revolutionary color preservations of films from the silent era. In 2005 a retrospective of his film work was presented in Washington D.C., New York and Berkeley. He currently lives in Amsterdam. 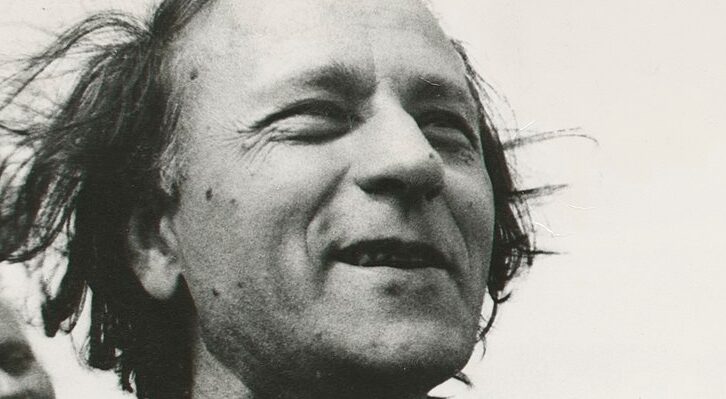 Reckoning with the Memory of Jonas Mekas, Godfather of Avant-Garde Cinema

“I saw no reason to doubt Mekas’s story: hadn’t he written it all down in his diaries and told it in his films?”