Nathaniel Deutsch is a professor of history at the University of California, Santa Cruz, where he holds the Baumgarten Endowed Chair in Jewish Studies and is Director of The Humanities Institute and the Center for Jewish Studies. He has published award-winning books on Eastern European Jewish culture, eugenics and African American Islam, Gnosticism, and Jewish mysticism, as well as a biography of a Hasidic holy woman. His writing has appeared in The New York Times, The New American Haggadah, and many other publications. Michael Casper received his Ph.D. in history from the University of California, Los Angeles. His research has been supported by numerous fellowships, including from the New York Public Library, and he has published in The New York Review of Books, American Jewish History and other journals. 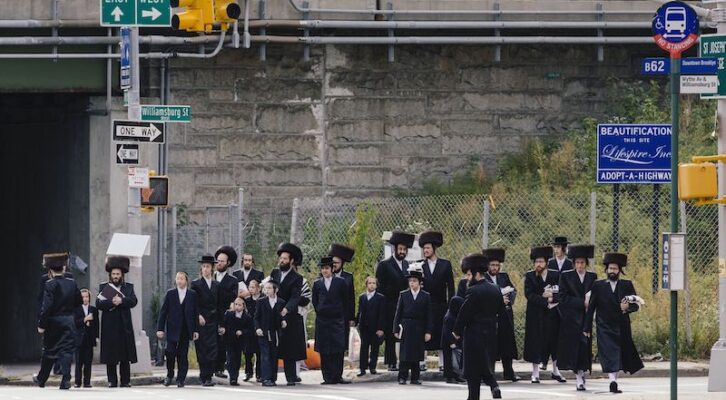 Protecting the “Holy City”
of Williamsburg

Nathaniel Deutsch and Michael Casper on Hasidic Fear
of Gentrification