Minnie Driver is an English and American actress, singer, and songwriter whose films include Circle of Friends, GoldenEye, Big Night, Grosse Pointe Blank, Sleepers, Ella Enchanted, The Phantom of the Opera, and most recently, the Amazon Original film Cinderella. For her role as Skylar in Gus Van Sant's Good Will Hunting, she was nominated for both the Academy Award for Best Supporting Actress and a Screen Actors Guild Award. She has also starred in several television series, including The Riches, for which she received Emmy and Golden Globe nominations, Speechless, Will and Grace, and Amazon’s Modern Love. She has also recorded three albums, Everything I’ve Got in My Pocket , Seastories, and Ask Me To Dance all of which received considerable critical acclaim. She lives in Los Angeles. Photo by Melissa Smith. 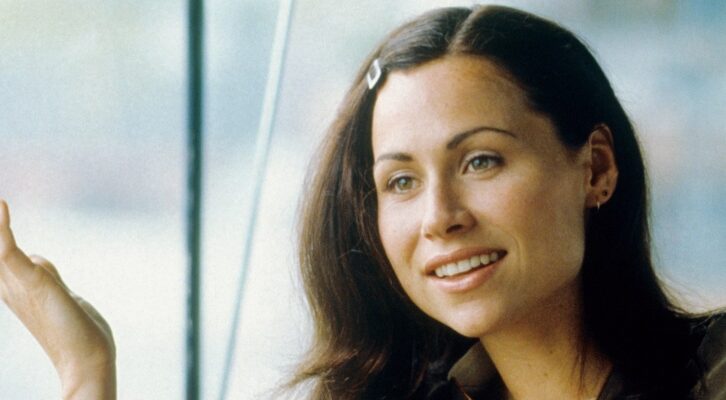 "Realizing there was nowhere to spit out the chocolate, I did what so many women do in the name of pleasing men, and I swallowed."