Melissa Scholes Young was born and raised in Hannibal, Missouri. She is the author of the novels Flood (Hachette, 2017) and The Hive (Turner, 2021). She’s a Contributing Editor for Fiction Writers Review and Editor of two volumes of D.C. Women Writers: Grace in Darkness (2018) and Furious Gravity (2020). Her work has appeared in the Atlantic, Washington Post, Ploughshares, Narrative, Lit Hub, Poet Lore, and Poets & Writers Magazine. Scholes Young was named a Bread Loaf Camargo Fellow and a Quarry Farm Fellow at the Center for Mark Twain Studies. She is an Associate Professor in the Department of Literature at American University in Washington, D.C. You can find her on Twitter @mscholesyoung 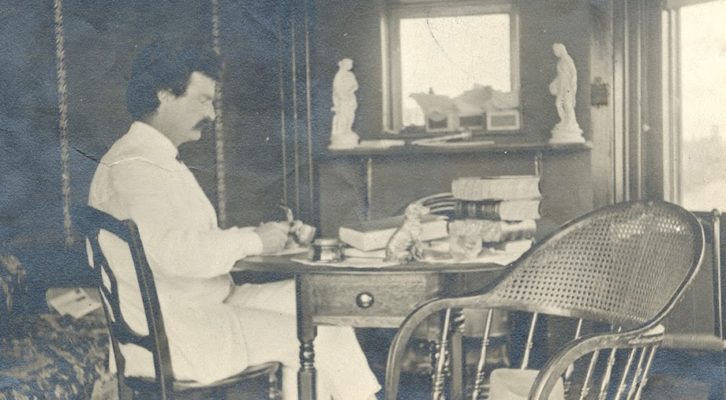 On the Extravagance of Mark Twain’s Family Dishes